What OnePlus and Sony TVs have in common: Google TV has even more ads 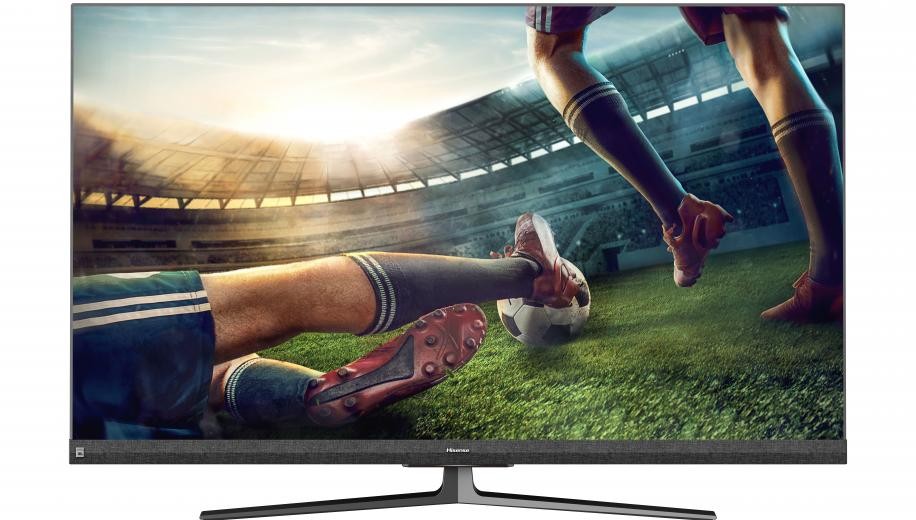 The price of Hisense U8QF series models is much cheaper than that of competitors. In the proposed review of Hisense 55U8QF ULED 4K Multi-HDR, using the example of the model with the smallest screen diagonal, we will try to find the strengths and weaknesses of the U8QF series in order to understand whether it is worth buying.

As soon as you release Hisense from the packaging, then immediately pay attention to the high quality workmanship. The body is nice and flat, with built-in cable ducts at the back, made of aluminum. Display 139 cm. Below is the JBL sound system, covered with acoustic material.

If you prefer to hang your 55-inch TV on the wall, then you should use the VESA 400 x 300 bracket, which is not included in the package. The included 55U8QF remote control fits nicely in your hand.

The remote has separate buttons for the most common streaming services. Hisense 55U8QF comes with a center stand, remote control including batteries, power cord and quick start guide. 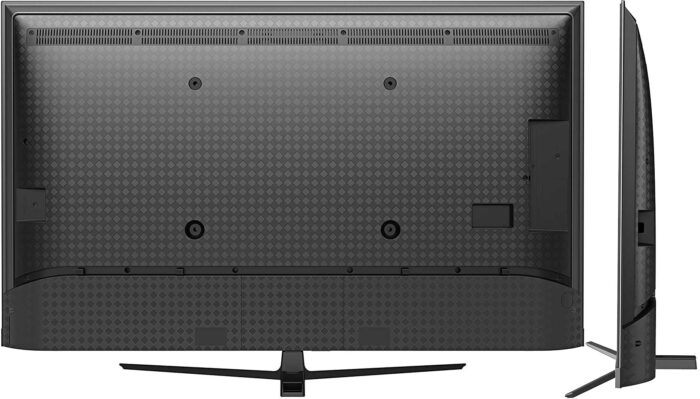 The 55U8QF has a ULED 4K Quantum Dot display with 100Hz refresh rate and array-wide local dimming. Lovers of high-quality images will appreciate these parameters. Hisense U8QF TV series can fully display the DCI-P3 color space in addition to an extended color gamut of over 1 billion colors.

The only thing that is not particularly pleasing is that the color of the matrix is ​​10 bits ( 8 bits + FRC ). With a brightness of 600 cd / m², Hisense is ideal for movies with HDR10 + and Dolby Vision content. https://ultrahd.su/video/hdr10-plus-vs-dolby-vision.html The TV provides an extremely high contrast image (5000: 1) with vivid colors. For bright objects, the LED backlight turns on completely, briefly reaching a brightness of 1000 nits.

In dark scenes, specific areas of the image are individually darkened so that rich blacks and clearly visible grayscale are displayed perfectly, even in high-contrast images. Thanks to the VA matrix, blacks do not “turn” milky gray even when the light is off. Explosions and laser light effects are spectacular.

Fast movements are reproduced smoothly and harmoniously by the 100Hz panel. The U8QF TV has a distinct advantage, especially when watching action-packed action movies and football broadcasts. The U8QF picture is impressive not only when watching ultra-high definition 4K content, but also when watching regular TV programs and movies from DVD discs.

It should also be added that the 55U8QF 4K Ultra Premium TV has 132 controllable dimming zones. Based on all of the above, the conclusion suggests itself that U8QF is almost as good as such leaders as Sony XH950 and Samsung Q90R , except for a 10-bit matrix. On the other hand, none of these competitors have Multi HDR. Thus, Hisense proves that a TV with the same picture quality can be purchased at a slightly cheaper price. The weak point of most flat screen TVs is often the built-in speakers. Large loudspeakers simply cannot be housed in a flat cabinet. In collaboration with American speaker manufacturer JBL Hisense, has created a sound system. The acoustics are well coordinated and convincing with very good sound dynamics and clear dialogues.

However, on deep bass, the technology quickly reaches its limits. In this case, an external soundbar can help, ideally with Dolby Atmos support. One of these is the Soundcore Infini Pro 2.1 soundbar, which has built-in subwoofers and additional speakers for Dolby Atmos. Control is carried out using the TV remote control.

An important element of the Hisense U8QF are the SmartTV functions with its own VIDAA operating system . Compared to Samsung and LG, the selection of apps is slightly smaller. On the other hand, the user is spared from annoying forced ads. In addition to media libraries and a web browser, all major streaming providers are also available.

Amazon Prime Video, Netflix , and Youtube have their own button on the remote. In general, the control is fast. Hisense responds at lightning speed. The system can be operated intuitively.

Instead of a dual tuner, the U8QF has only a receiver (DVB-S2 / T2 / C). Thus, it is possible to record programs only on a connected USB drive. The channel change is fast – no more than three seconds. For PayTV channels, there is a CI + card slot on the back. Four HDMI ports only support 2.0b (4K @ 60Hz). It is not yet known if there will be an upgrade to HDMI 2.1 . There are also two USB 2.0 ports, TosLink optical output, analog AV input. WiFi and Bluetooth are also available on board. LAN RJ45 is available for line internet connection.

A slight downside is the fact that the TV doesn’t have a line-in headphone jack. In case of need for headphones, it is possible to connect an SPDIF adapter to the optical output. The adapter converts the digital signal to analog.

SmartTV functions with VIDAA operating system and Alexa voice control work flawlessly. The disadvantages include a poor selection of installed applications, 8-bit color + FRC and the absence of a line-out for headphones. All these disadvantages are more than offset by the competitive price. 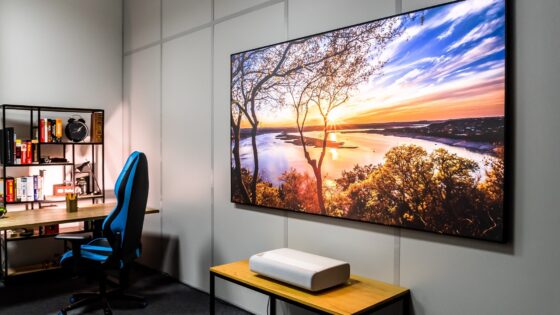 Best projectors of the year 2023 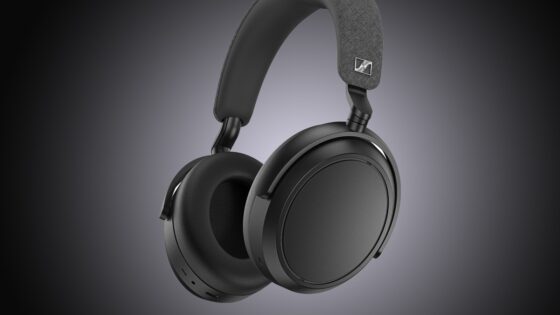 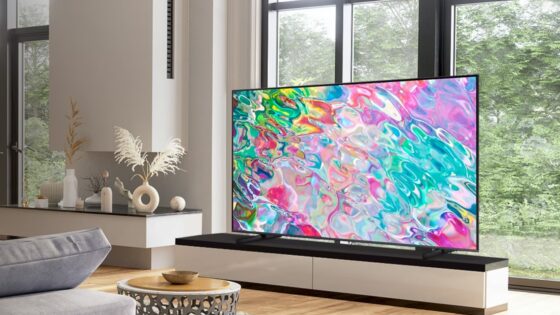 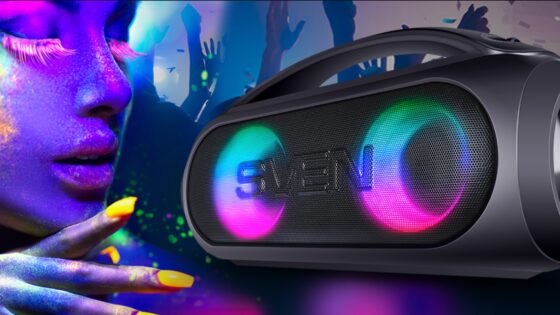