Since the beginning of 2020, Hisense has revamped its entry-level TV lineup. One such series is the AE7200F 4K TVs. Hisense AE7200F models have all the basic features for those looking to purchase a cheap 4K TV.

Before looking at the highlights of the 2020 Hisense AE7200F TV series, there is a detail worth noting. Namely, the similarity with the Hisense A7300F models . When discussing with official support, it turned out that the letters “A” and “AE” in the marking are not accidental.

So Hisense 55AE7200F and Hisense 55A7300F are the same model. The difference in labeling is only due to the sites where Hisense TVs are sold. For example, 55AE7200F is sold online on AliExpress, and 55A7300F is sold in regular stores. By the way, the AE7200F line of TVs is already available on Aliexpress. The design of the AE7200F, like other models of this company, has a rather simple appearance. The table stand is made in the form of a long letter “U”, which securely holds the TV and prevents it from rocking. The build is generally acceptable for a TV in this price range.

These fairly slim TVs come with direct LED backlighting. But from this, the thickness of the 50AE7200F TV is not the smallest. Thus, the appearance and interface are fully consistent with the A7300F series. Therefore, further consideration of this item can be omitted.

Let’s take a look at the main points in the area of ​​the image: contrast, brightness, sharpness and add this information if something was overlooked in the last review of the A7300F. To begin with, note that the AE7200F uses a VA matrix, which has normal black levels.

To improve the contrast ratio in the absence of “physical” local dimming, Hisense uses a dimming system called “Ultra Dimming”. She strives to adjust the brightness in every scene. But as you would expect from a TV at this price point, it doesn’t have much of an impact on the final image.

As for HDR playback, the series only supports HLG and HDR 10. The maximum brightness is limited to 250..300 nits. If you are looking for a TV with good HDR reproduction from the same manufacturer, then it is better to consider the Hisense U7QF (maximum brightness at 700 nits peak).

The panels in the AE7200F series have 8-bit + FRC color depth. To improve color reproduction, the TVs are equipped with a proprietary color management system called “Precision Color”.

Unfortunately, there is no WCG in the A7200, so 90% DCI-P3 coverage is out of the question. Again, here we can refer to the more advanced model Hisense 50U7QF, where the colors look more perfect.

Hisense AE7200F’s image processor is powered by artificial intelligence that automatically upscales low-resolution content and converts it to 4K. Currently, most 4K model makers use AI for image processing, but each has its own AI.

Actually, as we have already seen on other TVs of this brand, scaling is not the strong point of the Highsense models. Processing of dynamic scenes is also not one of the best on the market. Clarity (or blurring) of details does not reach the level of cheap models, as in models from other manufacturers, and the image “generates” more noise on the screen.

By the way, in the 43 and 50-inch models the image is adequate, and the blur is not as noticeable as in the 55AE7200F. From this it becomes clear that all this depends on the price. If you want a TV with a higher quality and larger size, then you will have to increase your purchase budget. Unlike last year’s models, where VIDAA U 3.0 was used, the new series received an update to version 4.0. This also applies to Hisense’s AE7200F. This shell has the most commonly used apps like Netflix, Amazon Prime Video, or YouTube. However, there are not as many applications in the proprietary storage as in the LG webOS or Samsung Tizen operating systems.

The models are compatible with the voice assistant Alexa, but not for all sales markets (this is definitely not available in the Russian segment). The remote has no voice control and has a simple design, although it does have shortcuts to Netflix and YouTube apps. 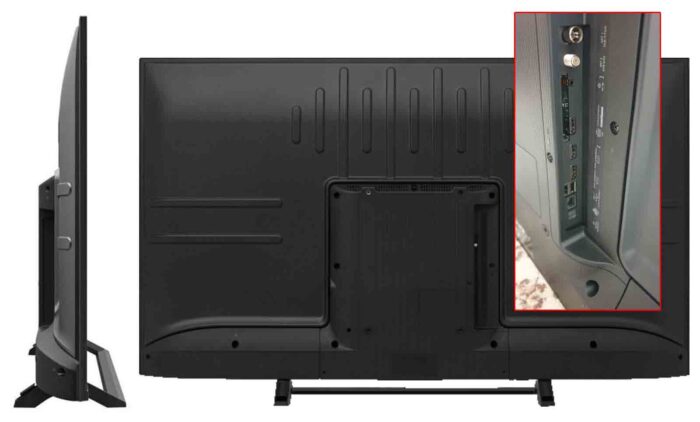 The sound scheme in the AF7200F series is the simplest – 2.0. The 50-inch model houses a pair of 8W full-range speakers. Only Dolby Audio (MS12) and DTS are supported. But it is possible to connect an external speaker system, although we doubt that the TVs of this series will be used for “showing off to neighbors”.

The ports are located the same as in the A7300F series. This is the rear right side of the TV cabinet. The main connections are HDMI 2.0 and USB 2.0, as well as a built-in wireless Wi-Fi interface.

In conclusion of the review of the AE7200F from Hisense, we remind you that these are entry-level models in the Hisense 4K 2020 line. An economical option for those who need a TV without many features and at a low price. You can definitely recommend such a TV if you need a second TV for your home or kitchen. The price of the AE7200F series is definitely a big advantage.

Microsoft Edge has a smart algorithm for working with annoying notifications