Hisense may not be the most famous brand when it comes to 4K TVs. But the Chinese manufacturer in the last couple of years has increasingly asserted itself with the release of products in this segment, offering a range of TVs of exceptionally good quality.

Among the new products, there are advanced models that can compete with leading manufacturers. In last year’s models, you can find TVs at all for the lowest price, despite the fact that they are in the UHD category. This time we would like to tell you about a simple series of N5300 TVs from Haysens.

All TVs in this series are entry-level models, but this does not mean that they do not have interesting points. To understand the pros and cons, consider the Hisense H50N5300 review. And even though this model is far from premium TVs, we consider it necessary to consider the 50-inch version.

TV with a diagonal of 50 inches Hisense 50N5300 is “intermediate” between the smallest 43N5300 and the most popular 55N5300 size. In addition, the series includes the 65N5300. All UHD TVs with smart features. This series can compete with cheap Samsungs or LG models because of the price.

The appearance of the N5300 series TVs is pleasant and unassuming – as it is. The case design is very similar to the previously reviewed A6100 and A6500 series . Like other Hisense models, if they are not wall-mounted (in this version, VESA mount 200 × 200 mm), the TV is mounted on a pair of Y-shaped legs.

The body is made in black, which is another difference from the above series. The panel of the TV is bordered by a black plastic frame that is not quite thin. But in no way is the frame too large or distracting from your view. The depth of the TV almost over the entire height is slightly thicker than in the older models due to the Direct LED backlighting used in the VA matrix. 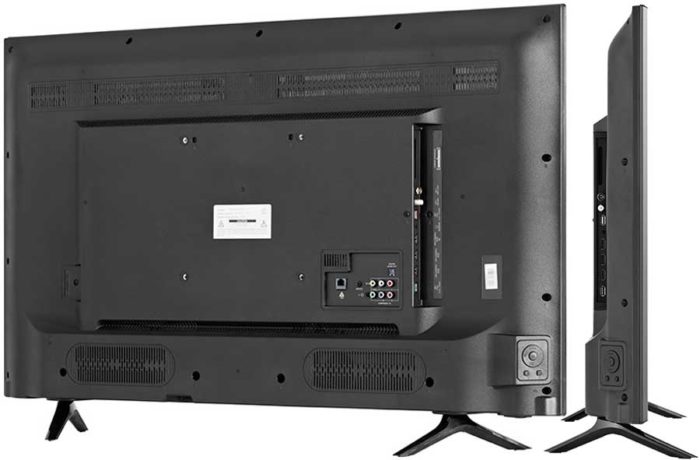 From first impressions, there is nothing to suggest the “budget” of the TV. The picture is sharp, the color reproduction out of the box is excellent. The H55N5300 TV uses a direct backlit VA matrix with a 10-bit color depth (8-bit + FRC). The quality is good, there are blacks and bright shades, the colors are consistent.

The disadvantage of VA panels is the viewing angle. This value is inferior to IPS matrices. Therefore, it is better to follow the manufacturer’s recommendations “to be located directly in front of the TV screen”. Only the smallest differences are noticeable when viewed from high angles.

Paying a low price for a 55N5300 TV means you are willing to compromise. The biggest drawback of the N5300 series is the lack of HDR support and the native matrix frequency of 60 Hz with a contrast ratio of 5000: 1.

As we understand it, the lack of HDR directly affects the TV’s contrast level, and the reproduction of the darkest (blacks) to the brightest (whites) tones. The maximum brightness of the matrix is ​​250 nits, but there are sources that indicate only 200 nits. The Hisense 65N5300 has a peak brightness of 350 nits.

But 4K does not imply HDR support. Therefore, if you do not have “access” to HDR content, then this is not a problem at all. Although, recently, more and more online services are starting to offer HDR content, including Netflix. This is probably more important for your TV in the future, but not at the time of purchase if you opted for the Highsense N5300 series.

If you prefer an HDR TV after reviewing the N5300, then the Hisense N6800 series can be found at a very competitive price. The matrix frequency of 60 Hz directly affects the processing of the dynamics of the image (PCI 1100). It’s only 60 frames per second.

The higher this indicator, the more qualitatively dynamic scenes will be reproduced. Of course, the top of our dreams is 120 Hz, especially for connected game consoles. High frequency produces smoother images in blockbusters and games. But the model in question, even with a video latency of 50ms, is still a decent TV and is great for a large number of users. 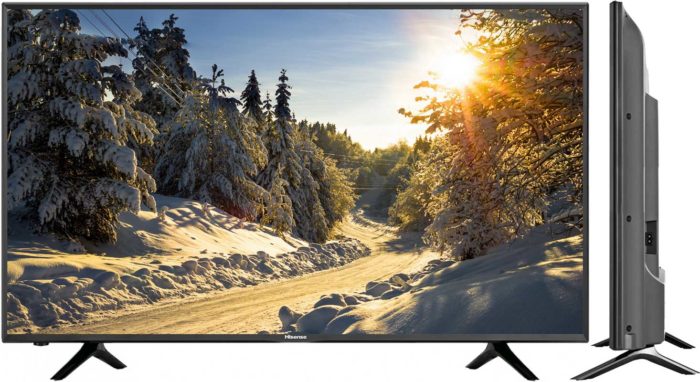 The 55N5300 runs on VIDAA Lite 2. The VIDAA system is based on a Linux-like operating system, or rather on the “former” Android. The app store is marketed through the Opera TV Store. By the way, Xda-Developers has information on installing Kodi (XBMC) on the H50N5300 Hisense TV.

The remote control is a little disappointing. At first glance, it seems large and “from the last century.” The only positive point is the inclusion of a separate group of keys responsible for direct access to Netflix and YouTube applications. The buttons are conveniently located, easy to “read” and respond correctly to pressing.

The Smart TV platform additionally allows access to BBC iPlayer and Amazon Video. Additional software can be found and downloaded from the app store, but don’t expect a huge selection like Apple or Android TV. What served as a prerequisite for the introduction of Hisense operating system VIDAA is focusing on simple navigation and Google’s refusal to support Android on TVs.

Soundtrack is standard for TVs of this class. Pair of 10W speakers with DBX, MS10, Dolby Audio and Dolby Pulse. Direction of speakers to the rear. The total power is only enough for a small room without deep low frequencies. Although, given the manufacturer’s pricing policy and the segment’s focus on a specific buyer, it can be argued that the sound is normal. All main connectors: three HDMI and a pair of USB are located on the side of the TV. USB interfaces version 2.0 and 3.0. Component and composite inputs are located on the rear, as is the LAN port. In the presence of a headphone output and an optical sound output. Built-in Wi-Fi 802.11ac and satellite tuner make the model a versatile device.

The entire series of Hisense N5300 are not top models, they are without any frills. But for most housewives, this is what it takes. Large diagonals provide decent image quality at a low cost. It’s a great choice if you’re not interested in watching HDR content.