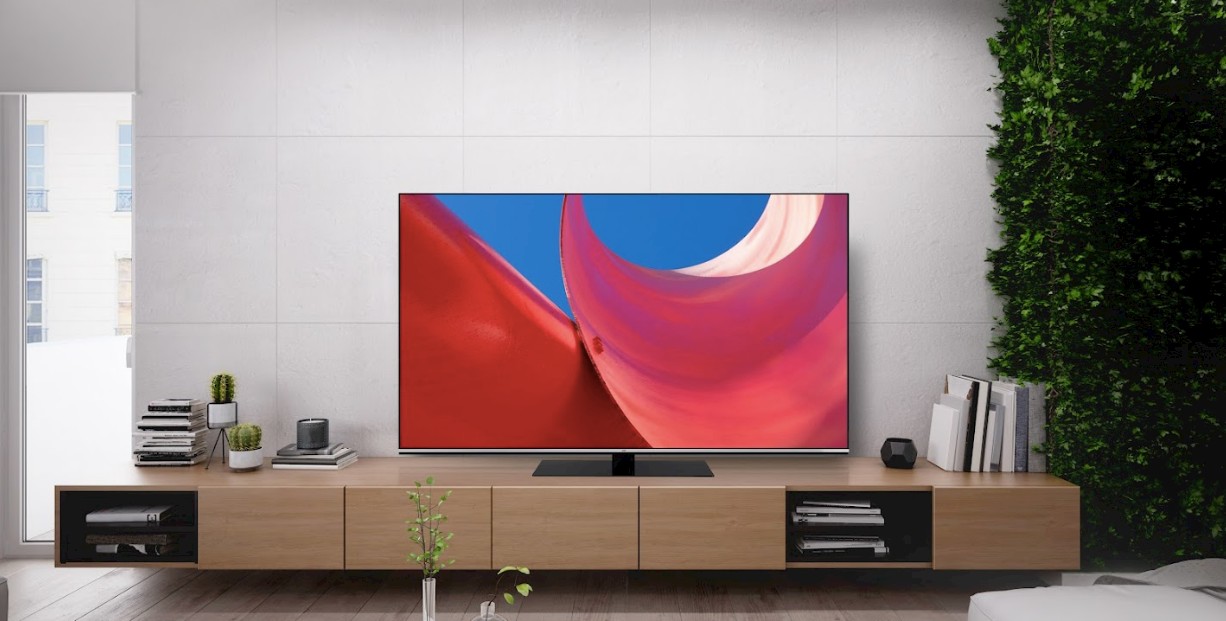 In preparing the article, materials from https://ultrahd.su/tv/jvc-lt-65vo9100-obzor.html were used. Visit article here.

JVC unveils its first 4K OLED TV with some pretty impressive specs. JVC VO9100 series offers, among other things, HDMI 2.1 interfaces as well as Dolby Vision HDR. With its latest premium smart TV, JVC LT-65VO9100, the manufacturer claims that the model it presents is ready to compete with similar OLED devices from well-known manufacturers.

Anyway, the feature set of this device looks like a list for a potential premium TV. For the first time, JVC uses an OLED panel with OLED with a resolution of 3840 x 2160 pixels (4K Ultra HD). 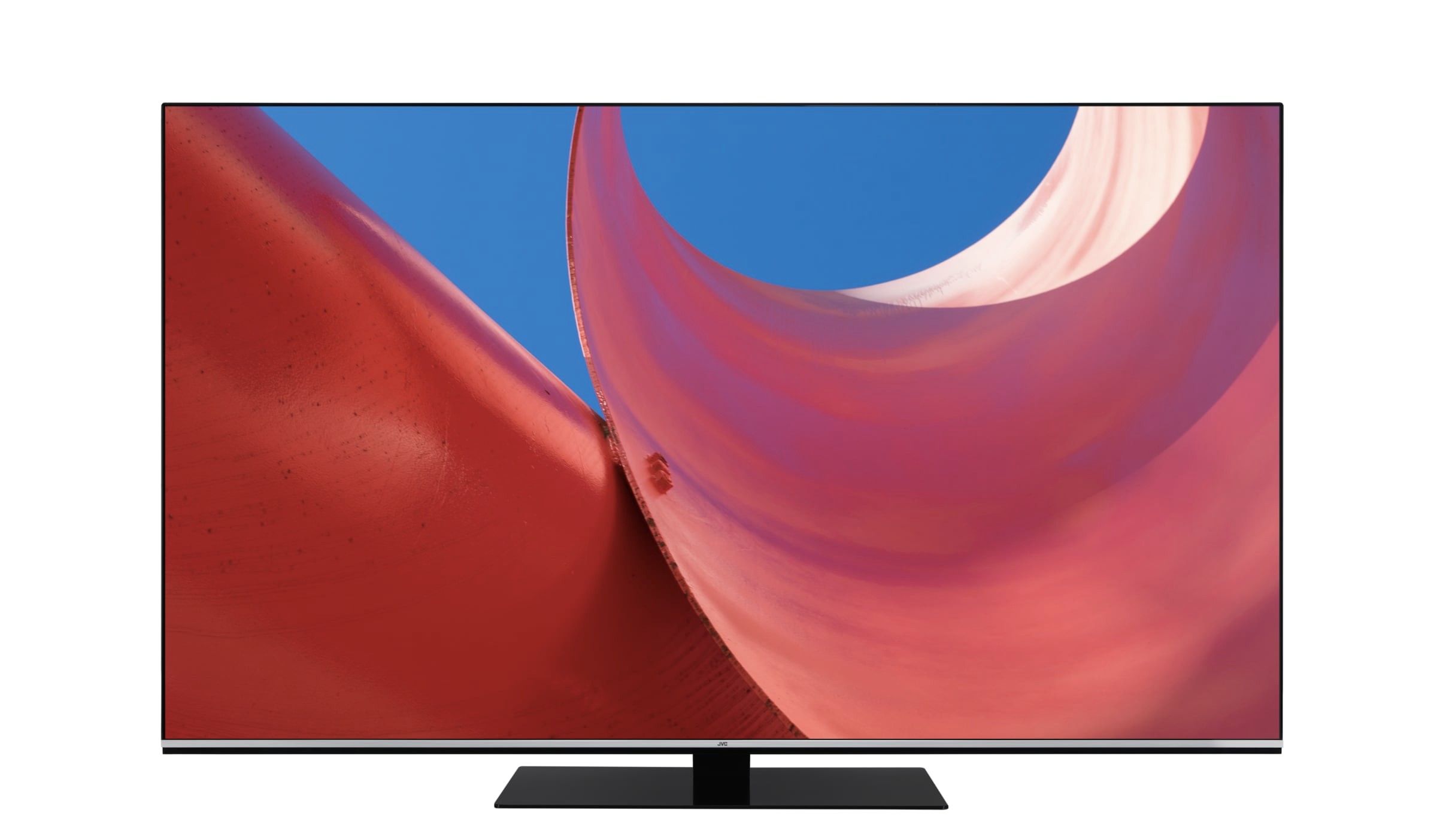 The benefits of such panels should be well known to almost everyone. After all, TVs with OLED displays have been in the top lists of various test portals for many years. In this JVC LT-65VO9100 OLED 4K HDR review, we will try to find out if JVC’s 4K VO9100 series can stand on a par with leading OLED TVs.

JVC’s VO9100 series 4K OLED TVs look pretty good looking. Reading the specifications, it seems that these models will differ from the likes of the LG B1 OLED TV and Sony A80J OLED TV , which are marketed as mid-range models. As far as the design is concerned, it is simply gorgeous.

Like all other OLED panels, the VO9100 has a flat display. The metal TV stand is located in the center. It is small and at the same time very stable. If it becomes necessary to hang this TV on the wall, then a special bracket m6 200 × 200 (for TVs with a diagonal of 65 inches) is provided for wall mounting.

The build quality is excellent. Overall, in terms of design, the TV looks amazing. In addition to the TV itself with a stand, the package includes a remote control with two batteries, a network cable and a quick start guide.

JVC VO9100 TVs provide the highest frame refresh rate to date: 100 Hz / 120 Hz. Since there is no mention of the ‘OLED Evo’ built-in premium display, it is assumed that the JVC LT-65VO9100 TV is equipped with LG’s standard OLED panel. However, the company reminds us of the core benefits of OLED.

In addition, the HDMI 2.1 connectors on the rear support 4K resolution at 120 fps, ensuring smooth gaming on consoles such as PlayStation 5 and Xbox Series X. Low Latency Mode is automatically enabled when games are launched. The feature list also mentions support for premium HDR Dolby Vision, along with HDR10 and HLG.

In addition, the LT-65VO9100 has a variety of image processing features including 4K upscaling for regular HD content and Micro Dimming to optimize dynamic contrast ratio. Unfortunately, JVC does not comment on the VRR (Variable Refresh Rate) feature in its press release. 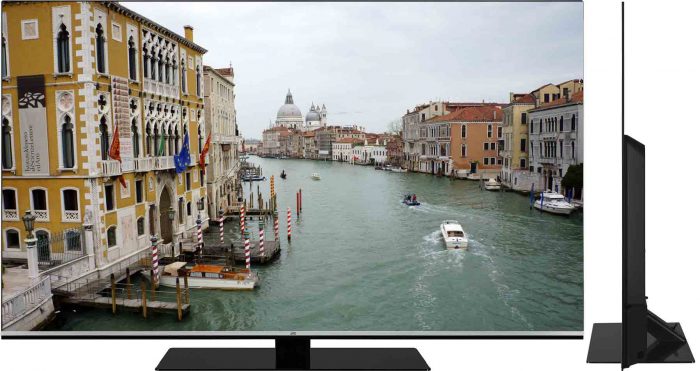 The 65VO9100 TV features a Linux-based Smart TV system that the manufacturer claims contains a vast ecosystem of streaming apps including Netflix , YouTube, Amazon Prime Video, Red Bull TV, and Amazon Music. The selection of apps may not be as comprehensive as on Android TV, but users still have something to watch.

In addition, the missing applications can be installed independently via the Google Play store. The VO9100 TV can also be controlled using voice commands. To do this, the device provides technologies such as Google Assistant and Amazon Alexa. VO9100 series TVs are equipped with a tuner with DVB-T2 / C / S2 reception.

Unlike the picture quality, the sound of the VO9100 is not very different from that of a typical budget TV. The only exception is the total output power, which is 24 W (2 x 12 W). This power is quite enough for watching usual programs in a small room.

The lack of deep bass starts to show when watching music programs and blockbusters. However, the TV has the ability to achieve surround sound through built-in Dolby Atmos technology . The disadvantages of the set of connections can only be attributed to the lack of analog RCA inputs. The rest of the connectivity is on par with leading-edge OLED TVs from other manufacturers. Whether you’re looking for a TV for gaming on your PC, Xbox Series X, or PlayStation 5, you’ll love the three HDMI 2.1 ports. One of the ports provides an eARC (Enhanced Audio Return Channel) connection .

The TV is also equipped with two USB 2.0 ports, an antenna input, a digital optical audio output, a line-in connection to the Internet, a CI + slot for paid channels, and an audio line-out for connecting headphones. Wireless connections include Bluetooth and Wi-Fi.

VO9100 Price
The start date of sales of JVC VO9100 is planned by the manufacturer in November 2021. Like most manufacturers who buy OLED panels from LG Display, there are only two TVs in the VO9100 series: the JVC LT-65VO9100 and the JVC LT-55VO9100 with diagonals of 65 and 55 inches. Unfortunately, there is no information yet on how much these OLED TVs will cost.

Most likely, the starting price will be announced just before the start of sales. Residents of European countries, with the exception of Great Britain, the Scandinavian countries and France, may become the first owners of such TVs.

It remains to add that with the introduction of its first 4K OLED TV, JVC has begun to compete with premium brands such as LG Electronics, Sony and Panasonic.

How competitive these TVs will be depends on the price, which is currently unknown. On the one hand, VO9100 is not some kind of discovery or a breakthrough into the previously unknown. On the other hand, this TV is equipped with the latest 2021 technology.

LG NANO79 Review: An image that seeks to achieve perfection

In preparing the article, materials from https://ultrahd.su/tv/jvc-lt-65vo9100-obzor.html were used. Visit article here.