For years LG televisions have been considered among the best, and it is not for less if we take into account how complete their catalog is. Obviously each year they renew their previous models to offer the public new technologies. Today we want to analyze in detail one of its most attractive equipment such as the LG NANO75 .

It turns out to be a good option for the amount of features it implements, these allow its performance to be quite good. Undoubtedly, the LG 55NANO75 has interesting things that surely can meet all your expectations, yes, being a new TV its current cost is a bit high, however, it is adequate to its possibilities.

Exterior design of the LG NanoCell 75 A design that we find attractive for offering a slimmer look

The first positive point of the LG NanoCell 55NANO756PA is found in its aesthetic section, since this time there is more work on the part of its designers. And we say this because we noticed a more artistic aspect that had not been added in this series . The best of all is that it has an appearance according to the aesthetics of the homes.

Therefore, its integration will be almost perfect and it can adapt to any space, of course, considering that we are facing the 55-inch model. A size that can still be acceptable in medium-sized rooms . The most valuable thing ends up being its front that provides slim bezels, which for obvious reasons give greater elegance.

In addition, they allow the content to be reproduced on the screen to have better dimensions due to the useful space obtained. To make its design stand out even more, we recommend placing it directly on the wall , since this offers us a minimalist appearance that generates more beauty. This can be achieved because the TV is thin.

We will have the necessary connectors for a good interaction with the television, obviously the classics are included, such as its three HDMI 2.0 inputs to connect external devices and send their signal. Two USB 2.0 ports are also added that handle a double function, the most important being the possibility of recording content. For a better internet connection we have an Ethernet port .

Other physical connections that are no longer so relevant, but that we can occupy in the same way at certain times are its satellite input, its fiber optic input and its antenna. Which works with different tuners that we have available on this TV. At the wireless level we will have no problem and we have the most useful, we talk specifically about its Wi-Fi Direct connection , Bluetooth 5.0 and DLNA the three best options.

Image quality and general functions of the LG NANO75

We received an acceptable image with the LG 55NANO756PA , and that is partly because we enjoy a 4K resolution for more precise details, in addition, it is complemented by a Direct LED panel that is possibly the weakest, since its backlight ends up being regular , however, that is somewhat reversed with enhancement technologies.

The most remarkable thing about this theme is that the colors reach an impressive level, and that is achieved thanks to the Nano technology that is responsible for filtering and completely redefining the color. In fact, impurities are removed, therefore, on the screen we will only see pure and precise colors , which result in a more vibrant image.

Another advantage is that there are other important parameters that still benefit from added technologies. We talk more specifically about the contrast and brightness that will have a more natural tonality that translates into greater sharpness and depth. This is great to not feel losses in very bright environments .

This is a model that we love to watch movies and series, as it gives us an exquisite performance that is combined with the aforementioned pure colors and the latest display technologies. For example, an improved HDR is featured to give us a more accurate cinematic mode . We will also have Filmmaker Mode.

Surely the least outstanding of this TV is its audio quality, and we do not say that it is bad, on the contrary, it can be enough. However, considering the other features and the range we are talking about, we expected a little more power . The problem lies entirely in its speakers that only reach 20W.

And this for more demanding content is not what is indicated, yes, there are a large number of technologies that we have specified in the table of characteristics. Here we can highlight having Clear Voice , Dolby Digital , LG Sound Sync and Ultra Surround that will offer us a more immersive and clean experience that directly benefits the dialogues. 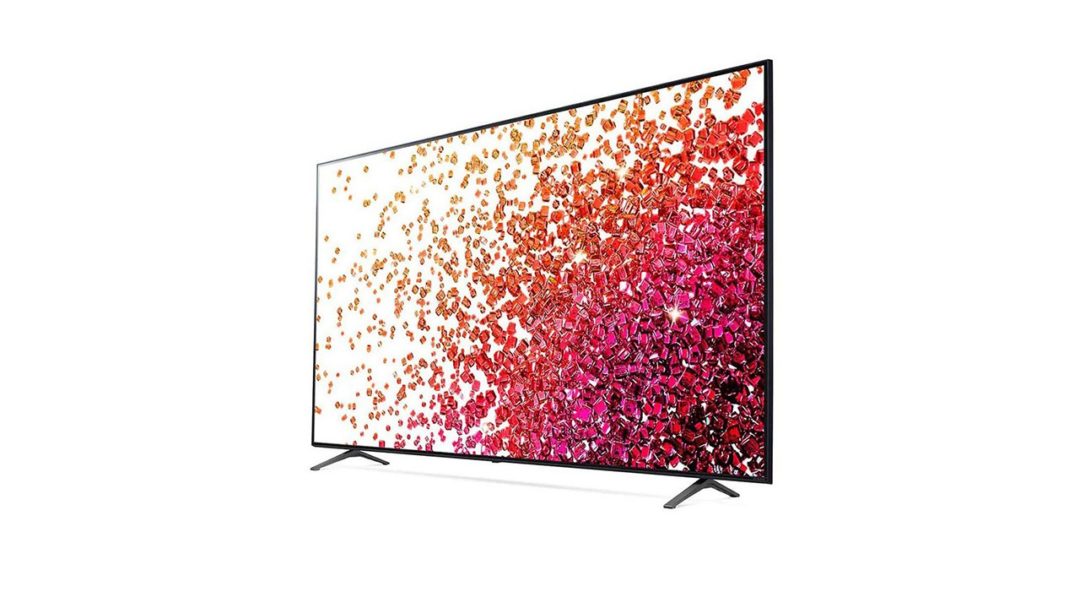 The LG 55NANO75 already includes webOS 6.0, which is the newly released version of this system, therefore, we received all its improvements, especially in its optimization and security. In addition, it has an interesting application catalog that adds the most popular options. Likewise, we have voice assistants such as Google Assistant and Alexa .

Something we love is that the home screen already shows us suggestions for more personalized content, depending on what we have been seeing or doing frequently . It also offers us much easier access to favorites and allows us to control connected devices much more easily. All from one place.

With the sports alerts we will never miss absolutely any game, since we will receive notifications before and after the games regardless of what we are doing other things on the LG NanoCell 55NANO756PA . Another important detail is that its game optimizer automatically adjusts the graphics and performance.

LG UP75 (UP7500) Review: Delivers pretty good images at a low price

Samsung QN800A Review: A powerful beast you can’t live without

In preparing the article, materials from https://www.giztele.com/lg-55nano756pa-caracteristicas-precio-opiniones/ were used. Visit article here.