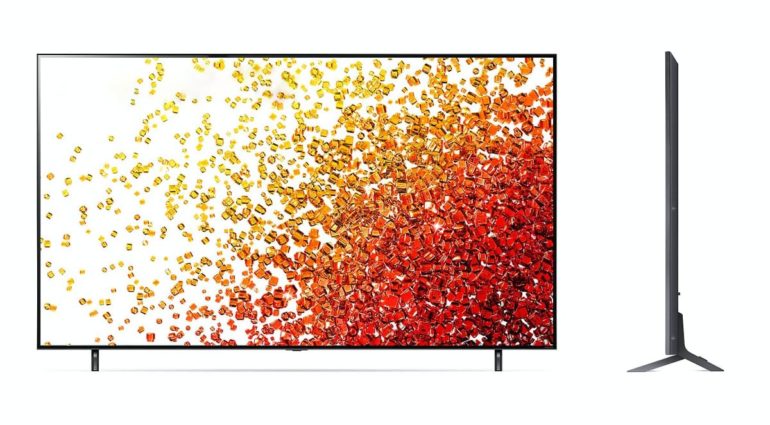 The 65-inch LG NanoCell 4K TV from the current LG NANO92 series features a 120Hz panel with full local dimming. Besides the Cinema HDR mode, it also has Dolby Vision IQ technologies and Dolby Atmos sound. The equipment includes, among others, Smart TV with voice control Alexa and Google Assistant, as well as a fast tuner for DVB-T2 / C / S2.

Apart from the 65 “version, the NANO92 series is also available in 55, 75 and 86” screens. In this review of the LG 65NANO926PB NanoCell 4K HDR, using the example of a 65-inch TV, we will try to consider the strengths and weaknesses of the Nano92 series.

A good TV doesn’t have to have an OLED structure. LG’s cheaper NanoCell TVs also feature wider color gamut and vibrant colors. The LG 65NANO926PB has a 120Hz refresh rate panel and costs half the price of a comparable OLED TV.

The LG 65NANO926 NanoCell TV case is not as thin and filigree as an expensive OLED TV. However, with a depth of just under 4 cm, this TV cannot be said to be too thick. The 65-inch display is housed in a stylish metal frame. The NanoCell 65NANO926PB has a crescent-shaped center stand with a high-quality aluminum finish.

If you prefer to hang your home theater device on the wall, you will need a suitable VESA 300 x 300 wall mount, which is not included in the package. In addition to the TV itself and the stand, the kit includes the following accessories: LG Magic Remote, batteries, instructions. 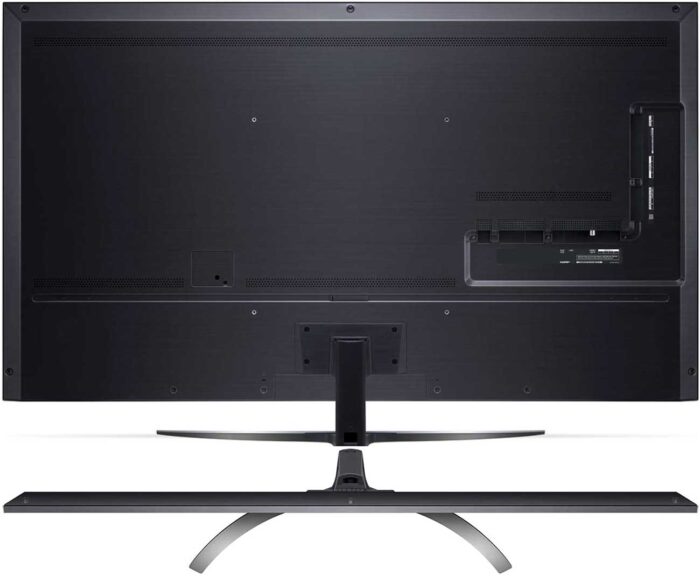 LG TVs currently offer a huge selection of apps. All well-known streaming providers like Amazon Prime Video, Netflix or Disney + are already pre-installed on the LG 65NANO926PB. These can be accessed directly using a dedicated button on the remote control.

The LG webOS 6.0 operating system works seamlessly and is intuitively operated with the Smart Remote. If you use streaming services very often, it is highly recommended to purchase a wireless keyboard with Bluetooth . Such a purchase will eliminate the need to enter letters from the on-screen keyboard, and this will greatly simplify the search.

Voice assistants from Google and Amazon are also available. They can be activated using the microphone button on the remote control. Voice assistants work very well. There are also no problems with basic functions like volume, program change or starting streaming services.

For television reception, the LG 65NANO926PB NanoCell TV is equipped with a tuner for DVB-T (terrestrial), DVB-C (cable) and DVB-S2 (satellite). The tuner works pretty fast. It takes no more than 2 seconds to switch channels. Programs can be written to an external USB hard drive. LG 65NANO926PB can not only use an expanded color space with more than 1 billion colors and shades, but also 100% dominate the DCI-P3 color space, which is important for the film industry. The 65NANO926PB TV reproduces an evenly illuminated image without blackouts and light spots.

The image is well calibrated from the factory. The picture has bright colors and decent sharpness. The higher color gamut is noticeable in regular television programs as well as movies streamed and Blu-Ray. During the football broadcast, the lawn shines with fresh greenery, and the underwater world looks mesmerizing.

The effect is greatest when watching 4K Dolby Vision movies. With a high display brightness of over 600 cd / m², LG NanoCell TV delivers high-quality pictures with striking depth effects. Even when viewed from the side, the colors remain virtually unchanged thanks to the IPS matrix .

65-inch TV only reaches its limits in areas with deep blacks. When viewed in the dark, deep blacks are more like dark gray. Although the effect is minimized by partially muted local dimming, a certain amount of background lighting can still be perceived.

Gamers can count on LG to support variable refresh rates up to 120fps at full 4K and HGiG resolution. In gaming mode, the response time is reduced to 15ms. In this mode, the LG Nano92 TVs also convince with rich colors and superb depth of field.

Unlike the cheaper NanoCell models, the NANO926PB TVs have two powerful built-in speakers for bass. The two subwoofers not only provide great depth of sound, but also impressive bass quality. However, the built-in 2.2 sound circuit with a total power of 40 W cannot provide multi-channel sound.

The best way to do this is to use an external soundbar. In addition to stereo sound and classic 5.1 surround sound, the NANO926P TVs also support the object-oriented Dolby Atmos format.

You will need a suitable soundbar to play it. The LG SN7Y Soundbar has a 380W output power and is suitable for Dolby Atmos playback . This panel, which is ideal for the NANO926 series and can be controlled by the TV remote control, can be connected via Bluetooth. 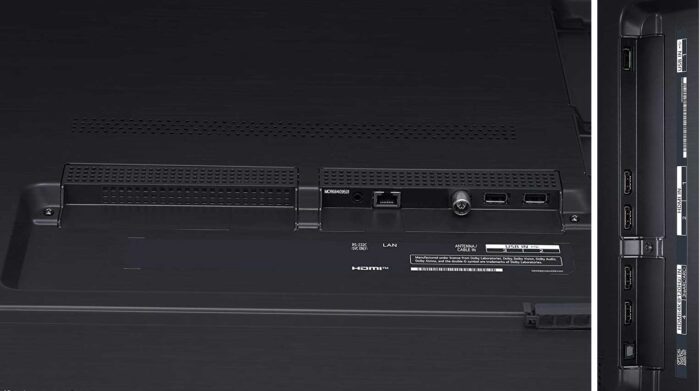 The patch panel contains many interfaces for Blu-ray players or game consoles. Two of the four HDMI ports support the latest HDMI version 2.1 standard and can play 4K video at 120Hz.

Connector number 3 is equipped with an eARC audio return channel . The device also has 3 USB 2.0 ports, an antenna (RF) and LAN RJ45 input for linear Internet connection, TosLink optical output, a headphone jack (3.5 mm) and a CI slot for paid channels. In addition, there is support for Bluetooth v5.0 and Wi-Fi.

LG Nano82 series impresses with its high picture quality with vibrant colors. These models are significantly cheaper than comparable OLED TVs. However, the deep blacks that look flawless on OLED TVs leave a lot to be desired on the NANO92.

This drawback is especially visible when viewed in a dark room. The TV has enough surround sound with Dolby Atmos support. Also, the advantages include extensive equipment with WebOS Smart TV, a large selection of applications, voice control and a considerable margin of peak brightness. Recommended for purchase for collective viewing in bright rooms.