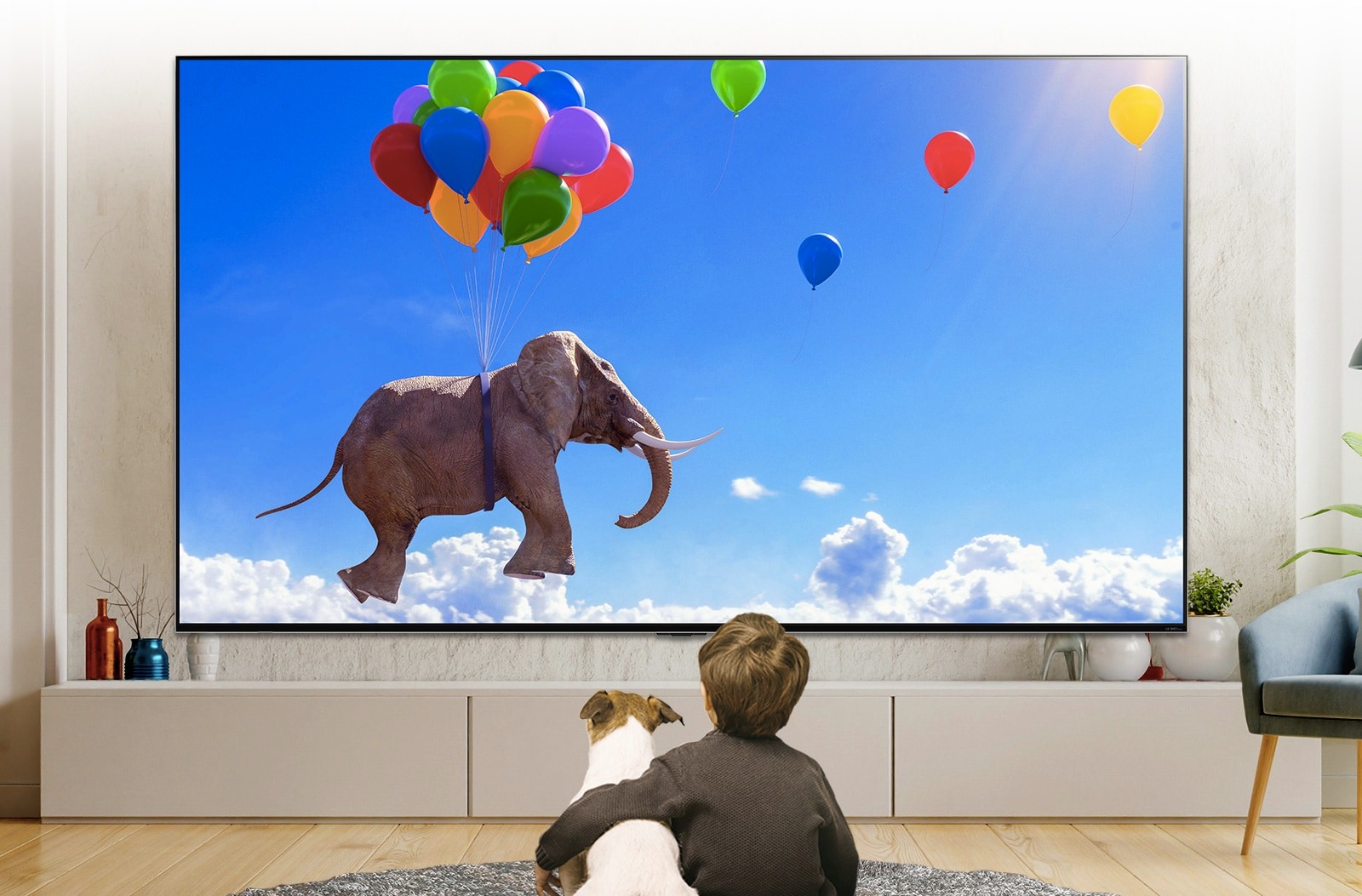 LG is characterized by constantly improving its televisions so that they are updated to current features and can offer more alternatives to users. In each category we find interesting models, although the choice depends on the type of television you are looking for.

This preview is created for the LG QNED81 , an option within the current high range that completely renews the experience we had until today. Model released for this year that has generated high expectations among the most knowledgeable.

Exterior design of the LG QNED81

It presents an attractive design that looks even more thanks to the dimensions of this television. 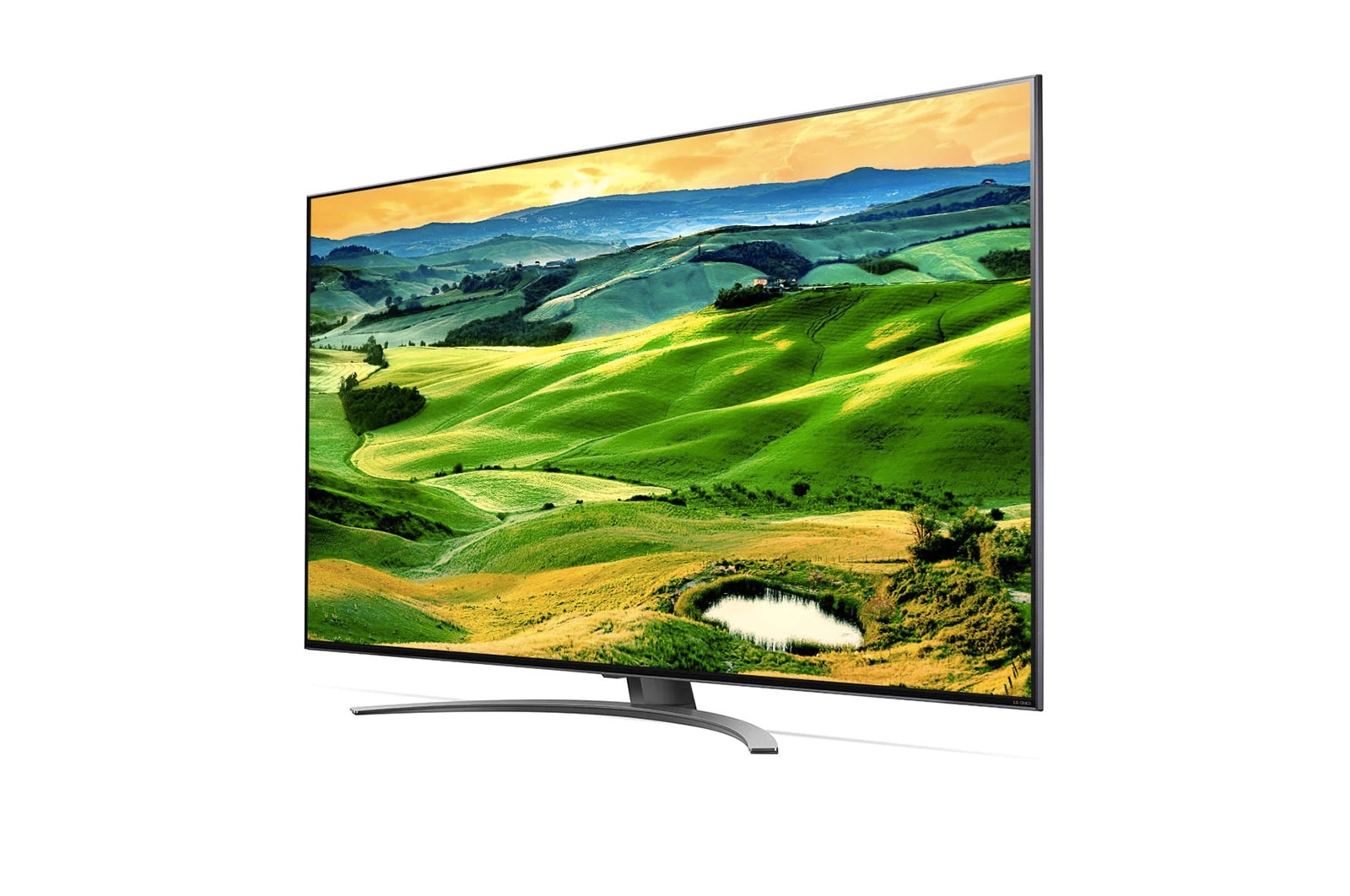 The LG 86QNED81 is committed to maintaining certain details from previous versions, which have stood out for improving the overall appearance. Of course, consider its 86-inch size, which will be the largest of this model and requires adequate space for its placement. 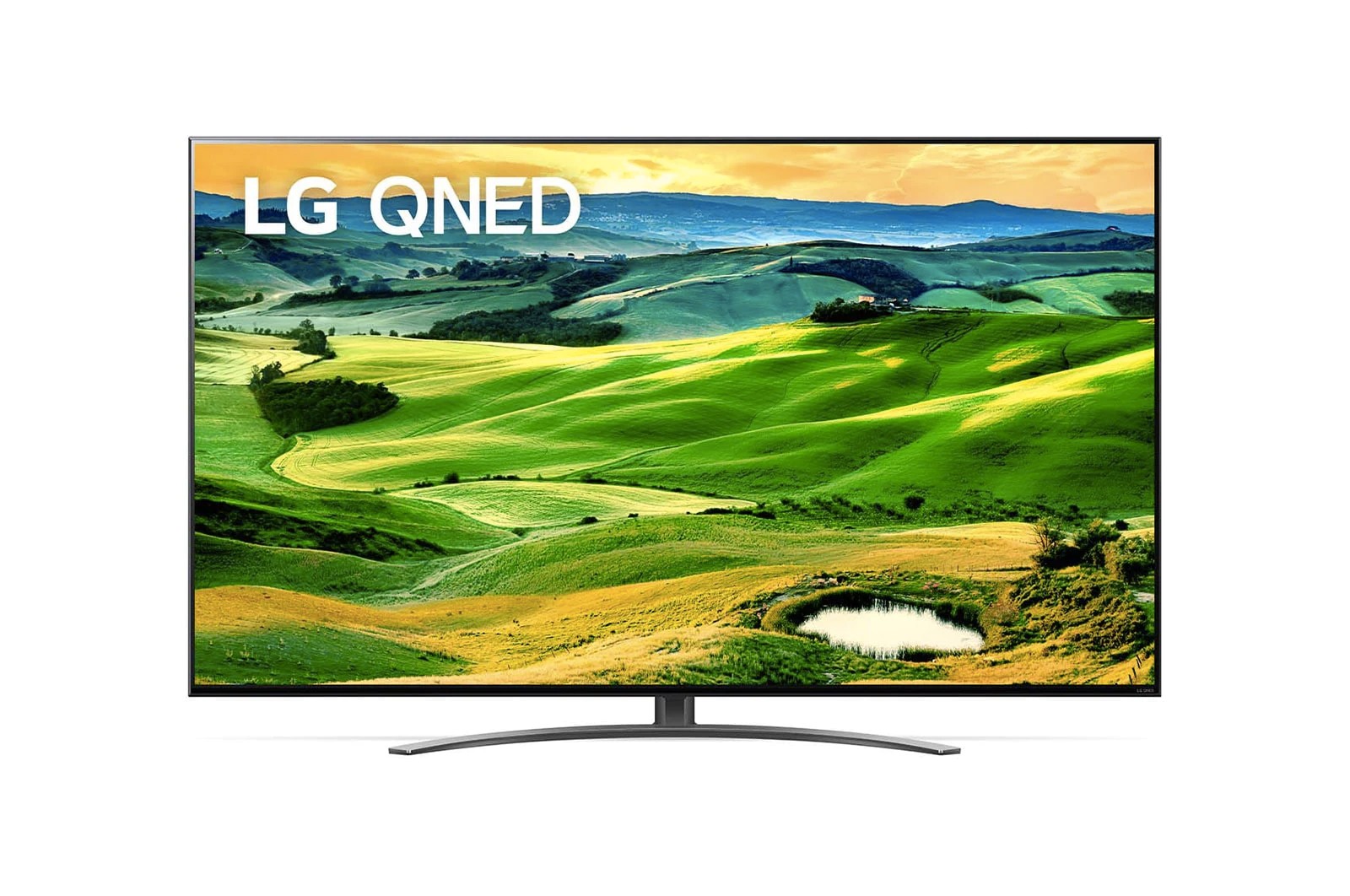 Take into account that it has a weight of 55.3 kg, so we must be careful when moving to avoid accidents . If we acquire the VESA support, its total weight increases to 59.1 kg.

This television is in black, therefore, it has a deeper presence, which is easily integrated into the decoration that we have in the room or living room . Among the most attractive we note that it implements a thin frame that covers the screen and generates elegance. 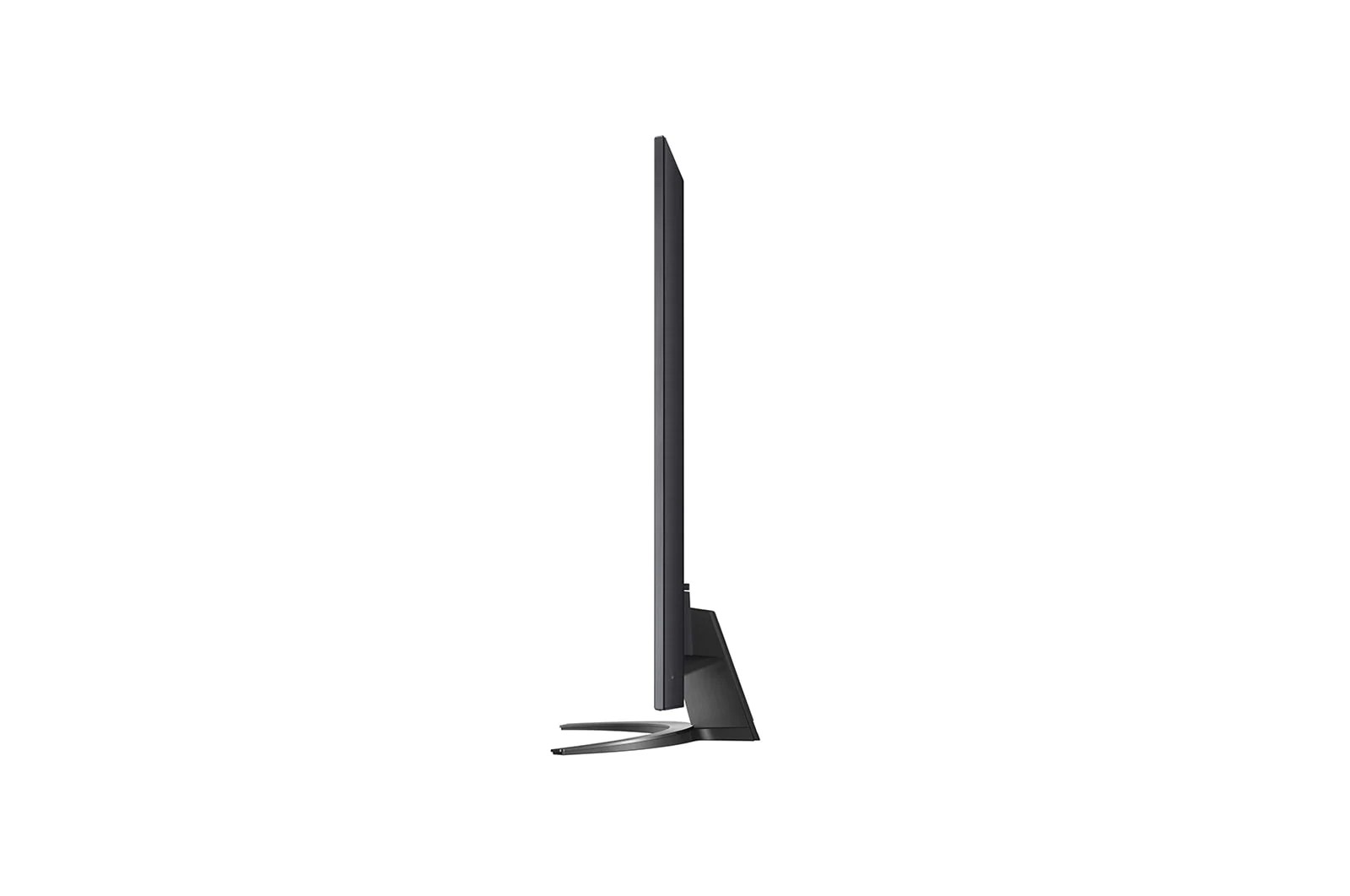 Mention that the useful space will be 95% so we will see a thin screen. Unlike other models, this eliminates the excess thickness in the back , thus obtaining a slim and minimalist appearance. Its design really stands out for how well it is implemented in the environment.

Be sure to check out this video by LG UK

We receive four HDMI inputs that we can use to connect devices such as consoles, computers, laptops, among other options, obviously obtaining acceptable performance, especially the two that include version 2.1 that greatly improve the experience.

As if that were not enough, these entries have compatibility with ALLM , CEC , eARC , HFR and VRR formats . It also works with two USB 2.0 ports that allow you to play content from compatible sources, however, we highlight the recorder function that is usually quite useful. 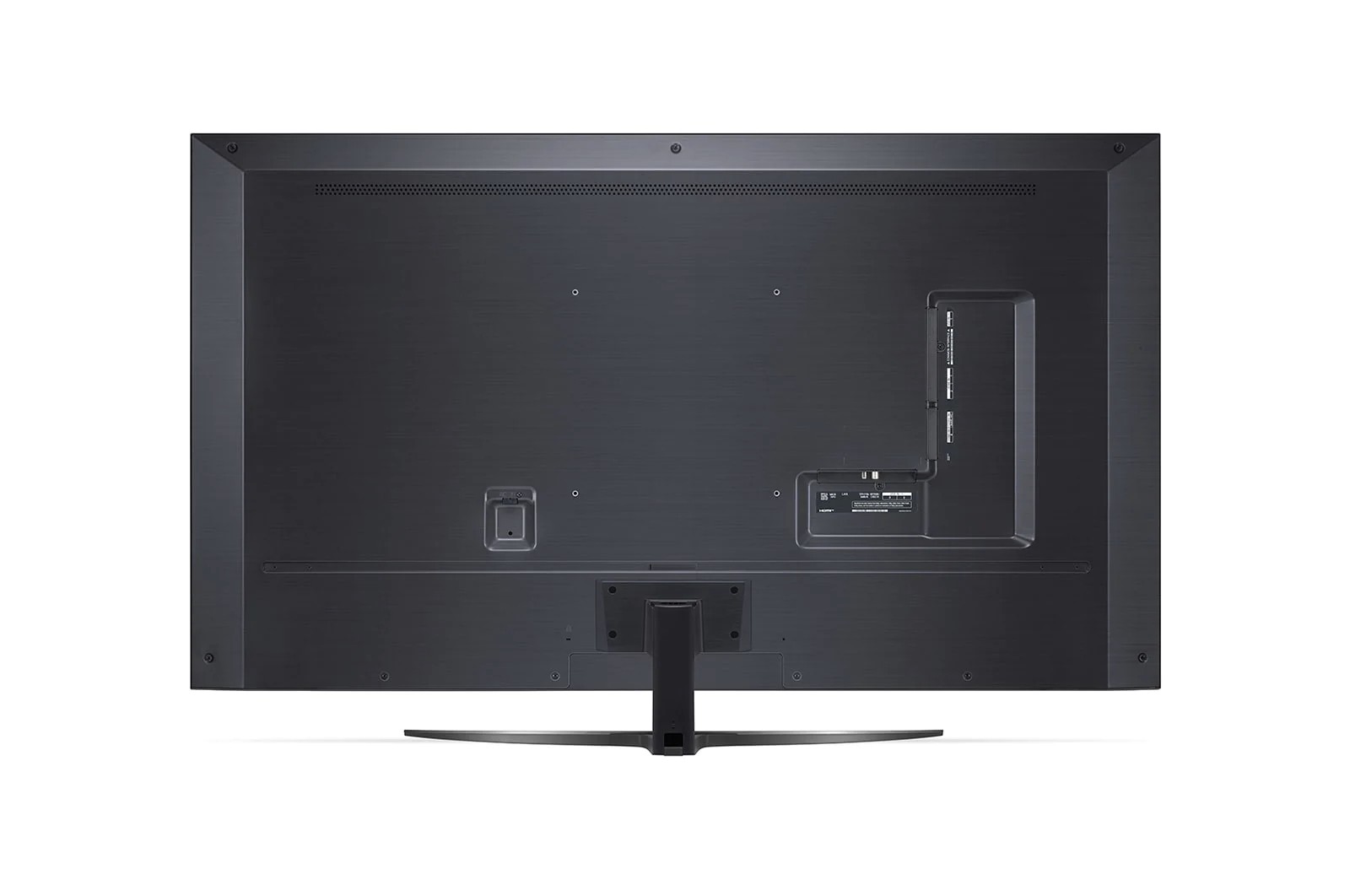 There will be other interesting physical connections such as its Ethernet port, its optical audio output, its antenna and its satellite input. We will be able to tune into both terrestrial, satellite and cable channels through DVB-T2/C/S2 , CI+ and HbbTV , options that we do not see on any television. 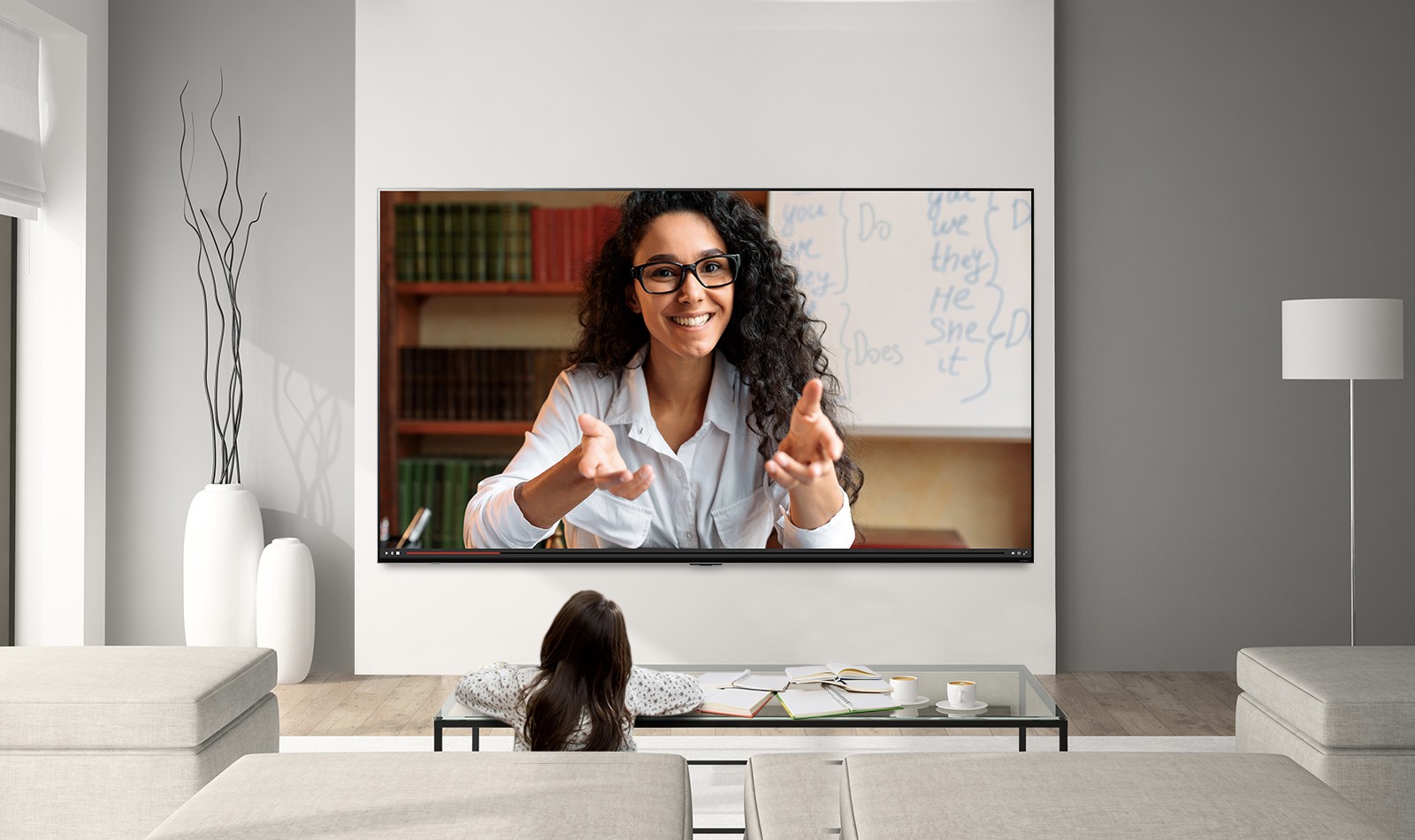 The wireless theme is well covered by a dual – band Wi-Fi Direct connection that allows you to access the Internet without having to use the network cable. It also has Bluetooth 5.0 that offers good interaction with compatible devices. For streaming includes DLNA .

Image quality and functions in general of the LG 86QNED81

In what the LG 86QNED816QA stands out the most is in its image that presents several improvements to show greater optimization. Firstly, it integrates a 4K resolution that, by delivering four times more power than Full HD , offers more detailed images that are close to realism.

We received an Edge LED (Local Dimming) backlight that, unlike the conventional version, provides better local dimming and we verified it when being in very dark or bright environments. It also has an IPS panel that stands out for showing us better viewing angles. 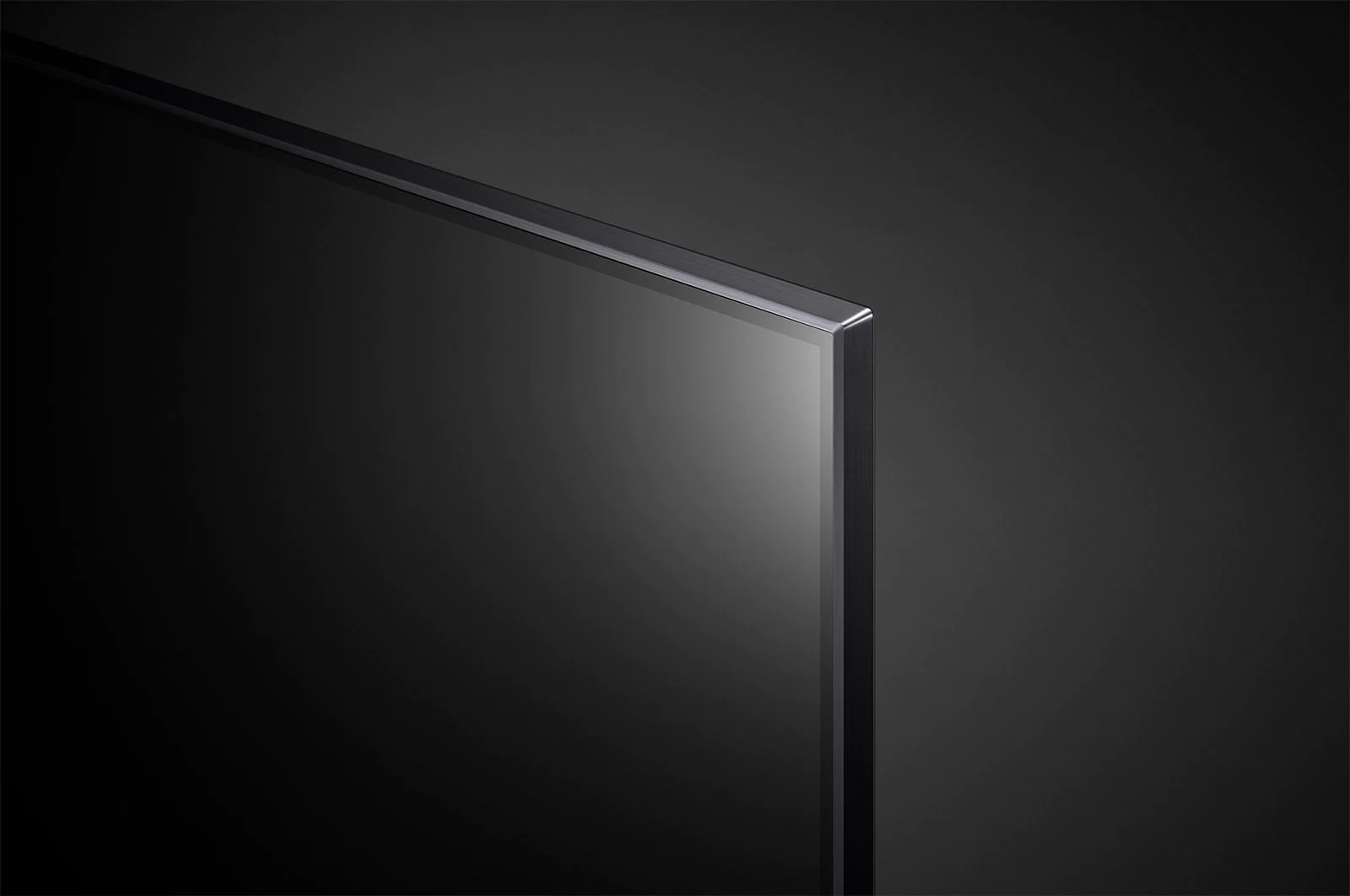 What is truly valuable in this case is the combination of Quantum Dot and Nanocell Plus, which together are capable of reproducing totally vivid colors and pure blacks almost equal to the OLED panel. There will be other enhancement technologies to improve the quality of certain parameters.

We receive a refresh rate at 120 Hz that will be enough to appreciate fluidity in any scene, however, it also offers True Motion in 120 TM that implements frame interpolation, so we appreciate precise movements, especially in action content and games.

Thanks to artificial intelligence we notice better processes of the television to improve the images. To everything already mentioned we must add its compatibility with HLG , HDR10 and HDR10 Pro . In general terms we receive a very powerful image that we believe is worthwhile. 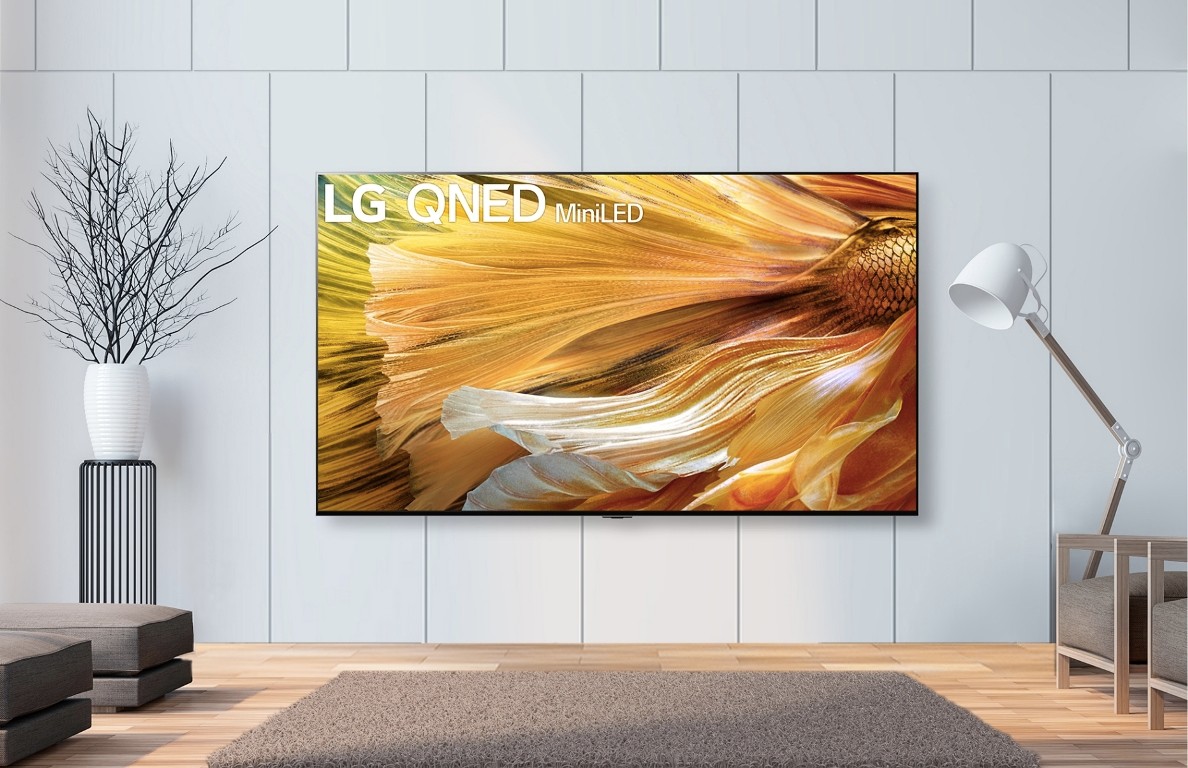 This is the best version in terms of sound, since the smaller models only integrate 20W, which is not enough, thus considering it a negative point. However, this model maintains 20W of power, but adds another 20W through two subwoofers. .

It will not be an incredible quality either, but the improvement is noticeable, especially in the bass and bass, in addition, it implements enhancement functions that work to improve the ambient sound and dialogues . However, for a solid experience we recommend getting a sound bar.

Analysis of the software / Smart TV and more notable features

It offers one of the most popular systems today, therefore, we receive many benefits

The LG 86QNED81 includes the latest version of webOS that stands out for improving optimization and security, that is, we now have a more fluid platform, although that is partly achieved thanks to the a7 Gen5 processor . Thus we receive an intuitive and easy-to-learn system.

It has an interesting application store that adds current options, in addition, now we can use a free browser, something that was not possible natively before. A microphone is included in the remote control that allows us to access Google Assistant and Alexa .

The possibility of creating profiles caught our attention, so each user can customize what they want to see from the system at their convenience. It offers the same exclusive functions that we have already seen in other models. Being one of the most interesting Screen Share to do Miracast .

This TV includes Apple AirPlay 2 and Apple Homekit that allow you to connect an iPhone, iPad or Mac and send content from those devices. We are going to get a nice gaming experience from the inclusion of AMD FreeSync Premium , Game Optimizer and NVIDIA GeForce Now.