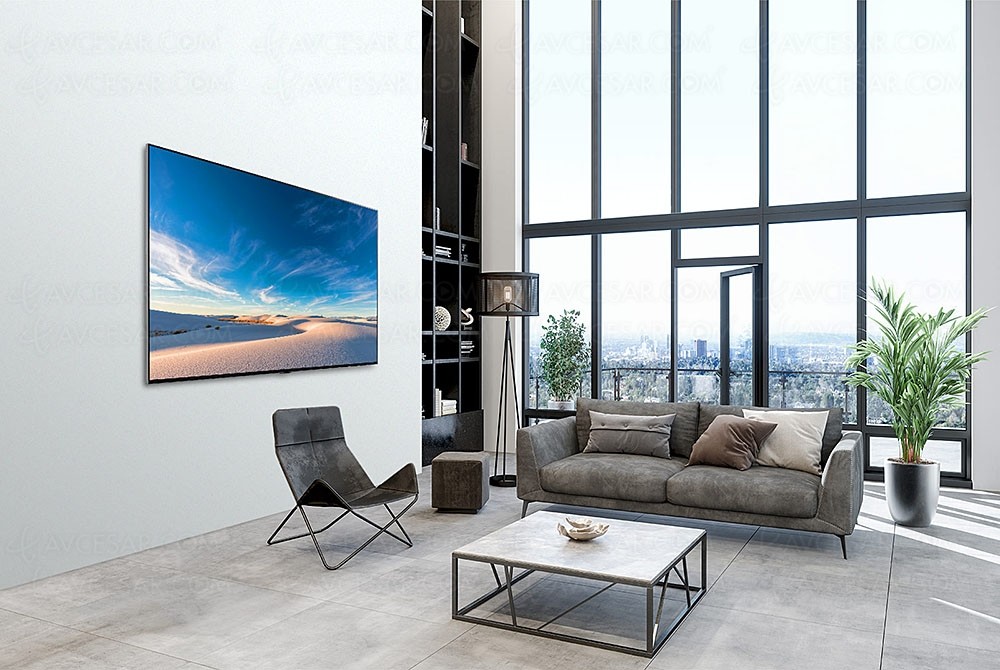 The prospect of switching to an ultra-high-definition TV in the future is too good to be abandoned due to the lack of 8K content. The QNED966PA series is LG’s 8K subtopper, packed with impressive hardware. This is a stunning TV that falls slightly short of LG’s flagship QNED99 in some respects. 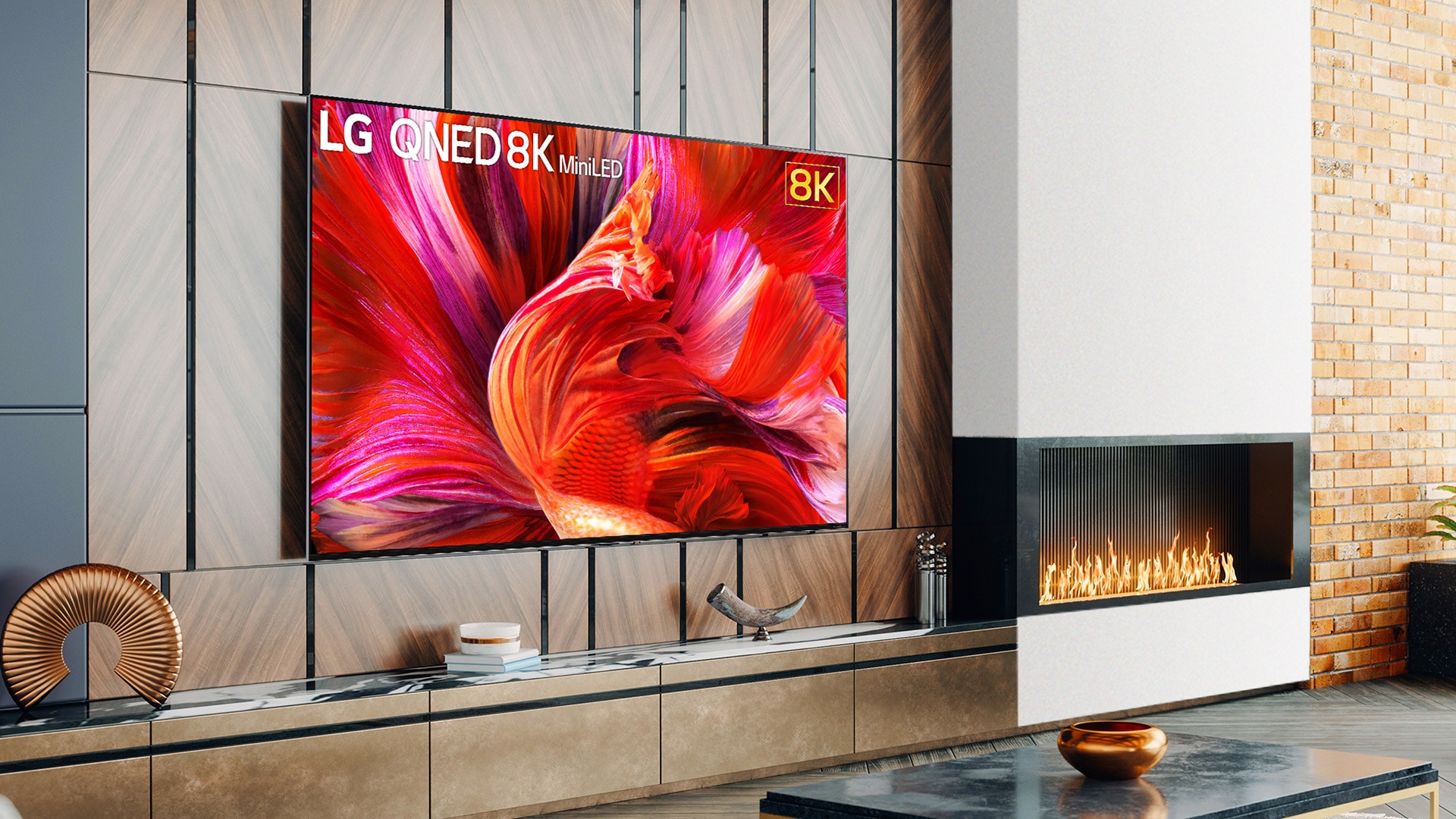 The TV is equipped with a Mini LED backlight, the purpose of which is to increase the number of zones for controlling the brightness of the backlight, and with it the contrast. After all, the IPS panel, typical of LG TVs, has a low contrast, making up for the lack of wider viewing angles. Full Matrix Dimming helps improve black levels. In our review of the LG 65QNED966PA 8K TV HDR, we’ll take a closer look at the features of the new product.

Externally, the LG 65QNED966PA TV is almost indistinguishable from the flagship model LG 2021 QNED99 . It’s premium styling, with thin bezels around the bezel and a graceful crescent stand. The distance from the table to the bottom of the panel is almost 7 cm. Therefore, most soundbars should not obstruct the view. 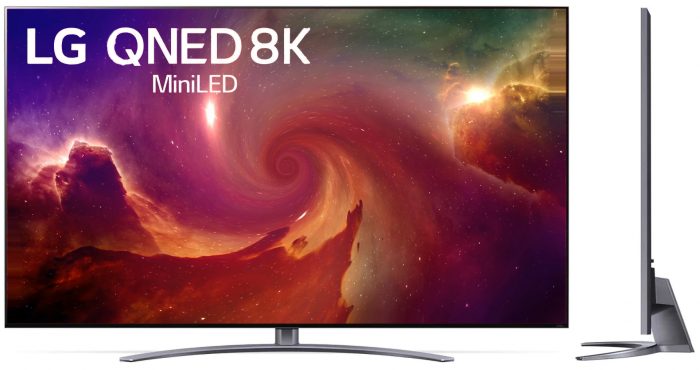 The back of the TV is metal and has a rather simplistic look. Cables are bundled and exited through a channel in the rack. There are ventilation holes at the top of the panel for air intake. The bezels are thin, no more than 0.8 cm. The panel itself is also very thin, with a maximum thickness of 3 cm. The QNED96 supports the LG Slim wall mount. The build quality raises no objections.

Like most LG LCD TVs, the QNED96 uses an IPS (In-Plane Switching) panel. The vast majority of TVs on the market today use VA (vertical alignment) panels . IPS panels struggle to reproduce the deep black levels of VA matrices. On the plus side, IPS panels tend to have wider viewing angles than average.

The problem of low contrast (about 600: 1) is solved by the local dimming function of the full Mini LED array . The miniature size of the LEDs allows you to significantly expand the number of zones for separate dimming of the backlight – up to 1200. At the same time, the dimming accuracy is significantly increased. In total, the black level is reduced for the IPS panel to 0.061 nits. A commendable result! 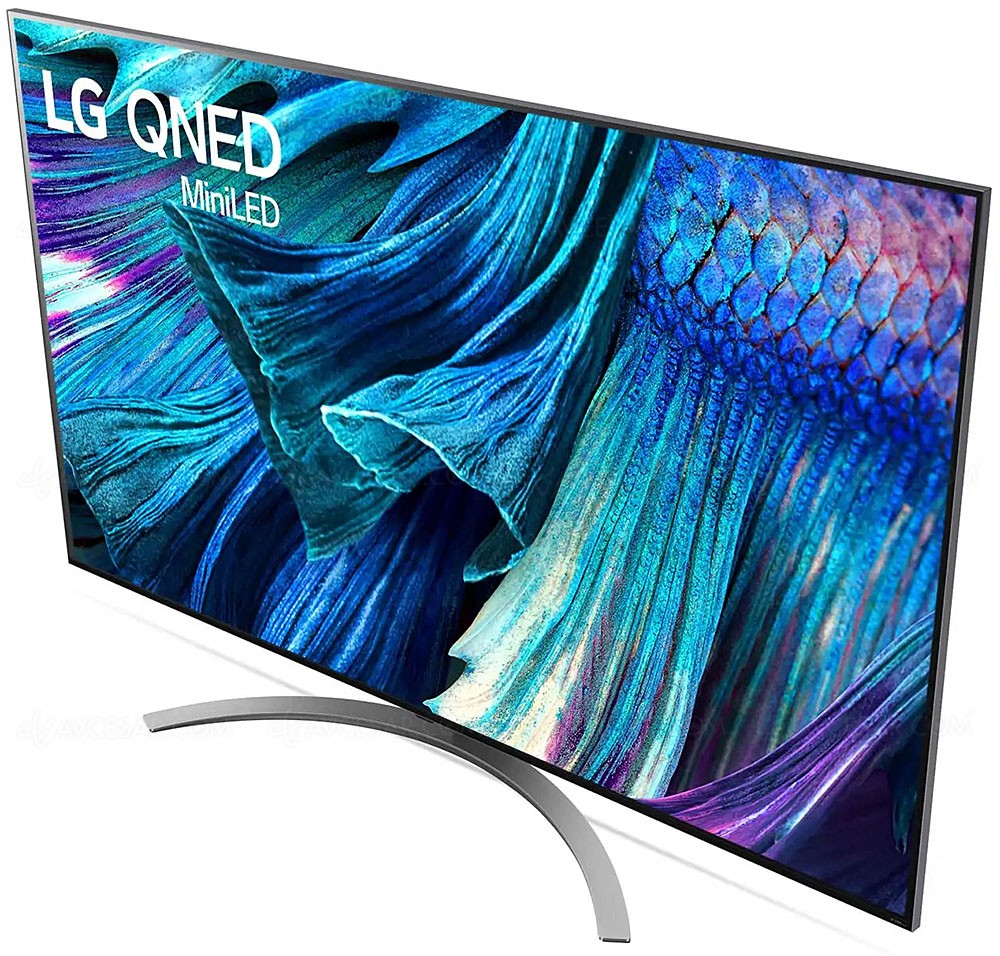 HDR peak brightness in real scenes is 2x that of SDR at 800 nits. Maybe you want to expect more from Mini LED TV? In such a case, it is best to set Auto Dynamic Contrast to High. This will make most images appear brighter, but the overall peak brightness will not be achieved. All major HDR formats are supported except HDR10 +.

The 65QNED966PA has an Achilles heel on its increasing number of backlight zones. These are small to medium sized clouds of light that frame various elements of the image, depending on how bright they are in relation to the rest of the image. Of course, halos around bright objects against a dark background are not as noticeable as on the LG NANO99 TV .

However, due to the huge number of mini-LED zones and the speed with which they change brightness, the spreading of the backlight is quite lively and distracting. This can be seen in both SDR and HDR content. As already mentioned, the IPS QNED 96 panel allows for above average viewing angles, at least in terms of contrast and saturation.

The image remains fairly accurate when viewed off-center. But colors start to blur and the screen looks darker at really wide angles. Given that the LG QNED96 is only available in “large” and “huge” variants, it is important to consider how a room full of guests will be.

The LG QNED966PA displays an excellent wide color gamut for HDR content. Although the coverage of the wider Rec. 2020 is a bit limited, the TV has close to 100 percent coverage of the commonly used DCI P3 color space. The color volume is also decent. It is slightly limited by low contrast, and cannot display very dark colors, but generally acceptable.

The LG QNED96 series boasts an impressive 12ms response time. The movement looks good for the most part, but you can still see some blurry trail due to overshoot. The 65QNED966 does not technically use PWM to adjust the backlight brightness, so there is no flicker. There may only be a slight drop in brightness coinciding with the panel refresh rate of 60 Hz.

There is no backlight strobe function known as black frame insertion. Therefore, the image looks slightly washed out, but without loss of brightness. The 30fps content motion interpolation function works well with slower scenes, but does not keep up with fast ones and causes artifacts.

Unlike the QNED90, variable VRR refresh rates are not supported, as are FreeSync or G-Sync technologies. Jitter “float” is available for 24p sources (Blu-ray or DVD discs) as well as in the TV’s own applications. The latency of 1080p signal output in game mode does not exceed 14ms.

Unlike some other HDMI 2.1 TVs , it supports Dolby Vision with 4k @ 120p gaming. However, due to the low refresh rate of the panel, every second frame is displayed. It also has an automatic low latency mode (ALLM) that automatically switches the TV to game mode if a game is started on a compatible device.

The QNED96’s 2.2 sound system has a decent frequency range and a well-balanced sound profile. But despite the presence of two woofers, the TV does not reproduce much bass. Therefore, you will need a dedicated subwoofer or even a soundbar if you want the best possible sound quality.

Distortion rates are fine. When listening to content at moderate volume levels, there are not so many of them, but it becomes much more at maximum volume. However, it all depends on the content, and not everyone can hear it. The total sound power is 40 W.

At the heart of the QNED966 is LG’s latest webOS 6.0 smart platform , which has undergone some changes in recent years. Her home screen is where the viewer spends most of their time. And while there are tons of apps and a lot of sponsored content to choose from, the interface is sluggish, which is kind of a drag on such a top-notch TV.

The updated LG Magic Remote has a built-in microphone for voice control. You can “ask” him to change signal sources, search for content, open applications and configure some parameters. By the way, under the center of the screen there is a single button that allows you to turn on / off the TV, change inputs, volume and channels.

The QNED96 has four HDMI ports (one with eARC ), all HDMI 2.1 with 8K support at 60fps, 4K at 120fps , and auto low latency mode. Here’s what’s else in the small L-shaped notch on the back of the TV: 3 USB 2.0 ports, air / satellite antenna jacks (region dependent), Ethernet (LAN) input, and digital optical audio output. Wireless connectivity is also in place. It is dual band Wi-Fi and Bluetooth v5.0.

The LG QNED96 TV deserves immense respect for the way it delivers impressive display technology. It is also a pleasant surprise that the IPS panel delivers a contrast close to what is expected from VA panels. The zoom capabilities are also some of the best among 8K TVs. But it’s worth remembering that 8K is the main reason this TV is so expensive.