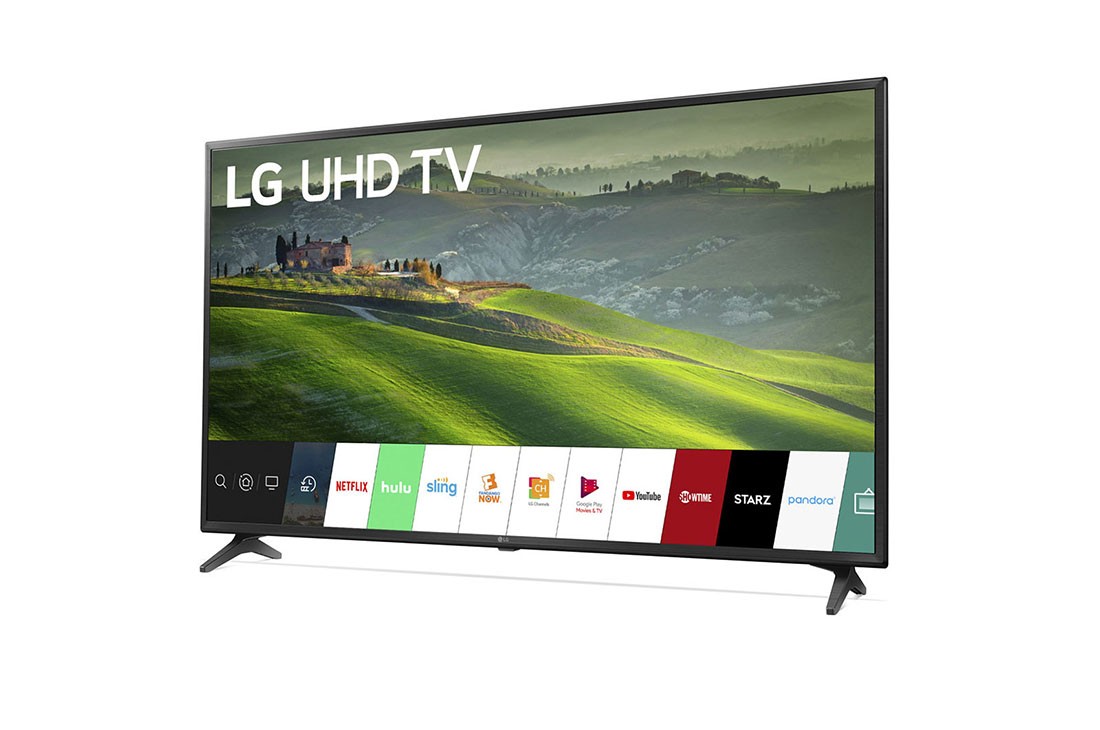 LG UN6900 is the one of the cheapest TVs in the 2020 LG series. The design is a slim TV with a silvery gray bezel with a matte finish. UN6900 series TVs provide clear images with good color reproduction and smooth movements. They also boast a super low input lag game mode. This is especially evident in multiplayer games, where it is important to react to the actions of the “enemy” in real time.

Film lovers can see the film as the directors intended. Filmmaker Mode ™ is a new TV mode that respects the author’s intent. It broadcasts the filmmaker’s cinematic vision to the TV with automatic picture and processor adjustments and delivers true fidelity. In the proposed review of LG 55UN6900 TV 4K HDR, as a representative of the series, we will get acquainted with the characteristics and functionality of the new product.

The appearance of the LG UN6900 is very simple and looks a bit cheap. It is very similar to the LG UN7300 , but it seems to be made of slightly cheaper materials. The stand does not support the TV very well, it fluctuates quite a lot. No cable management options. The legs on the UN6900 are set at opposite ends of the TV, so you’ll need a large table for large diagonals unless you hang the TV on the wall.

The bezels are slightly thicker than most higher end models, so they are slightly more noticeable when watching TV. And the UN6900 TVs themselves are thicker than more expensive models. In particular, this is due to the use of direct type LED backlighting ( Direct LED ). Overall, the build quality is satisfactory. There are some flexing on the rear panel though.

Like most IPS TVs , the UN6900 has a disappointing contrast ratio. The maximum value does not exceed 1000: 1. This makes shades of black appear gray. And of course, this is especially noticeable in a dark room. There is no local backlight dimming function that could improve contrast.

Peak brightness when viewing standard SDR content does not exceed 200 nits. Unfortunately, this TV cannot be very bright in HDR mode either. Peak brightness hovers around 300 nits. In Vivid mode, it increases slightly. But still, small highlights in some scenes do not stand out as much as they should. Plus there is a noticeable change in brightness when displaying different content.

The uniformity of gray is not bad. But still there is a “mud” effect on the screen and it will be noticeable in sports broadcasts. In addition, the corners of the screen are slightly darker than the main body. The uniformity of black is not good. Blurring is noticeable all over the screen, which can be distracting in dark scenes. Viewing angles are typical for IPS. LG promises that color accuracy will remain unchanged up to 60-degree angles.

Scaling or upscaling to 4K resolution is implemented using a 4-core processor. At the same time, content with a lower resolution looks fine on the LG UN6900 screen, as if it were native. As with previous models such as LG UK6300 , the RGBW structure with an additional white pixel is used, while the total number remains unchanged. This TV does not have a wide color gamut, but at the same time the color gamut is not bad – about 80% in the DCI-P3 color space. EOTF does not follow the PQ curve properly and almost all scenes are displayed brighter than they should be, including in game mode. But with the level of chromaticity a little worse. Colors are not as bright as pure white, and they cannot display dark saturated hues due to low contrast ratios.

LG UN6900 has excellent response time. Its value does not exceed 14 ms. There is a slight blur in some transitions, which may be noticeable in dark scenes. Backlight flickering results in noticeable outlines of moving objects (ghosting). Unfortunately, the backlight is modulated at 100/120 Hz even at maximum brightness. But on the other hand, it helps to improve the clarity of movement compared to a TV without a PWM backlight.

The UN6900 TV has an additional motion interpolation function that can be used to increase the frame rate up to 50/60 frames per second. This can improve the appearance of movement on the screen. But it also leads to what is known as the Soap Opera Effect, and may bother some people. There are no additional “float” on the TV.

There is ALLM mode – automatic transition to game mode when the console is connected. In this case, the minimum possible input lag for an input signal 1080p @ 50 Hz is no more than 12 ms. Note also that the TV complies with the HGiG guidelines.

The 20W UN6900 audio system has a decent frequency response. But Low Frequency Extension (LFE) is bad, so the bass has no kick / rumble. However, the mids are more even, giving relatively clear dialogue. The TV is loud enough for small spaces. But it is clear that the level of distortion at high volume is high.

So, of course, it’s worth getting a separate soundbar at a minimum. This will give much more effect when watching movies, especially with dynamic action. Thankfully, LG has a decent assortment of soundbars out there. Take the LG SL6Y soundbar .

Like all 2020 LG models , the UN6900 uses an interface on the webOS 5.0 operating system . The viewer gets access to Apple TV apps , Disney +, Netflix and LG channels . There is a choice of the latest movies, TV shows, documentaries and sports broadcasts, all in one place. True, the Disney + subscription is not pre-installed. But every new subscriber is eligible for a one-week trial.

Like all the latest LG TVs, there are ads on the home screen and content store. These ads cannot be turned off and there is also no way to opt out of the proposed content. The LG Content Store has one of the widest selection of apps available. UN6900 only includes a basic remote control and is not compatible with LG Magic Remote. The basic remote works well, but there is no voice control and requires line-of-sight to the TV. 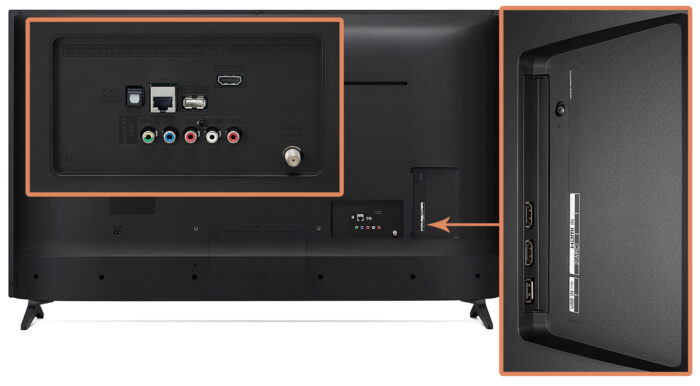 LG UN6900 TV supports Wi-Fi 802.11ac wireless communication. There are three HDMI and two USB ports – one on the back, the rest on the side. One of HDMI supports ARC Audio Reverse Channel. It can transmit DTS 5.1 and Dolby Digital 5.1 audio. The antenna jack, LAN port and optical digital audio output are also on the back, where is the composite video input.

This inexpensive LG UN6900 TV has good picture quality, which is well suited for sports. Plus, it has the fastest game mode. When it comes to movies and TV shows, there are screens with even higher contrast, but they also cost a lot more money. So, overall, the 55UN6900 TV will be a good buy when it hits the stands.