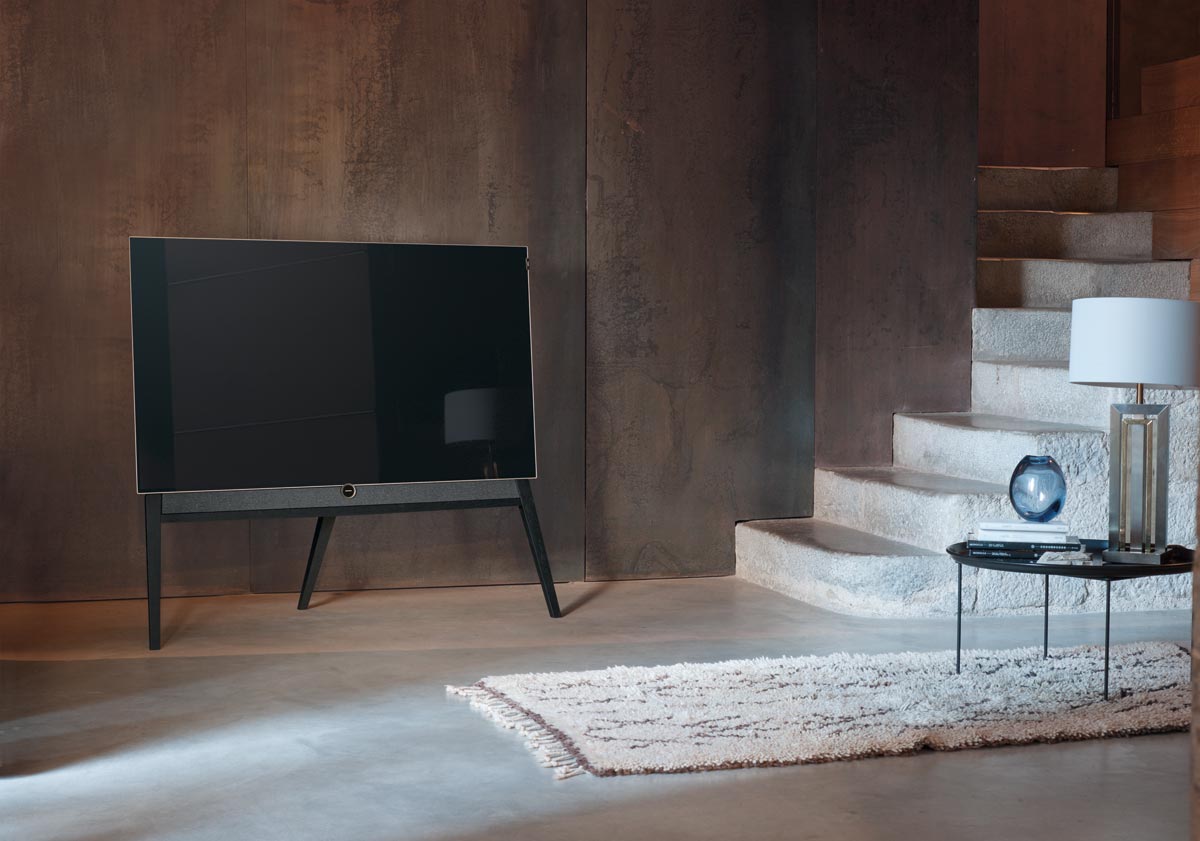 These are some devices that last for years. They are timeless, we would say classic, that are not affected by time, they are constantly renewed… even if they remain the same. Watch the TV we are testing here, it looks like it was designed yesterday or as if it has not been released yet.

It is a UHD 4K OLED technology TV that was released in 2018, just a few months before the production line closed and the German historical company declared bankruptcy. It was as if time froze.

Loewe went through 40 waves and where everything seemed irreversible, a few months ago the investor was found and Loewe got ahead again. Next were the first Loewe TVs of 2020 to be designs of 2018 and the result shows how far ahead this manufacturer was two years ago.

But how fresh bild 5 of the test looks! It has an oak easel as a support base, independent sound bar, aluminum around the screen and OLED panels. Suffice it to say that Samsung is now releasing The Serif series, which is very similar to bild 5, is a lifestyle trend of the time that wants TVs that are more homey than the flats that dominate the market.

Of course, a TV designed in 2018 does not have the modern technology of 2020. Bild 5 is lucky since it uses OLED panels whose recent development is not so important. So the only technological weakness of bild 5, compared to today’s TVs, is its network capabilities, although it offers other hidden talents as compensation.

The external appearance of bild 5 is designed in the studio of Bodo Sperlein in London, this special appearance will certainly not fade easily in time. At the back there are plastic covers that can be removed to cover the cables. It’s one of those TVs that has plenty of features that are now extinct.

For example, it is possible to watch two channels simultaneously on the screen (picture-in-picture). To write two channels at the same time, while watching a third one (there is a built-in 1TB disk), to rewind a show that is playing now, we can even record a show with a remote command from our mobile phone.

Otherwise in bild 5.65 there are 4 HDMI ports (one with arc and one 2.0a), Bluetooth, headphone jack and two antenna slots. It receives terrestrial and satellite channels, while it has triple receivers (six in total) to achieve simultaneous recordings and pip. 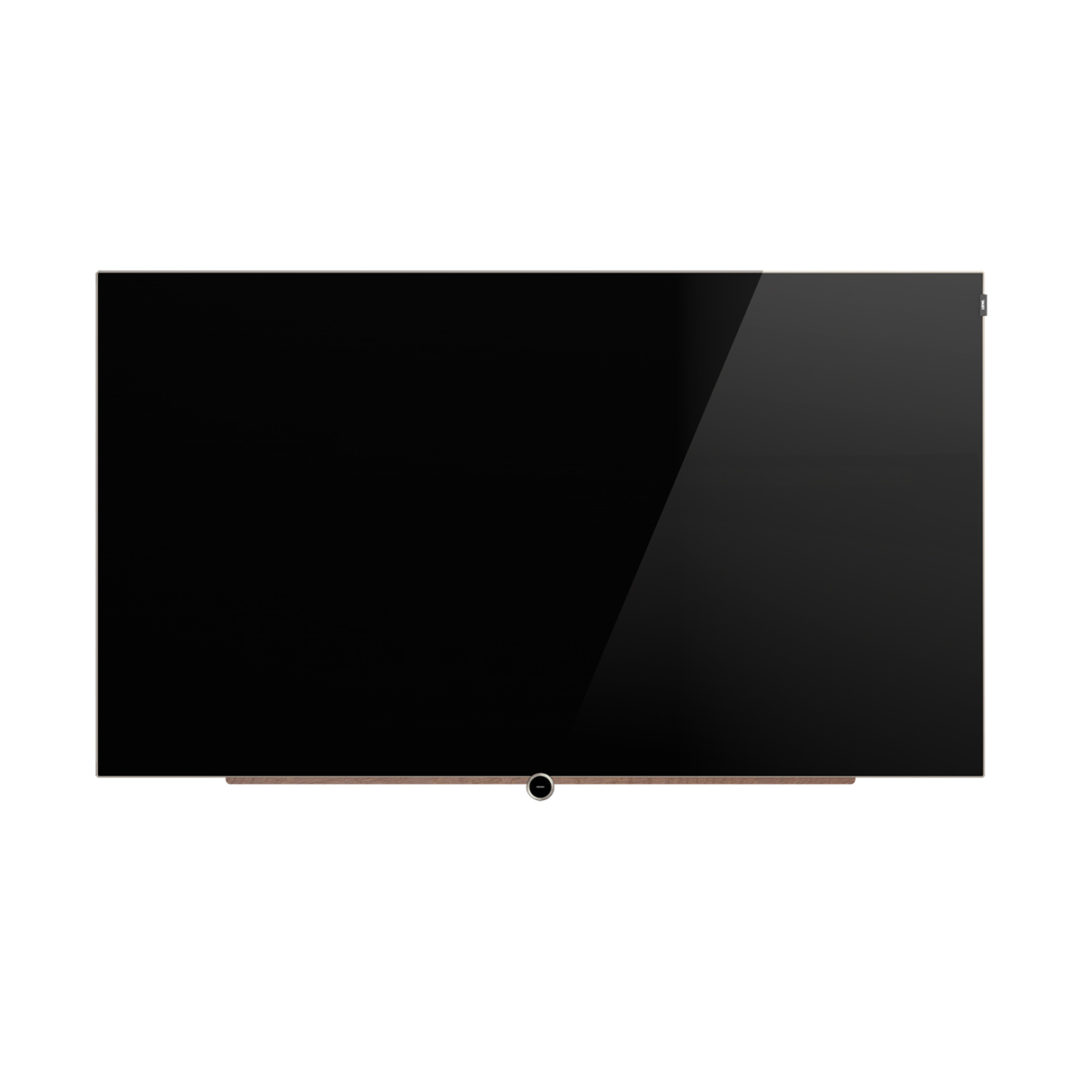 These receivers are of high quality as Loewe specializes in TV reception, something that other TV manufacturers no longer pay attention to.

As far as HDR as OLED is concerned it has Dolby Vision, HDR10 and HLG, it also achieves effective upscaling with 24p presentation capability for those who want a cinematic effect.

The audio system is 2x20W, has a subwoofer output and a digital coaxial output. If this still does not reach you, between the TV and the base, there is infrastructure for an optional Loewe sound bar.

Loewe has its own smart platform, as a result of which it lags behind the competition. Although its platform has the most useful applications such as Netflix, YouTube, Amazon, Tidal, Alexa, but it is not distinguished by its speed and wealth of services. We tried the TV and really saw that it excels as OLED.

Its brightness is one of the highest with such a panel, almost 800nits, which means that the manufacturer took special care of it. In receiving the channels she gave recitals, providing powerful management and selection tools to her user.

The HDR works as it should, especially with material from Netflix we got the bright spots with the right content without the contours interfering with the rest of the image. Its flow is smooth as OLED is, while for its black it is just wonderful.

In general, it is a beautiful OLED TV, without competition in its presence and it manages all this in a simple and functional way. If you are looking for a TV that does not look like any other out there, Loewe Bild 5.65 is what you want.