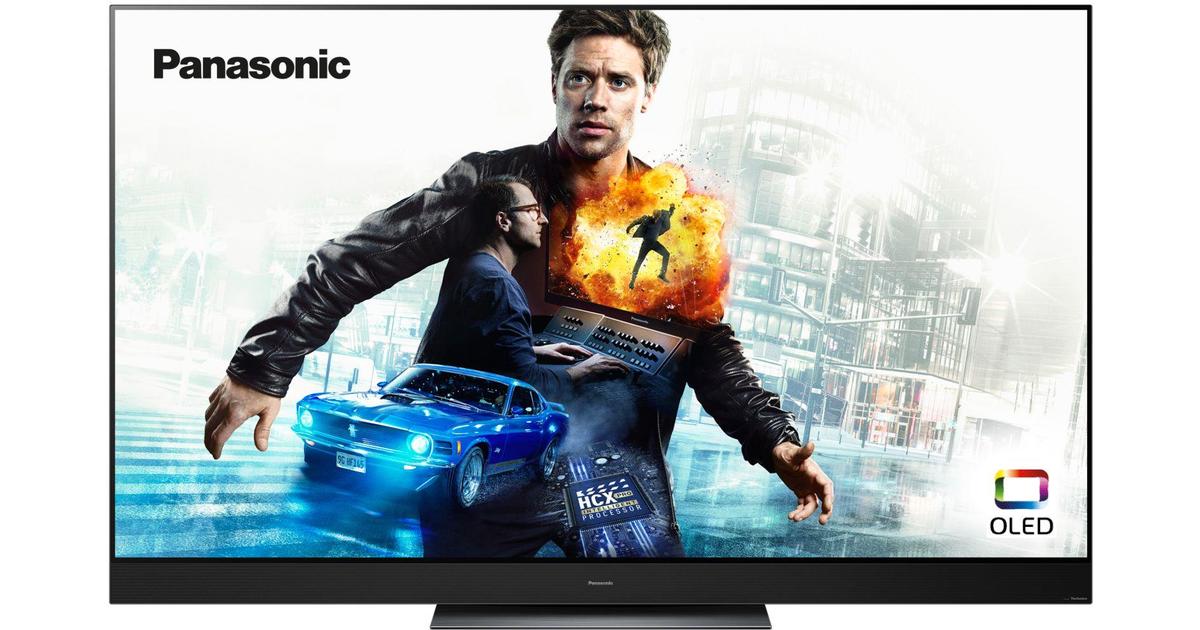 Panasonic has created three series of OLED TVs for the sequel, the top HZ2000 we are testing here, the second of the top HZ1500 that has a rotating base and the most economical HZ1000.

The difference between them is that the Panasonic TX-65HZ2000 has the rare and unique panel Master OLED Professional Edition, which was built by skilled engineers and calibrated by cinema experts (Hollywood). As you know, Panasonic takes the OLED panel from the LG Display, disassembles it, throws away the low-quality materials, puts on its own grooming and reattaches it with a high-end mentality to create a first-class base unlike any other. panels out there.

It is the only company that does this, all other OLED TV manufacturers use the LG Display panel as it is. Panasonic does all this not only to improve the performance (especially the brightness) of the OLED panel that is comparable, but also to fight – as much as possible – the burn-in effect with the remaining images.

Which he does in part, since burn-in can’t be completely combated. So Panasonic has gained a great reputation in the OLED TV market, especially with the “2000” series which is considered by many to be the best. Since it has high-end image performance that only monitors in movie studios can exceed.

Visually, the new HZ2000 is no different from the GZ2000, it is built into the same chassis, it has the same base and the same sound system developed by Technics. Even the remote control is the same. But the HZ2000 is significantly better than the GZ2000 in terms of image quality, smart platform and interfaces.

In other words, the HZ2000 came to be placed high on top of the TVs, it is an expensive device since Panasonic uses significant resources and years of know-how to build it.

EVEN BETTER
Since Panasonic already had a top TV on the market, because it went to the trouble of creating an even better one. She did it not to respond to the competition, but to satisfy her fans who wanted a new model with the new systems of 2020. And what are they? Dolby Vision IQ, Filmmaker Mode and eARC to “deliver” Dolby Atmos to a sound bar or home cinema.

At the same time, the manufacturer, with the release of the HZ2000, found the opportunity to “tease” the OLED panel even more in order to “bring out” more brightness, to improve the smart platform and to add more image settings.

To achieve all this, he optimized the HCX Pro Intelligent processor of the TV that “runs” years of writing high-efficiency image algorithms, which only the “old” manufacturers have. Of course, the performance of such a TV does not come simply from quality components, materials and algorithms, but from the final human hand, that is, from its “tuning”.

Stefan Sonnenfeld, a famous Hollywood colorist, is responsible for the colors of the HZ2000, while Technics is responsible for its sound. Although it is OLED, the TV is not thin at all in thickness, in fact in places it is even thicker than the LCD TVs with FALD panel. The reason is that on the back and at the bottom of the TV panel, there is a whole Dolby Atmos sound system with speakers that shoot to the ceiling, to the listener and back.

There are a total of 5 speakers (speakers) with a total power of 140W, so the owner of the HZ2000 does not need to invest in a sound bar. In fact, this sound system, even when the content is not Dolby Atmos, creates a full 3D field (called 360 ° Soundscape Pro).

There is an automatic equalization system (Jeno Engine technology) that “adjusts” the sound according to the way the TV is placed, while there is also a sub-out output for connecting an external subwoofer. The same output can be “turned” into a headphone jack.

Down, low and left on the TV, there is a sensor that “reads” the light of our space (room). From there, a complex process called Intelligent Sensing begins, and Panasonic has worked hard to ensure that the final image on the screen is the same, whether in daylight or in the dark.

The TV automatically adds or removes brightness from the image, compensates for colors and optimizes gamma. All this is done dynamically, reading the incoming image signal. That is, Intelligent Sensing adapts the content to the screen, as if we had it in a dark room. This means that even in daylight in a living room, the viewer receives all the details of the image.

Here comes the new HDR system, the Dolby Vision IQ, which utilizes the light sensor of the TV and in relation to the dynamic metadata of the signal, always writes on the screen the same HDR performance no matter how bright or dark the room is.

Dolby Vision IQ also takes into account the type of content, ie it renders a scene shot in the snow (light) and otherwise a night scene (dark). But the HZ2000 does not stop here. It is also equipped with the new Filmmaker Mode system that is activated automatically (if the movie has such a rating) or by the remote control.

Filmmaker Mode has long been a requirement of the film industry, an option that excludes all image processing and settings, such as audio only or direct on amplifiers. With Filmmaker Mode the image is white at exactly 6500 degrees Kelvin, no motion correction, sharpness, noise suppression, overscan (ie to maintain the original aspect ratio of the image) and generally no signal processing is applied.

So far we have seen Filmmaker Mode on Panasonic, LG, Samsung and Sony TVs, and it will definitely be available on all TVs next year. Importantly, it should also be noted that the HZ2000 has calibration options at the lowest (black) signal levels, at 0.5% and 1.3%.

This allows professionals and film lovers to ensure a more accurate and linear transition from completely black to less black. That is, surgery on the low nits, on the small gradations of gray before it turns black.

This allows the transition to black tones to be controlled with even greater precision. Otherwise the HZ2000 supports CalMAN metering system, Netflix movie mode like two ISF settings.

In addition to Dolby Vision, it has HDR10 + as well as HDR cameras such as Photo Dolby Vision and HLG Photo, something that professional photographers love. In other words, the new Panasonic is a sheer wealth of systems and features.

The responsibility assigned to us by Panasonic was great, hxosplus would be one of the first magazines in Europe to test the HZ2000. The TV arrived in the magazine’s studios, in a beautiful white box, at 65 inches.

With reverence and care we screwed the sturdy metal base in the center of the device, which means it can be placed even on a short (as long as the base) table. Everything went smoothly, setting up, setting up, connecting to the network, tuning in the channels and navigating the smart platform called My Home Screen 5.0.

This year, this platform has evolved a lot compared to last year, to the point that it has nothing to envy from the competition. The remote control has illuminated keys so that we can see it in the dark, it is full and has a direct selection button in Filmmaker Mode.

Panasonic has a Quattro reception system, ie it consists of four receivers, two satellites, one cable and one antenna, while it is the only manufacturer with IP TV receiver that allows the “reception” and distribution of channels through the home network for other compatible TVs. 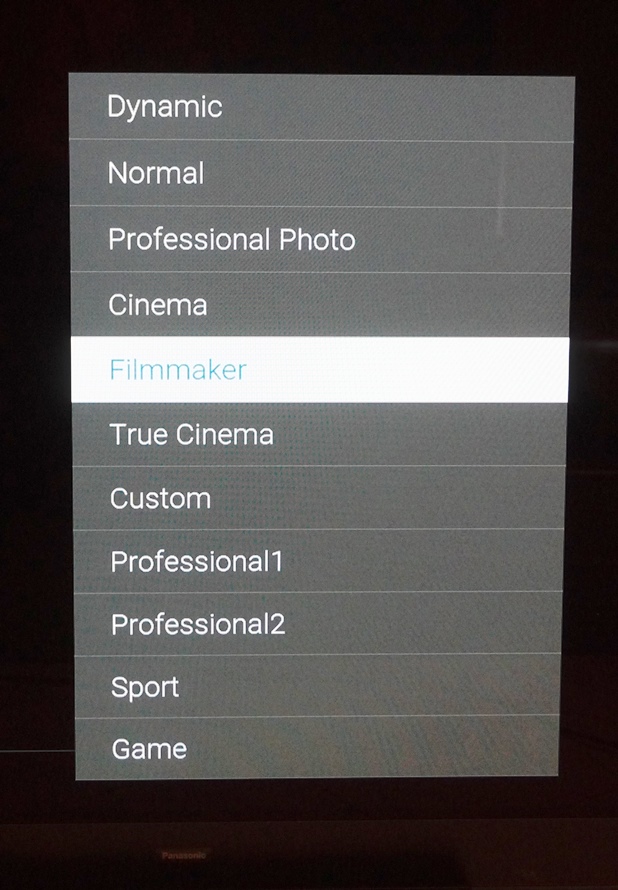 That is, with one antenna, more TVs are powered. A system that is more enriched than our well-known DLNA. Starting watching TV content, the HZ2000 proved to have a powerful upscaling system from HD to UHD, even if our signal is quite compressed.

With purely 4K material, its image is beautiful, soft and accurate. In fact, the HZ2000 had increased contrast and therefore dynamic range compared to last year’s model. HDR content is more impressive, brighter and more cinematic.

Just the image of the TV has a sweet wonderful elegance that beautifies the viewer’s eyes. You literally can’t peel them off, offering gloss, textures and gradations that other TVs can’t reach. If the content is demanding then there are all kinds of aids available to “bring” the image in its path.

It is a powerful device that no matter how hard you look for it, you will hardly find negatives, even gamming care – although it does not say – for low lag (ALLM) that works perfectly.

Like the GZ2000 it does not have HDMI 2.1, but it has eARC in audio and that is enough. All in all, we have an OLED movie TV that your eyes will surely love. For demanding people only!