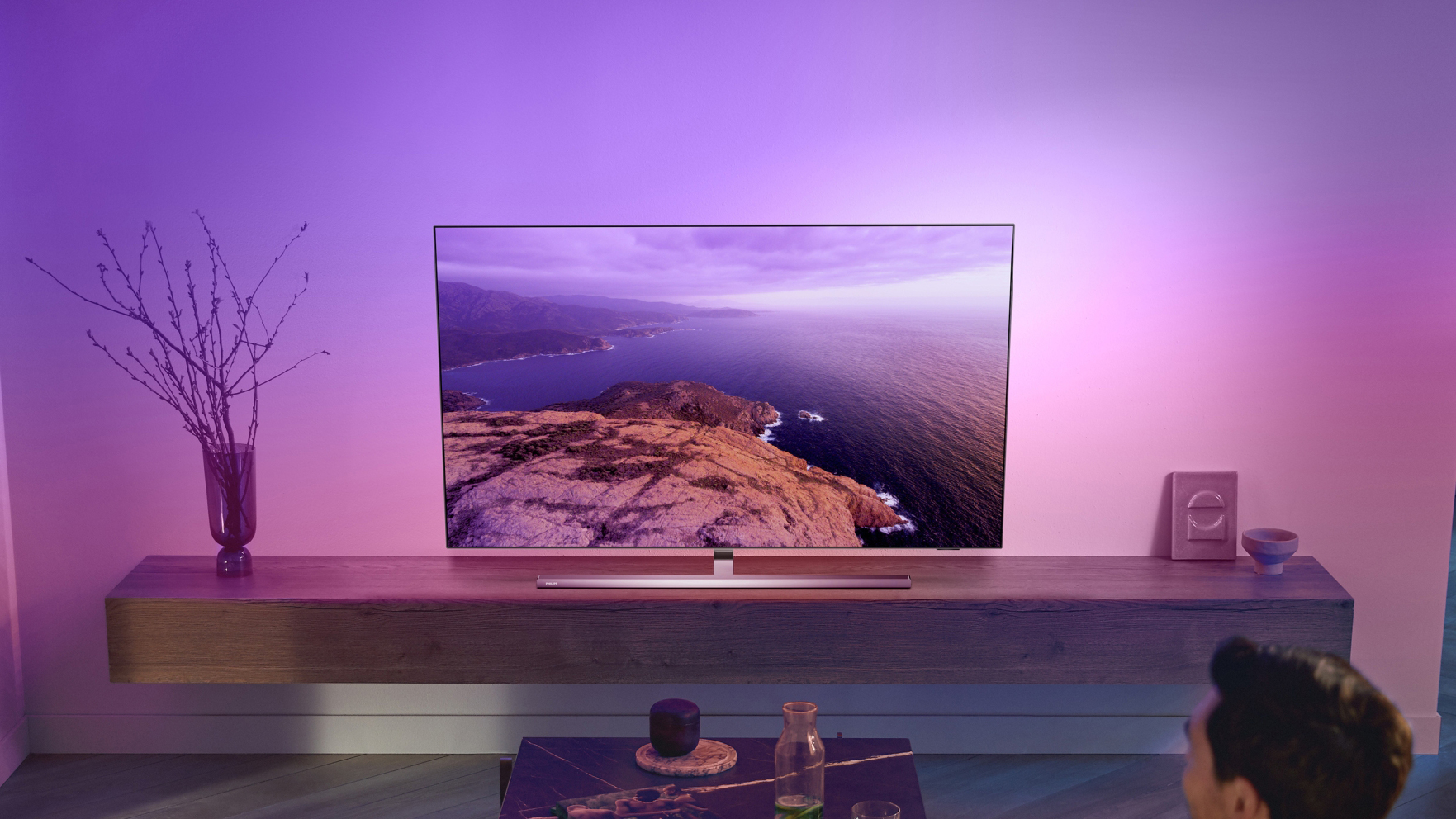 Making a TV even better than last year’s version is not easy. However, the new Philips OLED807 series gives just that impression. We can say that Philips definitely coped with this task. Several image quality improvements and additional or upgraded features make the OLED807 series stand out from the 2021 OLED806 variant.

So, Philips presents OLED807. This is one of the candidates among Philips’ new line of OLED models for 2022 . The 4K TVs are based on the new OLED Evo panel, although some sources claim these TVs will use LG Display’s OLED EX panel. Consider the review of Philips 55OLED807 OLED EX 4K TV as a representative of the new series in 2022. 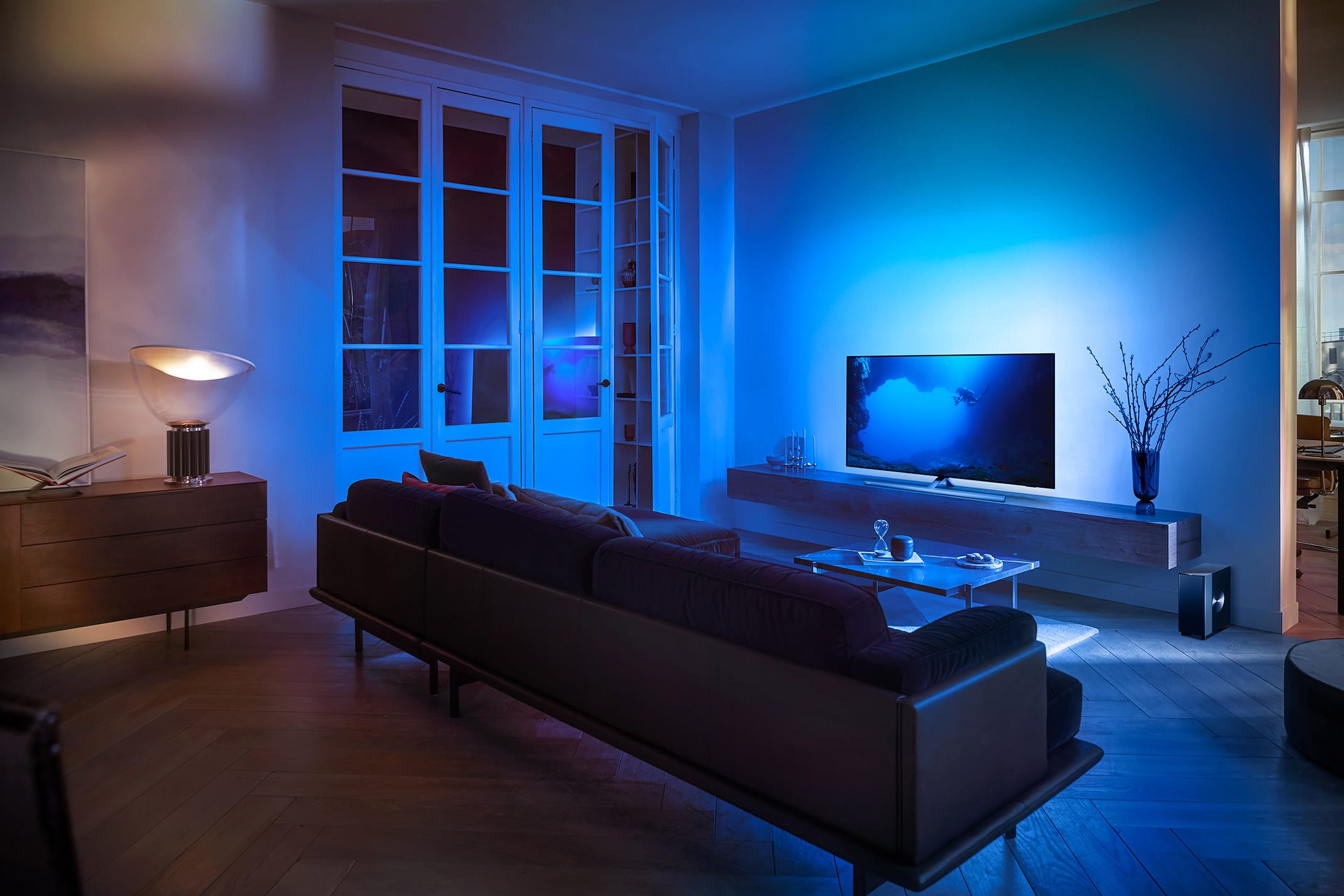 As in previous years, Philips has installed its own anti-burn-in technology. The system smoothly dims static objects and thus protects the panel. In addition, the more stable emitting material ensures that issues such as OLED burn -in do not occur during normal viewing. 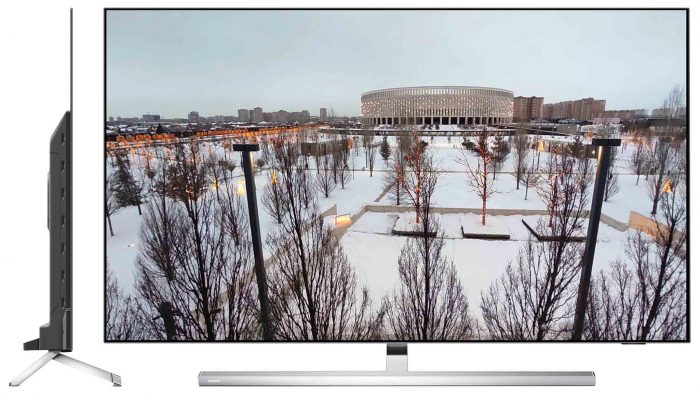 As we mentioned above, Philips OLED807 series is the successor of Philips OLED806 . What has definitely been carried over from last year’s models is the European design that TP Vision has carefully crafted. The new OLED panel is housed in an ultra-thin metal frame, providing the perfect transition to four-sided Ambilight.

Philips OLED807 series with diagonals of 48, 55 and 65 inches received a central T-shaped stand. With this stand, the Philips 55OLED807 TV screen can be rotated. Only the largest diagonal in the 77-inch version of Philips 77OLED807 is content with a stand in the form of a pair of legs located on the sides. After all, the weight of the 77-inch model is quite impressive.

Lovers of the unique advantage of Ambilight echo the motto: “Ambilight should not be missing from Philips TVs.” All Philips OLED807 series TV models have a 4-sided backlight version. Ambilight has been redesigned to be even more responsive with improved color space accuracy. Many will now think, is it possible to do something better with the existing Ambilight backlight? The answer is yes, the user will see how the update will affect the additional lighting feature.

TP Vision in the new Philips 55OLED807 is the best way to deliver the performance boost thanks to the new 6th generation P5 AI image processor. In 2022, the focus is on optimizing automatic image adjustment based on image analysis and new AI-assisted image management.

Even if the image is perfectly calibrated, the visual impression can be “blurred” by incorrect environmental conditions (ambient lighting). Philips Ambient Intelligence constantly monitors the lighting conditions in the room and adjusts brightness, gamma and color temperature accordingly. This ensures that details and contrast are preserved when playing HDR and SDR content.

In addition, an improved “AI Auto Film” function has been added, including a “Smart Picture” mode. Similar to continuously adjusting the picture with “Ambient Intelligence”, the 55OLED807 constantly checks what content is being played based on learned characteristics and always switches the TV to the appropriate picture mode.

In 2021 models, there was a distinction between the two picture modes. There are only seven of them in the Philips OLED807 series, including the Filmmaker mode with the “Dolby Vision Dark” setting, which really reproduces content in dark scenes perfectly.

Theoretically, the Philips 4K OLED807 OLED TV delivers the best possible picture quality without the need for additional or manual user adjustments. But each person has personal preferences, especially when it comes to rendering visual content.

In short, Philips gives its viewers a rough set of priorities. In this regard, the P5 AI video processor gains access to the “eye care” parameters. The mode implies a less blinding and eye-pleasing picture.

The Vivid mode used by Philips in recent years has now been replaced by “Crystal Clear”. However, the main purpose of this picture mode is the same. Sharp images, rich colors and the best balance between sharpness, color and contrast. Perhaps this is the preferred picture mode for most, although advanced users will resort to picture calibration and other picture modes.

When it comes to video signal processing, the Philips OLED807 is once again at the top of the podium. As of last year 2021, 4K video signals are supported at a maximum frequency of 120Hz (via HDMI 2.1 ). The OLED807 features HDR formats such as HLG, HDR10, HDR10+ and HDR10+ Adaptive.

These formats are joined for the first time by the “IMAX Enhanced” mode. Thanks to an optimized IMAX Digital Media Remastering (DMR) process, films must be expressed on screen in the best quality possible. The IMAX Enhanced picture mode, as we remember, is designed to best represent the picture as the director intended it. 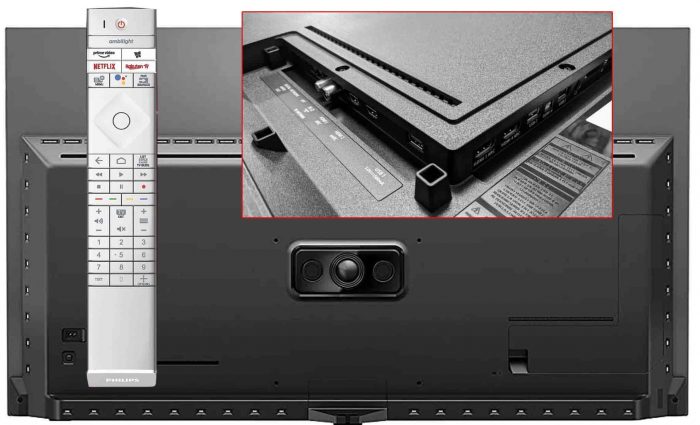 Gamers have nothing to complain about with the Philips OLED807 series TVs. With the PlayStation 5 , Xbox Series X , and new graphics cards, it’s finally possible to take full advantage of the built-in 48Gbps HDMI 2.1 interface. 4K @ 120Hz with 4:4:4 chroma and 12-bit video signals are no longer a problem.

A new feature is the on-screen advertising of games, the so-called “Game Bar”. And where without advertising. In this new and convenient menu, you can find picture and sound settings, as well as information about processed signals. You can also quickly change settings on the fly without endangering the performance of the gaming moment.

The built-in sound system in the Philips OLED807 series is quite powerful. The 2.1 CH system features a three ring bass driver with four passive radiators. Acoustics delivers an amazing sound power of 70 watts into the room. The new gadget “TV and Wireless Home System”, based on DTS Play-Fi technology, turned out to be very cool.

This allows you to connect other components of the multi-room audio system to the 55OLED807 TV, which should provide even better sound quality. For example, the manufacturer recommends using the new FB1 soundbar, FW1 subwoofer and FS1 satellites with Ambilight LED. This is the minimum wireless home audio system.

Connecting multimedia end devices to the Philips 55 OLED807 wirelessly is now very easy. And such a system will always provide you with the best sound quality. With the upcoming OLED807 4K OLED TV firmware update, it will be possible to add and adjust the center channel separately in the sound settings.

As for Smart TV in Philips TVs, everything is normal here. With the OLED807 series, Philips has introduced the Android TV 11 operating system with all its benefits, such as Chromecast or the built-in Google Assistant. It is controlled by the premium remote control included in the package. The remote is made using Mierhead leather.

In conclusion of the Philips OLED807 review, I would like to note that all the innovations presented in this series, for the most part, were already known to us from last year’s models. Of course, the use of the new OLED Evo matrix gives a certain plus to the novelty. Claimed “technological breakthroughs” such as DMR and IMAX Enhanced are nothing more than marketing options. In the end, it all depends on the source material.

What else would you like to pay attention to? In 2022, the OLED707 series will also appear, featuring three aspects. On the one hand, the Philips OLED707 series will have flat side feet that will almost lay the TV flat on the surface. Therefore, Philips’ 707 OLED series will only get 3-sided Ambilight. Size selection will be limited to 48, 55 and 65 inches. But most importantly, the OLED707 will not have OLED Evo panels, so increased brightness is not available.

What’s the difference between LG C2 and LG G2

In preparing the article, materials from https://ultrahd.su/tv/philips/55oled807-obzor.html were used. Visit article here.

Advertisement
X
Subscribe to get the best Tech news and reviews of the week.
By signing up, you agree to our Privacy Notice and European users agree to the data transfer policy.
Close
01/31/2022