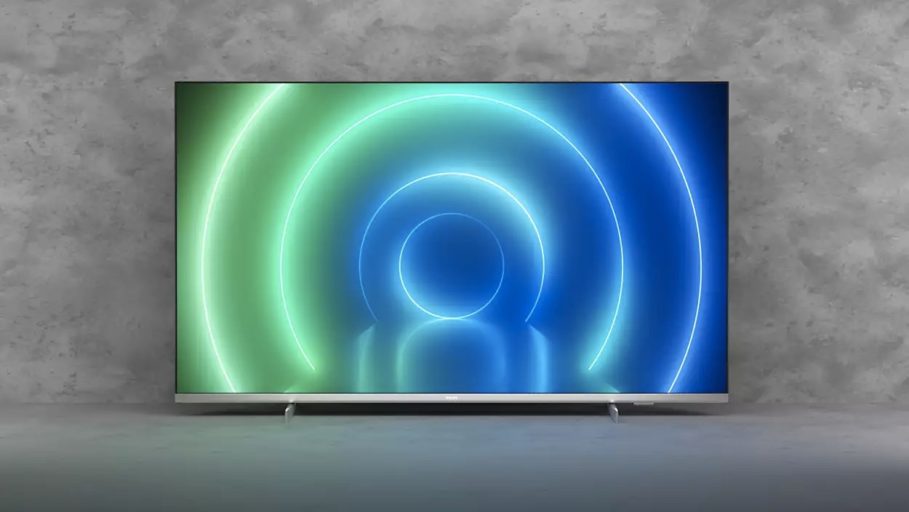 The 55-inch Philips 65PUS7556 / 12 TV convinces with crisp, crisp images and rich colors. However, it is slightly weaker than the PUS7956 in terms of hardware. The main drawback is the lack of the popular Ambilight, as well as the Bluetooth wireless connection. The Saphi operating system only offers a limited selection of applications. 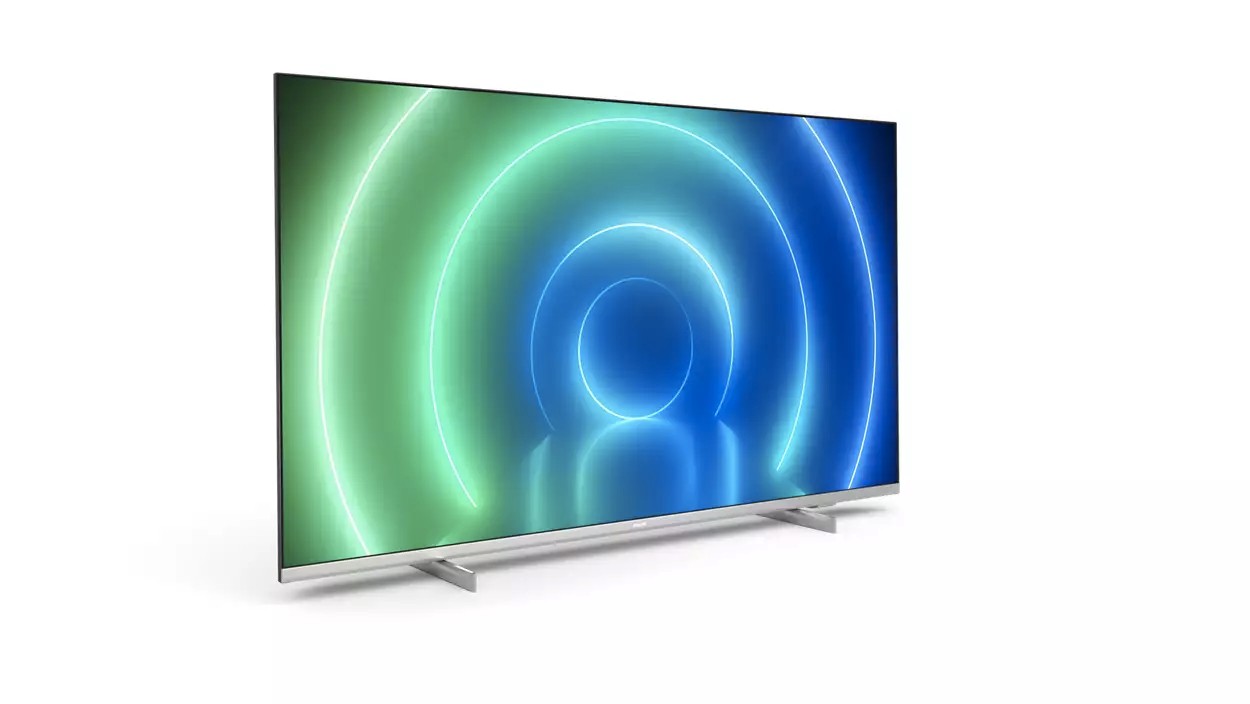 On the other hand, the picture and sound quality itself is not inferior to the more expensive PUS7956 series . The Philips PUS7556 series is available in 4 sizes from 43 “to 65”. In the proposed Philips 55PUS7556 / 12 4K HDR review, using a 55-inch model as an example, let’s try to figure out whether the PUS75 series of TVs are worth their money.

From the outside, the Philips 65PUS7556 TV looks good. The assembly is very high quality. The cabinet and feet supplied with the PUS7556 are made entirely of scratch-resistant plastic. If you prefer to hang the TV on the wall, you will need a suitable VESA 100 x 200 wall bracket, which you can purchase separately and costs just under € 30.

In addition to the TV itself and a stand of two legs, the package includes: IR remote control including 2 AAA batteries, power cord and multilingual quick start guide and safety information.

As for the equipment, it directly corresponds to its price. This is especially true for Smart TV functions. Instead of Android, the inexpensive 55PUS7556 / 12 TV uses its own Saphi operating system . Saphi’s interface is very similar to Android, but offers a much smaller selection of apps.

The system does not work as smoothly as the latest Android version. However, with the exception of the Disney Plus app, almost all important streaming services such as Amazon Prime Video, Netflix and YouTube are featured on this operating system.

For TV reception Philips is equipped with a triple tuner for DBV-C (cable), DVB-T2 (antenna) and DVB-S2 (satellite). Switching takes 1 to 2 seconds depending on the transmitter. For pay TV channels HD +, channel switching may take a little longer due to encryption

The weak point of most budget flat screen TVs is sound. This is especially true for TVs of the lowest price segment. The affordable Philips 55PUS7556 is no exception. This unit is equipped with two small speakers with a total power of 20 watts.

So it comes as no surprise that the audio sounds scanty. However, the voices and dialogues are easy to understand. But the dynamics of the sound leaves much to be desired. When watching movies, the TV clearly cannot boast of deep bass, which in most cases creates sound effects.

To enjoy rich sound when watching movies and music programs, it is best to use an external sound solution in the form of a soundbar. For example, the Philips B7305 / 10 soundbar with a 2.1- channel 300W sound system can significantly improve the situation. 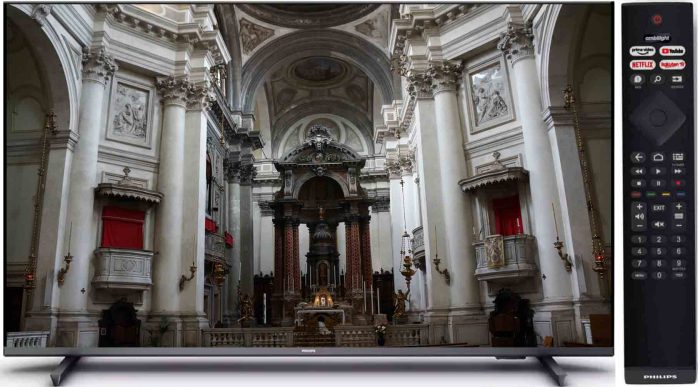 Moving on to the section on image quality, first of all it should be remembered that Philips PUS7556 is a series from a lower price segment. Therefore, you should not expect colossal picture quality from it, like an expensive OLED TV. On the other hand, even the cheapest Philips 4K TVs hold a pretty high bar in this area.

The PUS7556 does not come with a chic Ambilight, but it does have a 4K UHD high resolution display with Direct LED backlighting . Unlike most other manufacturers using the cheaper Edge LED backlighting , the image is more evenly lit and has no backlight bleed through.

Philips TV PUS7556 / 12 impresses with bright colors and great depth of field. The cheap 55-inch device only has a weak point in terms of contrast, especially when it comes to reproducing blacks. This is mainly due to the built-in IPS matrix and the lack of local dimming.

Local dimming is only available on the more expensive high end models. Therefore, this was to be expected in this price range. While LG and Samsung TVs only have certain HDR formats available, Philips supports all HDR systems.

Starting from HLG (HDR for TV stations), through HDR10 and HGiG (Gaming HDR), to dynamic formats HDR10 + and Dolby Vision. However, films that support such standards don’t look much better on this TV series. In this case, Philips is unable to exploit the full potential of HDR due to its lower brightness, the threshold of which does not exceed 300 nits.

On the other hand, the PUS7556 impresses with its incredibly sharp, high-resolution 4K content. TV channels in full UHD resolution are also reproduced clearly and without artifacts through the built-in TV tuner. To do this, you should always give preference to HD channels. The picture may appear blurry on SD channels. 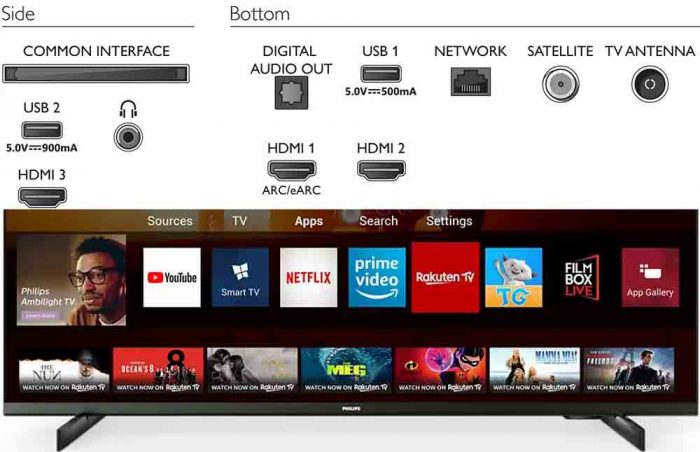 The switching panels have quite a few connections, which is very commendable for such a budget device. In addition to 3 HDMI 2.0 ports and two USB 2.0 ports, there is also an optical digital output and a 3.5mm headphone jack. 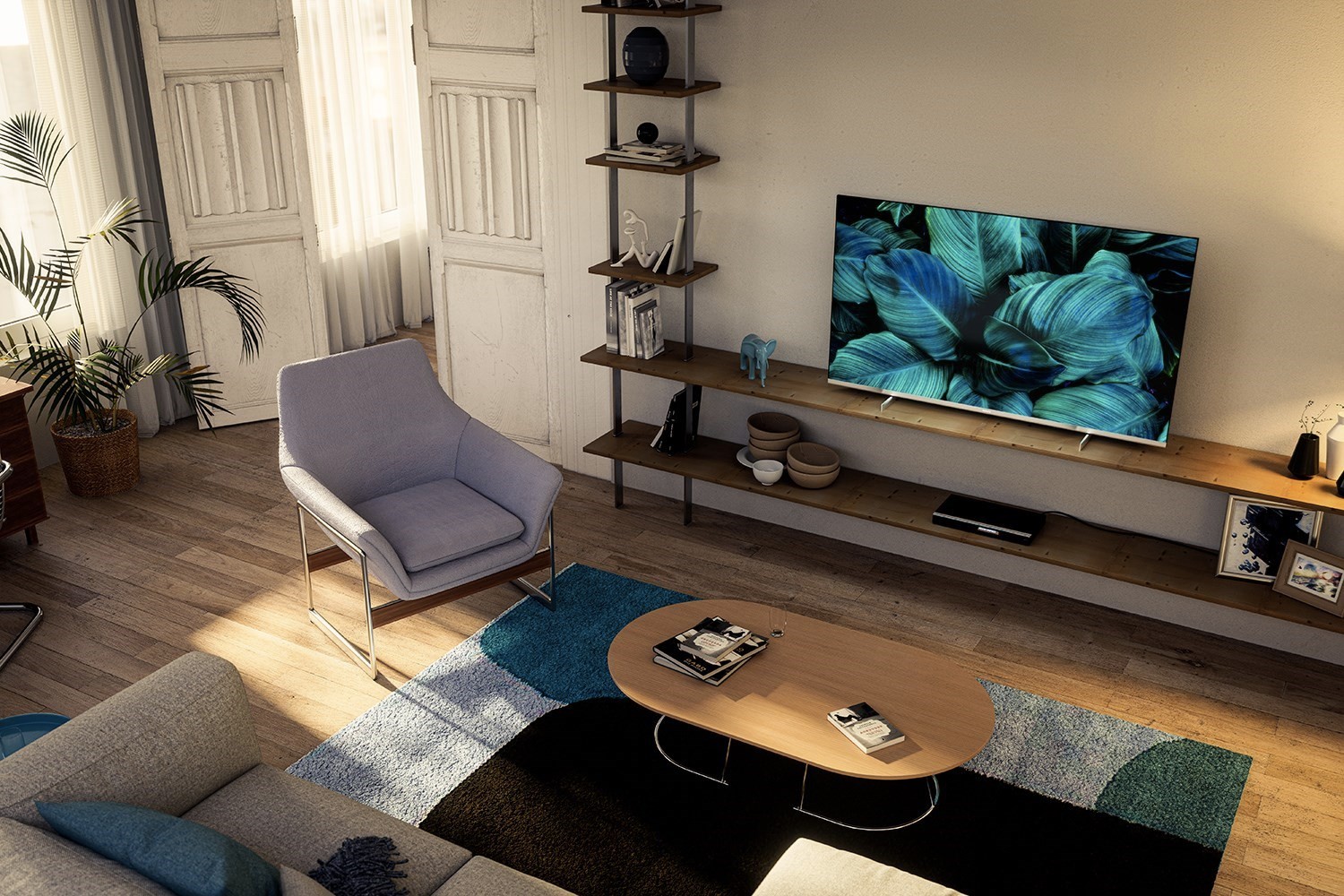 Also available: RJ-45 Ethernet-LAN ​​port for line-level Internet connection, antenna input and CI + slot. There is Wi-Fi 5 of the wireless connections. However, you will have to do without the Bluetooth wireless interface.

It is worth adding that the Philips PUS7556 model has wide viewing angles, a voice assistant and convinces with clear and sharp images, as well as rich colors. The TV is weaker in terms of hardware than the PUS7956 series.

Therefore, you will have to do without the popular Ambilight, as well as wireless Bluetooth. The Saphi operating system only offers a limited selection of applications. All these missing technologies make these TVs cheaper than the PUS7906 and PUS7956 series TVs.