Philips will re-launch its popular 4K Ambilight TVs in 2021. The Philips 50PUS9006 / 12 TV series is equipped with a local dimming UHD display, an intelligent Android 10 operating system with voice control and a triple tuner with PVR and time shift.

The PUS9006 series from Philips consists of three models with diagonals ranging from 50 to 70 inches. In the proposed Philips 50PUS9006 review, using the example of a 50-inch TV, we will try to identify the pros and cons of the PUSS90 series in order to understand whether it is worth buying.

For the 9th series Philips 50PUS9006 / 12 looks pretty high quality and is definitely one of the most beautiful in its class. The manufacturer has stylishly housed a 50-inch 4K UHD display in a relatively thin stainless steel body. The height-adjustable center stand is also included in the scope of delivery.

If you want to hang your TV on the wall, you will need a suitable VESA 300 x 200 wall mount, which is not included. The rear panel features 4-way Ambilight, which allows the living room to shine with TV colors. 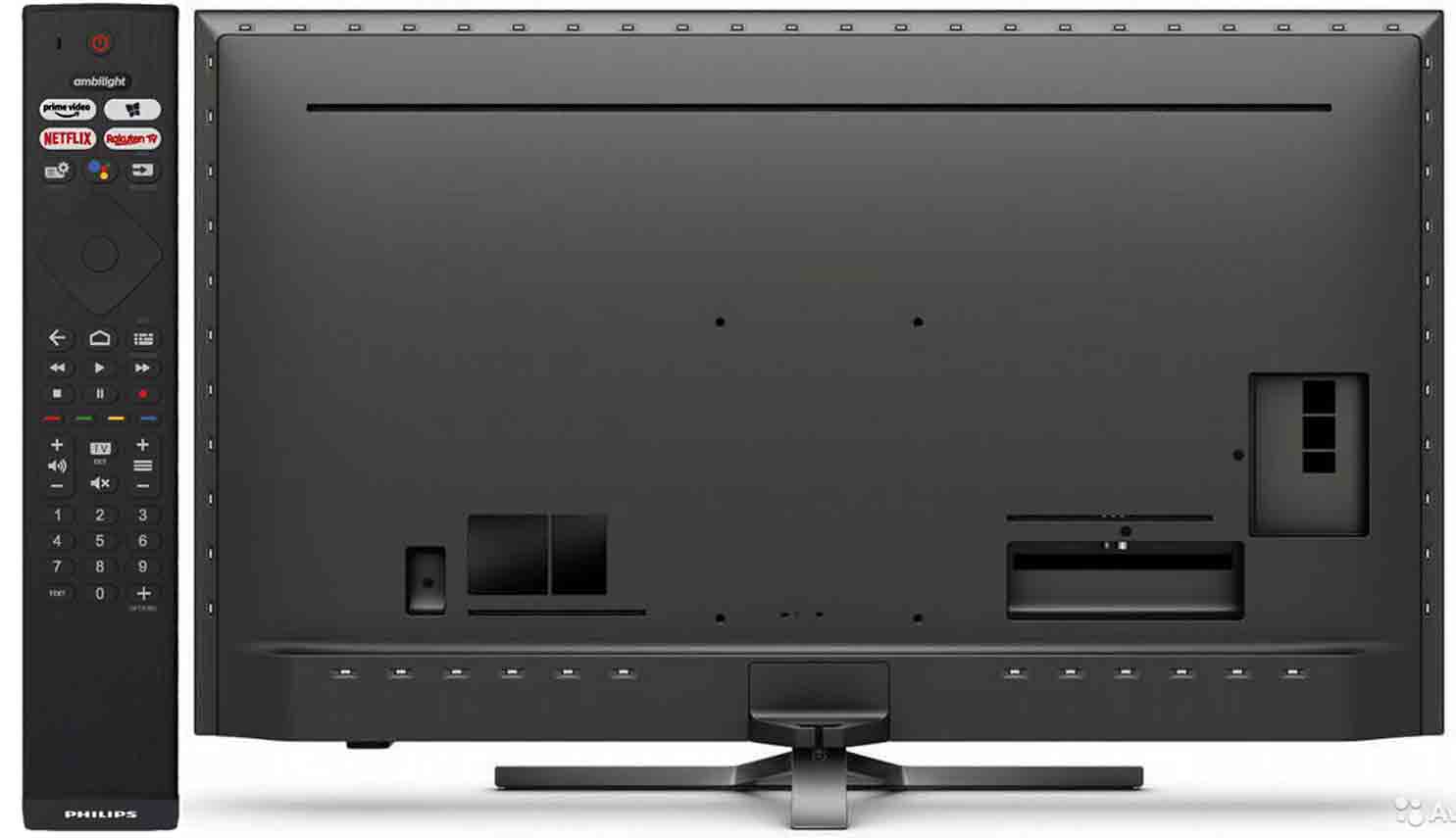 The Philips PUS9006 TV can be connected wirelessly to the Internet at home using the WLAN port. The operating system is Android TV 10. If the user also has Android installed in his smartphone, then you can “feel at home”. In this case, it will not be difficult to immediately find everything you need.

The operating system on your Philips TV responds quickly and works flawlessly. Unlike other TV operating systems, Android offers one of the most comprehensive suite of applications out there. Major streaming apps like Amazon Prime Video, Netflix , Disney +, and YouTube are pre-installed from the factory.

The controls are pretty much intuitive. You can control your TV with either the supplied remote control or voice commands via Amazon Alexa or Google Assistant.

To avoid having to enter letters using the onscreen keyboard when using streaming services, you can use a Bluetooth wireless keyboard with touchpad. However, you will have to buy it for extra money.

Philips TV receives TV programs via satellite, cable or DVB-T2 antenna. The tuner is fast and takes 1-2 seconds to change the program. Philips also has PVR and Time Shift (TV program pause) functions. All that is needed to record programs is a suitable USB stick or USB external hard drive.

Like most flat screen TVs, the 50PUS9006 also has regular audio with clear dialogues but subtle bass. The device is equipped with two full-range speakers that output sound through the bottom of the cabinet. Each speaker has a power of 10 watts.

Sounds good, but home theater ambience is not to be expected. So, music lovers and connoisseurs of sound effects should consider an additional soundbar when watching a movie. For example, the Philips B7305 / 10 soundbar with 2.1ch sound and 300W output power can make things better. 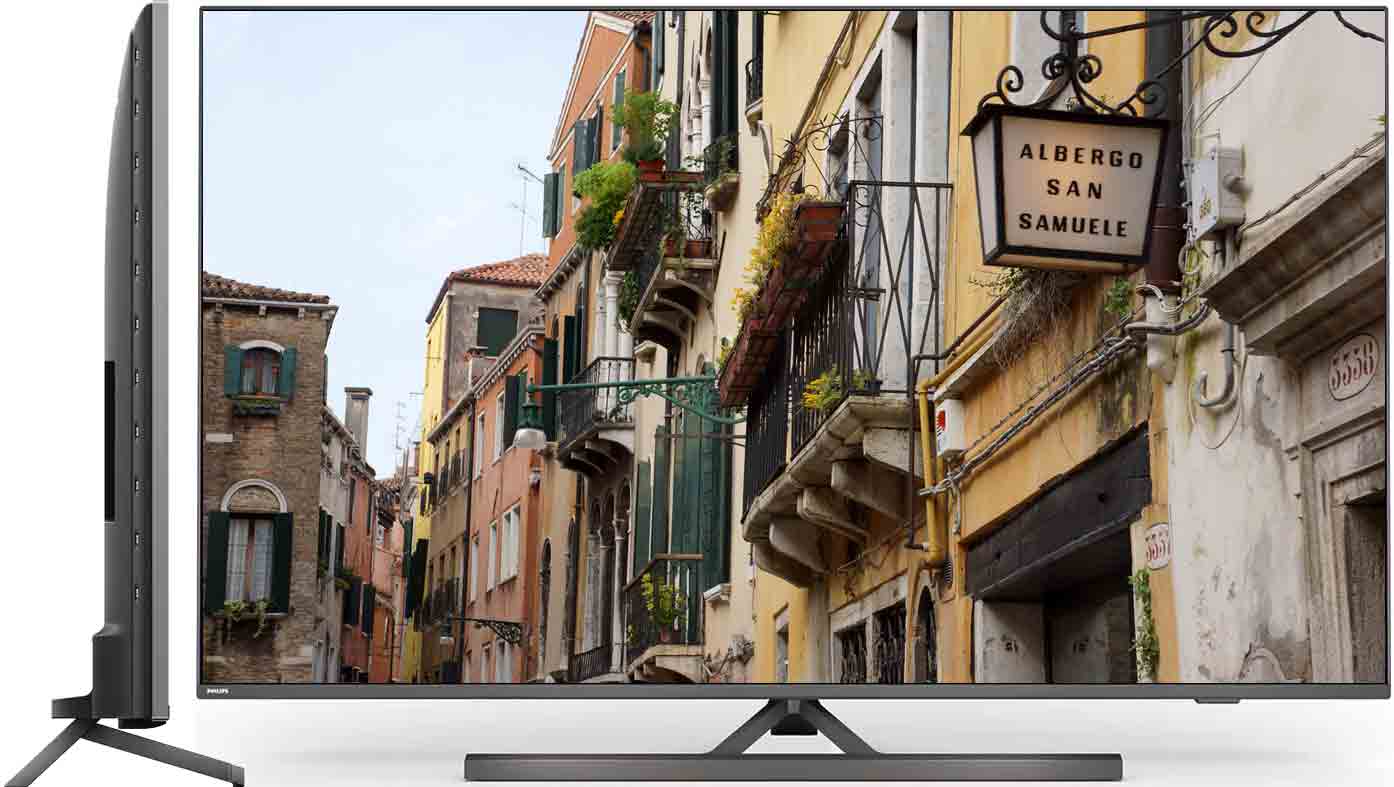 The 50PUS9006 TV, like the entire PUS9006 series, is equipped with a 4K Ultra HD display with a resolution of 3840 x 2160 pixels. All of these models feature Direct LED backlighting with local dimming. The PUS9006 series is equipped with the P5 Perfect Picture Engine with AI (artificial intelligence), which is also used in high-end OLED models.

All three models in the PUS9006 series use the VA matrix , which has an excellent contrast ratio. In addition, the TV has local dimming. Therefore, the TV has almost no problems such as poor uniformity or black distortion. When viewed in a dark room, the TV displays the ideal picture in terms of color rendition.

However, this panel does not have as wide viewing angles as the IPS panel. Colors may fade when viewed from a wide angle, as opposed to perpendicular. Like the vast majority of 2021 Philips TVs, the PUS9006 is equipped with all HDR standards from HLG (TV programming) and HDR10 to HGiG (games) and HDR10 + and Dolby Vision dynamic formats .

In the series, thanks to the P5 Perfect Picture Engine, the Philips TV PUS9006 uses artificial intelligence. The P5 analyzes and optimizes the image in real time. Subjects, landscapes and faces are automatically detected and reproduced with optimal color temperature and sharpness.

Faces are given a natural skin tone, but at the same time, without an excessive reddish tint. The football field looks luscious green. In addition, the image looks sharp even in fast scenes. And this is despite the fact that the Philips TV 50PUS9006 has a refresh rate of 50 Hz.

The so-called Ambilight is only available from Philips. These are hidden LED strips on the back that glow with the colors of the edge pixels. Ambilight looks 10-20 inches bigger Ambilight can even be transferred to all lighting with optional Philips HUE lamps . 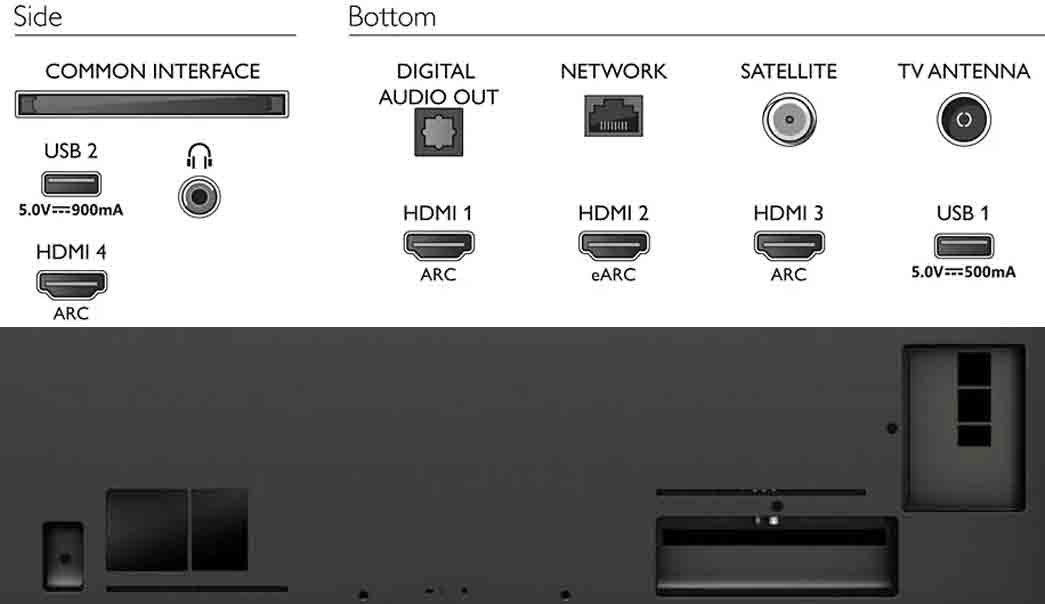 The patch panel has a very rich assortment of connections. 4 HDMI 2.0 inputs are available for external playback devices such as Blu-Ray players or Sony PlayStation 5 . There are also two USB ports, an optical digital output, and a 3.5mm headphone jack.

In addition, the device has an Ethernet-LAN ​​RJ-45 line input for connecting to the Internet, as well as antenna outputs and a common CI + interface for pay TV channels. As for wireless connections, they can be carried out via Bluetooth 5.0 or Wi-Fi systems.

Philips PUS9006 is equipped with the Android TV 10 operating system, local dimming and Multi-HDR. The TV impresses with its incredibly clear picture quality for both 4K HDR movies and regular TV programs.

However, it is not intended for collective viewing as its viewing angles are not very wide. The frame refresh rate is 50 Hz. Therefore, Philips PUS9006 is not recommended for gamers playing 4K @ 120Hz games.