The Samsung AU9000 is a line of TVs in which the company tries to attract buyers with an alluring combination of performance and price. The AU9010 series works great with 4K native content, upscales 1080p material with confidence, and has one of the best Smart TV interfaces out there. In addition, the TVs in this series have become much thinner. The variety of diagonals makes them ideal for almost any room.

Of course, even at such a low price, the AU9000 is not without its drawbacks. But don’t miss the crux of what Samsung has done – to provide a TV that looks, both physically and in terms of image quality, significantly more expensive than it actually is. In the proposed Samsung UE50AU9000UXRU TV 4K HDR review, we will discuss the advantages and disadvantages of the model in detail.

There are two ways to consider the design of the Samsung 50AU9000U TV. You can look at it from the front and from this point of view it is completely faceless, but in a good way. After all, very few people want their TV to grab attention, so designer fads are rare. The Samsung AU9000 is basically a screen with rather narrow bezels.

The bezel at the bottom is slightly wider and protrudes slightly in front of the screen. But when viewed in profile, the AU9000 looks a little more interesting. Somehow Samsung has managed to reduce the depth to an ultra-thin 26mm. The model does not have any bulges or bulges to accommodate the electronics. Considering that almost all the connectors go out to the side, on the wall the TV will be flush with the back surface. 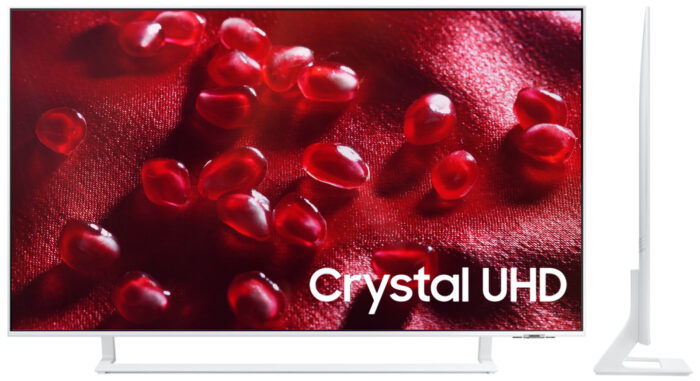 However, if you are not going to mount your Samsung AU9000 on a wall, keep in mind that its simple snap-on plastic feet are quite far apart and have very convenient cable routing. Thus, you will definitely need a fairly wide surface on which the TV will stand. The width of the stand differs from diagonal to diagonal.

For quite some time now, the Samsung Tizen Smart TV interface has been clearly and undeniably the best in the world. The Tizen interface built into the UE50AU9000 is clean, logical, comprehensive and easy to use. There is extensive application content available that is easy to find and run. The setup menus are also logical and strike a good balance between conciseness and completeness.

It shouldn’t be difficult for you to get an image with smooth motion, well-defined contours, decently bright and detailed. It may take a little longer to adjust the color balance that suits you. Both remote controls are very handy. A fully functional “stick” looks more prosaic, and some buttons seem too compact. The number of remotes depends on the location.

The stripped-down alternative to “core features” is easier to hold and use, and will likely be the default choice for most. At least not unless you want to use Samsung’s Smart Things app. The interface is clean, stable, but rather curious.

Voice control is also available. It’s no surprise Siri isn’t there, but Amazon Alexa and Google Assistant are there. True, not in all countries. For the advanced (or Samsung employees), Bixby voice assistance is also available.

If you want your Samsung UE50AU9000 TV to perform at its best, you’ll need to provide 4K content with HDR10 + to it. While a peak brightness of less than 350 nits isn’t all that promising for displaying HDR content efficiently. What is especially annoying for everyone at Samsung is that there is no HDR Dolby Vision standard with dynamic metadata in the specification. 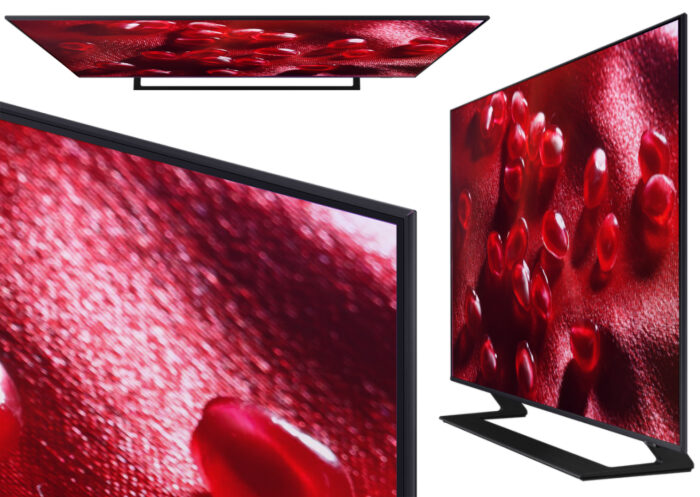 The AU9000 TV is based on a VA matrix. Unlike IPS, they provide a high contrast ratio. The black level is deep enough. The AU9000 is perfect for watching movies in dark rooms. For shared TV viewing, it is no longer ideal. Viewing angles without color distortion in VA panels are not as wide as in IPS. Therefore, if you look at the screen from the side, you may lose the correct color rendition.

The picture is reasonably detailed, but what’s even more impressive is the uniformity and smooth gradation of blacks. The backlight control is pretty good in principle. Even the darkest scenes resist significant backlight bloom or halos. The light colors are also clean and equally detailed.

The color palette is naturalistic and varied. Skin tones are natural, with more than enough fine detail to bring out the subtleties of complexion. The QE50AU9000 provides pleasingly smooth edges, while avoiding flickering or ghosting, even on moving objects.

Thanks to the Crystal Processor 4K chip, Samsung is also very adept at upscaling lower resolution content. There are slight difficulties with the clarity of the contours and the processing of motion when upscaling. Of course, the poor quality of the original content provides a predictable result – blurry images, hesitant motion, lack of detail.

When it comes to gaming, the situation is at least partly good. Each of Samsung’s three HDMI inputs can handle the automatic low latency mode and supports the FreeSync specifications of the next generation console. Output latency (input lag) is at worst below 10ms, and at best below 6ms. Throw in a simulated 4K / 120Hz refresh rate and the ability to use a 32: 9 aspect ratio. And let’s see that the Samsung UE50AU9000 TV is not at all a bad gaming companion.

Samsung hasn’t been very public about the size and design of the two speakers at the bottom of the screen. But in total, they give out 20 watts of sound power. True, the Samsung AU9000 series offers virtual overhead speakers formed by Object Tracking Lite technology. They help to create a more immersive experience on the screen.

Like all budget TVs, the 50AU9000 sounds dull and rather flat. The audio component is clearly not up to the picture standard that this Samsung produces. So this is not the first time we have promoted the idea of ​​a soundbar to enhance your soundscape. Considering that the AU9000 is ready to contribute to “Q Symphony” with a matching Samsung soundbar. 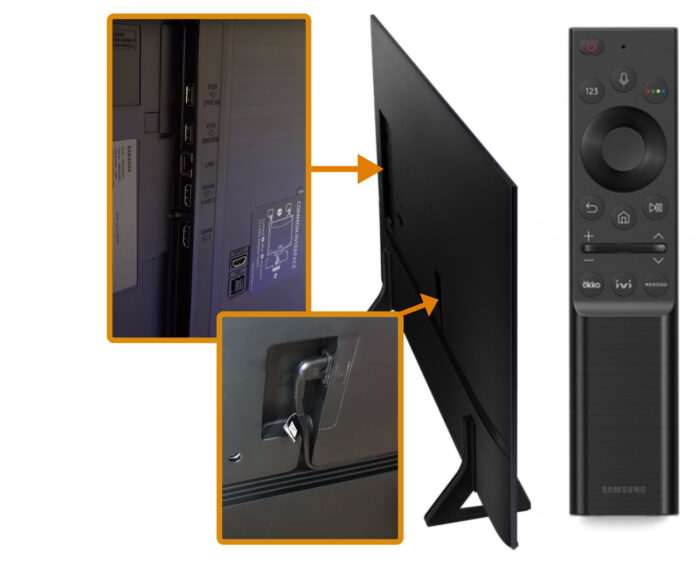 In this case, the TV speakers are connected to the connected soundbar, rather than disconnected, and the synergy of these components greatly enhances the audio experience. But in any case, an inexpensive soundbar is the least that a picture on a TV screen deserves.

There are three HDMI inputs on the back of the Samsung 9000 TV, one of which supports eARC. All three of them support ALLM and FreeSync HDMI 2.0 specifications. Additional physical connectivity options are provided in the form of an Ethernet connector, a pair of USB 2.0 inputs, a CI connector, and an antenna jack for a terrestrial TV tuner.

The number of antenna slots depends on the location. There is also a digital optical output for use with legacy soundbars, etc. The wireless connection is present in the form of dual-band Wi-Fi and Bluetooth 5.2.

In almost every respect, the Samsung AU9000 is a decent TV well worth the asking price. Picture quality from 1080p content and beyond is impressive. Its interface remains one of the best in the world and is much thinner than you might expect. Ignore the unassuming sound and lack of Dolby Vision HDR and you won’t be disappointed.

LG Éclair – New soundbar the size of a loaf of bread