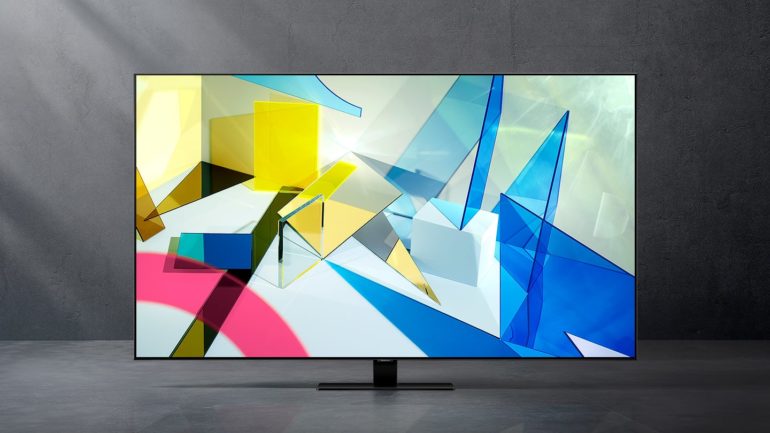 Last year he called them “R”, this year the magic letter for Smasung is “T”. From the sound bar to the TVs there is a “T” in the codes of its models, a symbol that indicates “2020”.

The test TV, in the 4K UHD category because there is also the 8K series, is the “very little” top of the company for 2020. We say “very little” because the Q95T is also released, whose main difference with the Q90T the test is that it has its electronics external.

The One Connect Box and the “transparent” cable for those who remember them from last year. As of this year, Samsung stops using the “external” boxes for the simple reason that they cost. So the Q90T, like the smaller models Q80T, Q70T, etc., has the electronic “internal” like all TVs on the market. 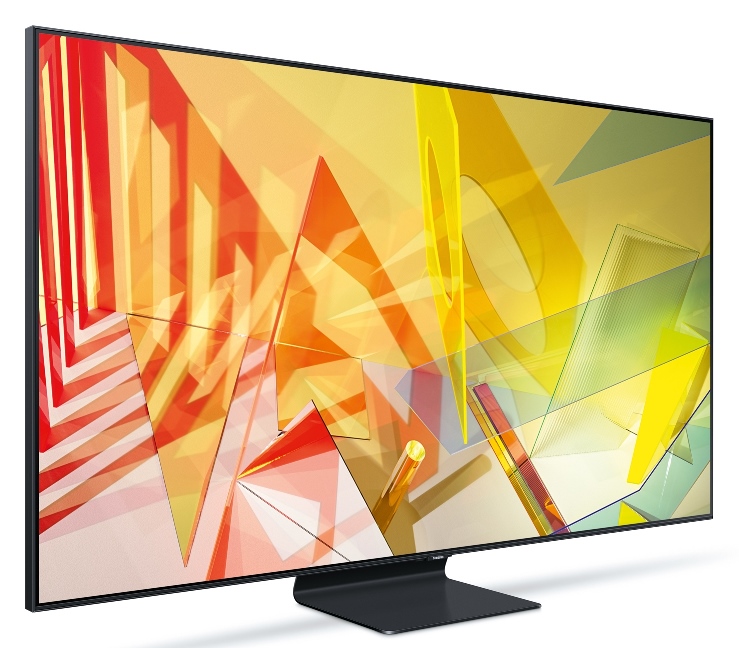 The flagship of the Q90T is the special films that improve the viewing angle as an LCD, which you will not find in the smaller models of the company. It also has many more rear light control zones than the Q80T.

If we wanted to present the Q90T in a proposal we could say that it is a VA technology LCD TV, UHD resolution, 120Hz speed with blue LED backlight divided into 160 control zones and with QLED color rendering technology. But it’s not like that.

This year’s Samsung TVs are significantly more advanced than the previous ones in the fields of AI (artificial intelligence), image processing, audio and in the range of its possibilities.

For HDR, one of the most important components of today’s TVs, the Q90T remains true to known systems: HLG (less commonly used), HDR10 (which is the most common) and HDR10 + (for which there is minimal content). ).

The TV does not have Dolby Vision, just as it does not have Dolby Atmos sound. It is Samsung’s policy not to use ready-made solutions from other bodies, because it is developing its own. The TV, however, has an HDMI 2.1 port (HDMI 4) for future connections and an HDMI with eARC (HDMI 3), there are a total of 4 HDMI ports. So the TV is ready to accept from HDMI 4 the new game consoles that will be presented later this year.

The TV, although it has Full Array Back Light, is only 3 cm thick (!), Even if it is an achievement of the company’s engineers. The entire back of the Q90T has a “brushed aluminum” texture, whatever it is made of plastic. However, those who saw her were impressed by her appearance.

It is a rectangular construction, with a slippery frame and a small bezel (less than one centimeter), ie the length from which the image ends to the chassis of the device. Its base “screws” in the center of the screen, so that it is possible to place the Q90T even on a small table.

It is made of coarse metal, very heavy, to hold it safely and securely. 75 inches is that. At the back of the base and the back of the TV there are channels (grooves) for the cables, so that they are always in place, but also look beautiful.

In general, although it is a large TV, it is comfortable to install and install. In fact, its base is placed in a simple way on the TV when it is still in its box, a process that with a little effort can be completed by even one person.

This year Samsung has put a lot of emphasis on the sound of its TVs. It even developed some related technologies such as the Q-Symphony that allows the TV to combine its sound with a Samsung sound bar to create a wider surround field.

Since together with the sound bar are used both TV speakers that “shoot” upwards. The Q90T has four speakers at the bottom (they shoot down) and four more speakers high at the back at the back, ie it is 4.2.2 channels. Since the Q90T does not have Dolby Atmos, Samsung has equipped it with the Object Tracking Sound (OTS) system which is a 3D Audio approach. On TV it is always active (on).

It is a system that uses deep learning to identify the type of content to create in real time the appropriate multi-channel audio for it. That’s why the Q90T not only has speakers at the bottom but also at the top (rear). In this way, the sounds can be directed to the listeners, so that they receive a kind of immersive experience. Also, the Q90T has AVA (Active Voice Amplifier) ​​technology that allows the TV to recognize its surroundings to optimize its sound even when there is noise in the room.

For example, if someone turns on a vacuum cleaner, the TV sound system is adjusted to increase its level to compensate for the noise so that the viewer can understand the dialogues. These audio capabilities of the Q90T show that Samsung is meticulously looking for the issue of audio.

Indeed, the TV, even with music, plays very well, relaxing and, above all, without distorting or under-controlling even at high levels. In fact, you think the screen is playing music (or sound) and not its speakers.

Samsung, as we found in the Q90T, remains very true to what it started years ago. That is, in the Tizen operating system, which is now in version 5.0 and here it has 8GB of memory and is supported by a 4-core processor.

Tizen has now become much faster, smarter and more interactive with the user. This year it presents 14 applications (boxes) per row on the screen, more than the 8 it had last year. The latest arrival (application) is Apple TV and when it arrives in Greece it is ready for Disney +. Another interesting addition is the PIP function, where we can see two channels simultaneously on the screen, adjusting their position and size.

We also have the advanced Ambient Mode + to make the TV one with the wall, ie its screen to look exactly like the wall behind it, something that will surely be enjoyed by those who place the Q90T on the wall.

Through the SmartThings application we adjust the content of Ambient Mode, while Samsung and dozens of other ready-made themes are provided for us to choose from. Then we have the Bixby voice assistant that listens in Greek to control the TV, only our voice.

The microphone is located in the minimal remote control that accompanies it. In general, the Q90T operates as an autopilot, all audio and video controls (if we allow it) are controlled by the built-in Artificial Intelligence. Of course, in order to achieve the image of our liking, we must take the wheel in our hands.

We can achieve the right balance in the image by adjusting the high brightness colors provided by OLED technology, the color temperature, the brightness and slightly the gamma, which improves the density both in the depth of the textures and the small details.

The description of the images is excellent, the outlines are neat, the noise is very low. There is, as here, Filmmaker Mode that takes out all the edits. The backlight of the 160 zones is important, for high contrast and good black. All of these are capable of creating a great HDR spectacle.

The HDR10 TV reaches up to 2,000 nits, an extremely high brightness without forgetting the richness of its colors. In night scenes even with SDR content we got a faithful display of shadows and gradations which means excellent management by the image processor.

Even in gaming, television has shown that it is ready for big games. There is the Real Game Enhancer + that improves the black, regulates the movement and “monitors” the VRR flow since we are talking about a 120Hz / 4K TV. The response time is about 10ms which shows the Q90T’s diligence in gaming.

If we consider all the above and if we put in the frame that there is a dark mode in the menus (as in mobile phones), easy mirroring of our mobile phone (tap view), excellent media player, connection with Bluetooth speaker (audio-out) and more Many will come to firmware update then the Q90T is nothing more than the best smart TV currently on the market.