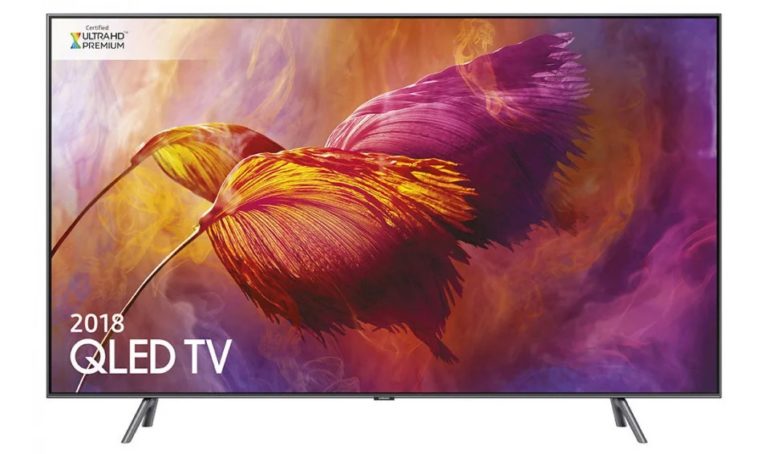 Apparently, in 2018, Samsung decided to surprise its fans with a variety of its “near-flagship” models. This time it is the QE65Q8DN model from the Q8D series, the release of which was not announced at the beginning of 2018. It should be noted that this is already the third series from the Q8 line. In 2017, only one Samsung Q8C series was released , a review of which is available on the UltraHD website.

What prompted Samsung to release an additional line of Q8D, which is referred to on the manufacturer’s website as Samsung Q8DN? Apparently, the demand is not entirely satisfied European buyers. The fact is that the released series Samsung Q8CN and Samsung Q8FN , sent to Europe, did not have direct LED backlighting . Losses in the high-value segment could have caused Samsung to launch yet another high-quality series at reduced prices in the market.

In addition, the manufacturer claims that the TVs of the Samsung Q8D FLAT QLED TV series 2018 are almost the same in terms of characteristics as the flagship Samsung Q9FN series , which is also reviewed on UltraHD. In the upcoming review of Samsung QE65Q8DN, we propose to draw a parallel between the series in question and series like it.

Direct Full Array Q8D technology provides very high-quality black levels and sharp contrasts with high color tone. Individual areas of the screen backlight can be specially controlled or completely turned off / on. Thus, passages of a dark image can be displayed completely black or with a high brightness value. Thanks to Ultra Black Elite technology, screen reflections are almost completely prevented.

This allows viewers to enjoy stunning quality and extremely detailed color reproduction. When playing HDR movies or HDR game content, there is no risk of scalding, even at very high brightness levels. All this thanks to the use of inorganic QLED technology. Like all of Samsung’s 2018 QLED TVs, the QE65Q8DNA has a high-quality, bezel-less design. The look of the Q8D is also good from the rear. Therefore, the Q8 series TVs can be placed anywhere in the room. The cable runs through the base so the back of the TV looks very neat.

High quality and comfortable Premium Smart Remote is made of metal. Despite the abundance of functions, it handles commands with ease. With the Premium Smart Remote, which quickly and intuitively controls all content and compatible connected devices, the user can find the content they want with just a few clicks. The search process is shortened by providing personalized recommendations on all channels, be it a regular TV program or various streaming video. 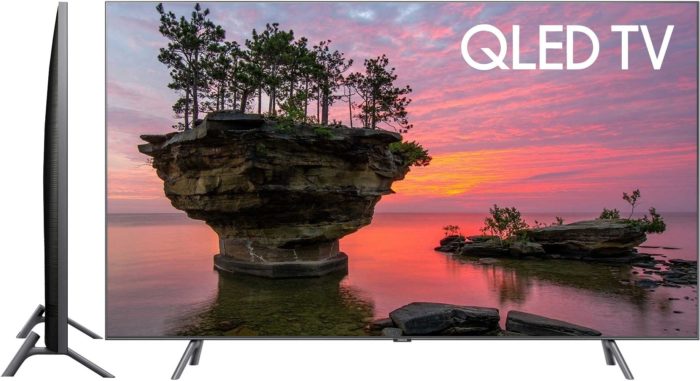 The Tizen OS operating system is equipped with several additional features. In 2018, in the field of Smart TV, Samsung introduced a new “Frame” function, with the help of which it “merges with the environment”. In addition, a QLED TV in Ambient mode can display useful information such as the time of day or the weather.

Auto TV Detection transmits all important data from your smartphone directly to your TV. Thus, the Q8D1 can be set up within minutes. The SmartThings interface is already built in. It allows you to work with other “smart” devices such as refrigerators, cameras, washing machines and other gadgets. Samsung Q8D can be described as a stripped-down Q9FN series. Direct LED backlighting should provide high-quality brightness, good color rendering, rich contrasts and improved viewing angles. Of course, there are also differences from the Q9FN series, because Samsung does not want the two models to be exactly the same and compete with each other. Let’s try to find these differences. The main difference between Q8DN and Q9FN is in the number of dimming zones, of which the series in question is much smaller.

If we take the parameters stated by the manufacturer as a basis, then the 65-inch model Q9FN has 512 dimming zones. Q8D has only forty such zones. The exact number of zones will be revealed after the first tests. The manufacturer also states that there shouldn’t be much difference in the image.

He motivates this by the fact that the maximum brightness is 1500 nits, the Ultra Black Elite filter is also present in the models of this series. In addition, both series are equipped with the latest Q Engine, which handles HDR10, HLG and HDR10 + content equally.

The second major difference is the case, which is fundamentally different from the case in the flagship model. However, this circumstance does not at all put the Q8DNA at risk from a design point of view. The model has a very attractive appearance, the frameless design of which does not degrade the image and sound quality at all, unlike the flagship series.

Unlike the Q9FN, the One Connect Box does not come with a single connection cable. This is the third difference. All connectors are located on the panel itself, which has channels for “invisible” cable management. All this provides a wonderful design for any interior.

The fourth important difference between Q9FN and Q8DN is the price, which for the series in question is much lower than that of the flagship. The European prices for Q8D and the approximate difference can be found below in the text in the corresponding section. 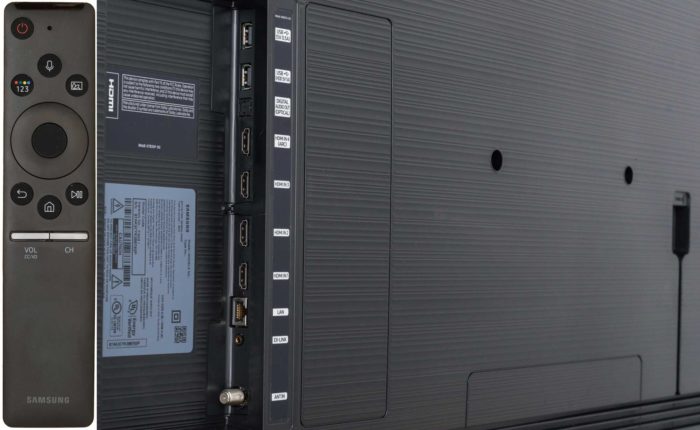 Summing up the results of Samsung’s Q8DN review, it should be added that there is already confirmation that the model in question will be shipped to countries such as the UK, Germany, Northern Europe and Switzerland.

By releasing Q8DN TVs with FALD technology at a lower price point, Samsung will be able to compete with LCD TVs such as the Sony XF90 and other leading models from the leaders in the LED TV industry.