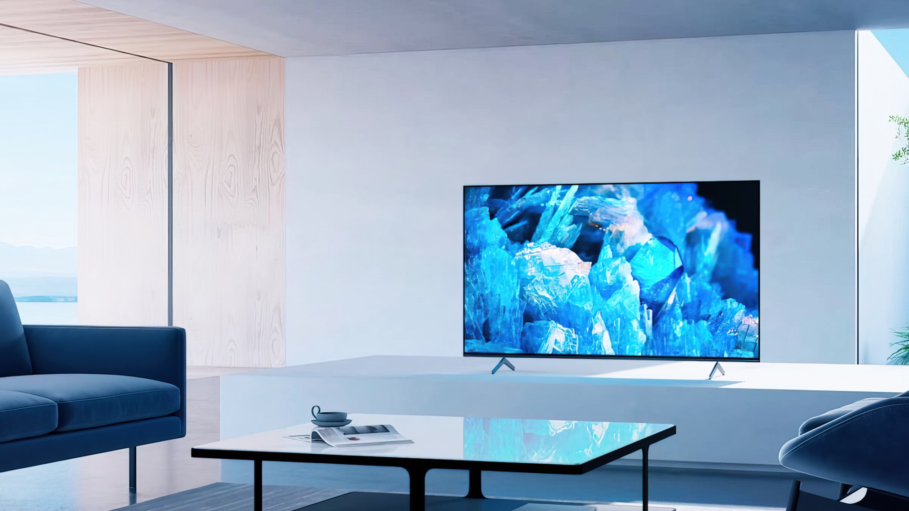 The Sony A75K OLED is a new series of 4K TVs. By aiming at a lower price point, Sony is trying to bring this line closer to LG’s A1 series TVs. The Bravia A75K sits below the Sony A80K OLED in Sony’s 2022 lineup, but the differences aren’t big enough to make for an attractive price difference.

What sets it apart from the more expensive models in the A90K series is mainly the worse HDR peak brightness. But it still delivers amazing picture quality, especially in dark rooms. OLED displays can turn off individual pixels, allowing for a near-infinite contrast ratio with no blurring around bright objects. In the Sony XR-55A75K 4K HDR TV review, we take a closer look at the functionality of the new TV series.

The design of the Sony XR-55A75K TV can best be described as minimalist. The screen is surrounded by narrow black metal frames that will not detract from the displayed image. The device itself is just over 50mm thick without the stand. With the stand, which, unlike the A80J , can only be attached in a single way, you will need a TV cabinet with a depth of more than 40 cm. The legs of the stand have the usual V-shape.

The image processing pipeline of the A75K TV is based on the XR cognitive processor. Therefore, regardless of the quality of the original content on the screen, you will see a picture brought to the level of 4K. Movie buffs will appreciate the excellent contrast ratio of the OLED panel. Special XR OLED Contrast Pro technology controls every scene to avoid loss of detail and preserve deep blacks. 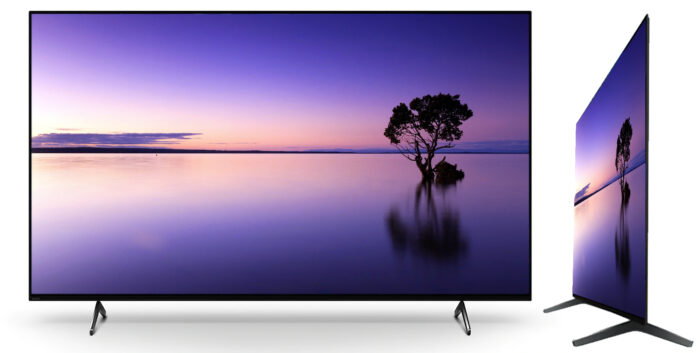 In addition, the XR HDR Remaster option on the 55A75K is programmed to detect objects on the screen. After analyzing its color characteristics, the contrast is further refined for even greater realism. This object-oriented processing brings color accuracy to a higher level.

The only downside to this display, the problem with all OLED displays: brightness. Overall, the Bravia 55A75K TV is noticeably less bright than LCD TVs like the Samsung Q80A , or Mini LED TVs like the LG QNED91 . The A75K is certainly capable of displaying very bright peaks, but this is rarely seen – the brighter an object is on screen, the more likely it is to burn in permanently.

Many people who come across this information before buying an OLED come from this fear of burn-in, but most general consumers won’t have to worry about it. OLED displays have been around for many years and problems rarely occur. Unless you plan to play video games with a permanent, unchanging HUD or have a news network with a ticker that always shows up for 8…10 hours every day for several months.

During normal use, the TV software monitors the display closely to ensure that none of the pixels die or burn out.

XR OLED Motion technology is responsible for the smooth transmission of the movement of an object on the Sony A75K screen. The method is quite traditional – motion interpolation creates the missing frames and places them between the original ones, thus getting rid of not only jerks and stuttering, but also excessive motion blur.

The XR Smoothing option creates a smooth, natural image when watching 4K content. That is, without the “banding” that can occur on other TVs. Scenes are reproduced with thousands of tones, shades and gradations, making them incredibly real, and the transitions between color tones are very smooth.

In ALLM mode, the Sony 55A75K recognizes a connected and turned on game console. The TV will then automatically enter low latency mode. With HDMI 2.1, you can get refresh rates up to 120 fps in supported games. Plus, you’ll also enjoy ultra-responsive gameplay with reduced 8.5ms output lag at 4K/120fps.

The Sony Bravia XR-55A75K TV is based on the Google TV operating system. You can use your voice to search for movies, streaming apps, play music, and control your TV. All you need to do is talk to Google. You can also connect Alexa-enabled devices for easy hands-free control of your Sony TV. With Alexa, you can turn on your TV, change channels, adjust the volume, and more.

Google TV on the A75K works just like it does on any other TV. There is a wide range of apps that you can install during initial setup or later at any time. Every app you can see on PlayMarket is available and they all work flawlessly.

Connect your BRAVIA XR TV to a separately sold BRAVIA CAM for an even more immersive experience. BRAVIA CAM recognizes where you are in the room and how far away from the TV, and then adjusts the sound and picture settings to suit you. You can also enjoy gesture control and more. 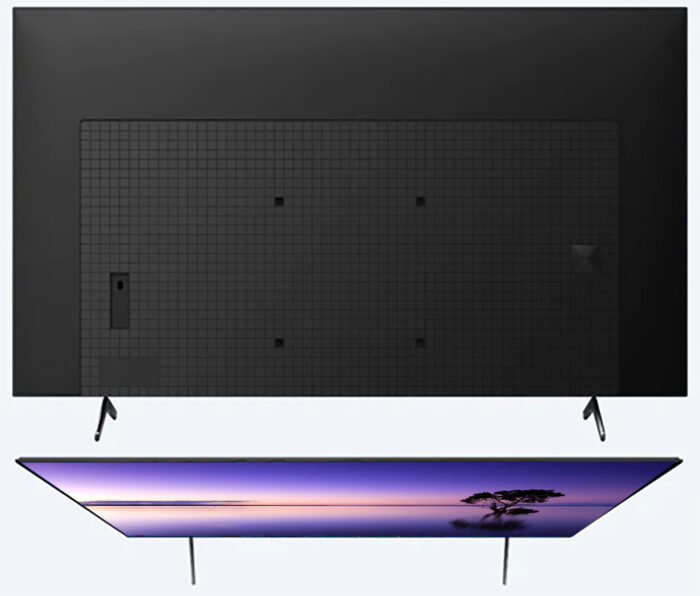 The sound quality of this TV is better than many other thin displays on the market. Although the Acoustic Surface Audio system itself is less advanced than the same Sony A95K with Acoustic Surface Audio +. The system sounds like it’s coming straight at you from the screen, because it is. The screen surface itself, driven by two actuators, is used as a speaker.

But alone, the sound from the A75K is extremely unpresentable at low frequencies, which makes many effects empty and lacking depth. So it’s better to get a soundbar, like the Sony HT-A5000 soundbar , or even better, a real sound system. Such a great display deserves high sound quality. 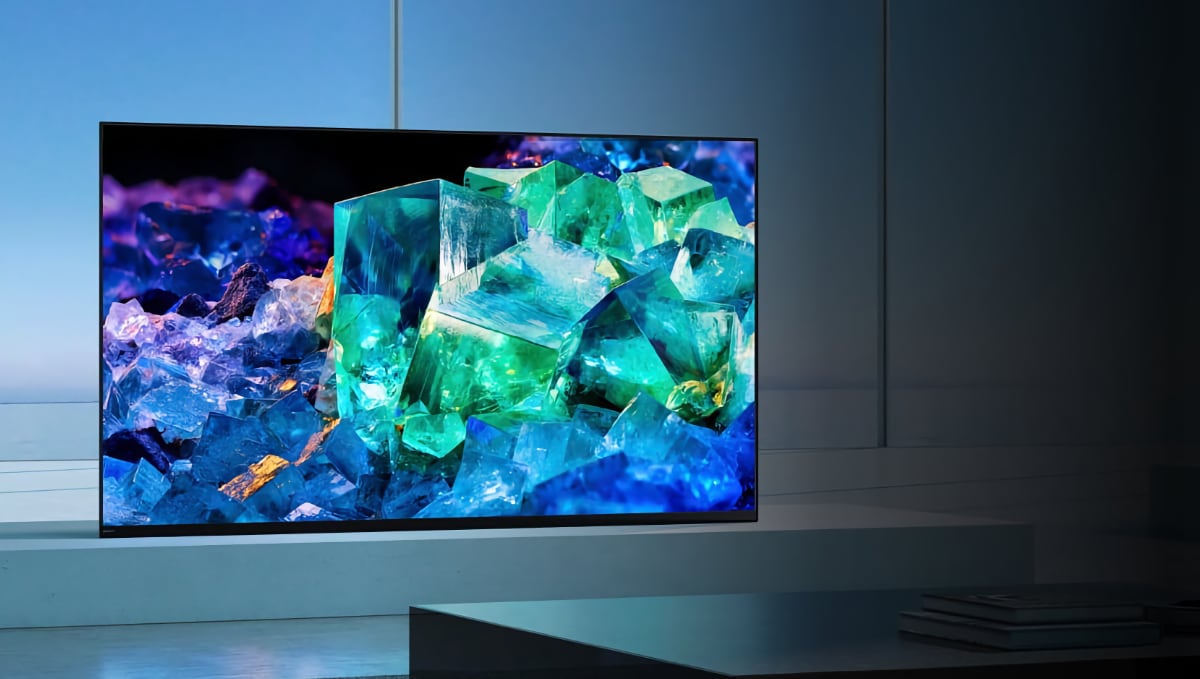 The specification for the Sony 55A75K TV has not yet been announced, but as the successor to the Sony A80J it will contain almost the same set of connections. It supports WiFi, Apple Airplay 2, Bluetooth and Chromecast. Physically – a digital audio input and an Ethernet port. Four HDMI ports, two of which comply with the latest 2.1 standard and one dedicated to eARC . There are also three USB ports.

The Sony A75K series uses a stock (probably 2021) panel from LG Display and has 4K resolution with full HDR support. Now these characteristics are in line with the more expensive models released by Sony. So what makes this model cheaper?

The design is a bit simpler, and the Acoustic Surface Audio system is a stripped-down ASA+ version of the more expensive models. These are minimal differences, so don’t expect prices to be on par with LG’s A-series OLED TVs, for example. And yet one can only welcome a certain move by Sony towards saving the budget of users.