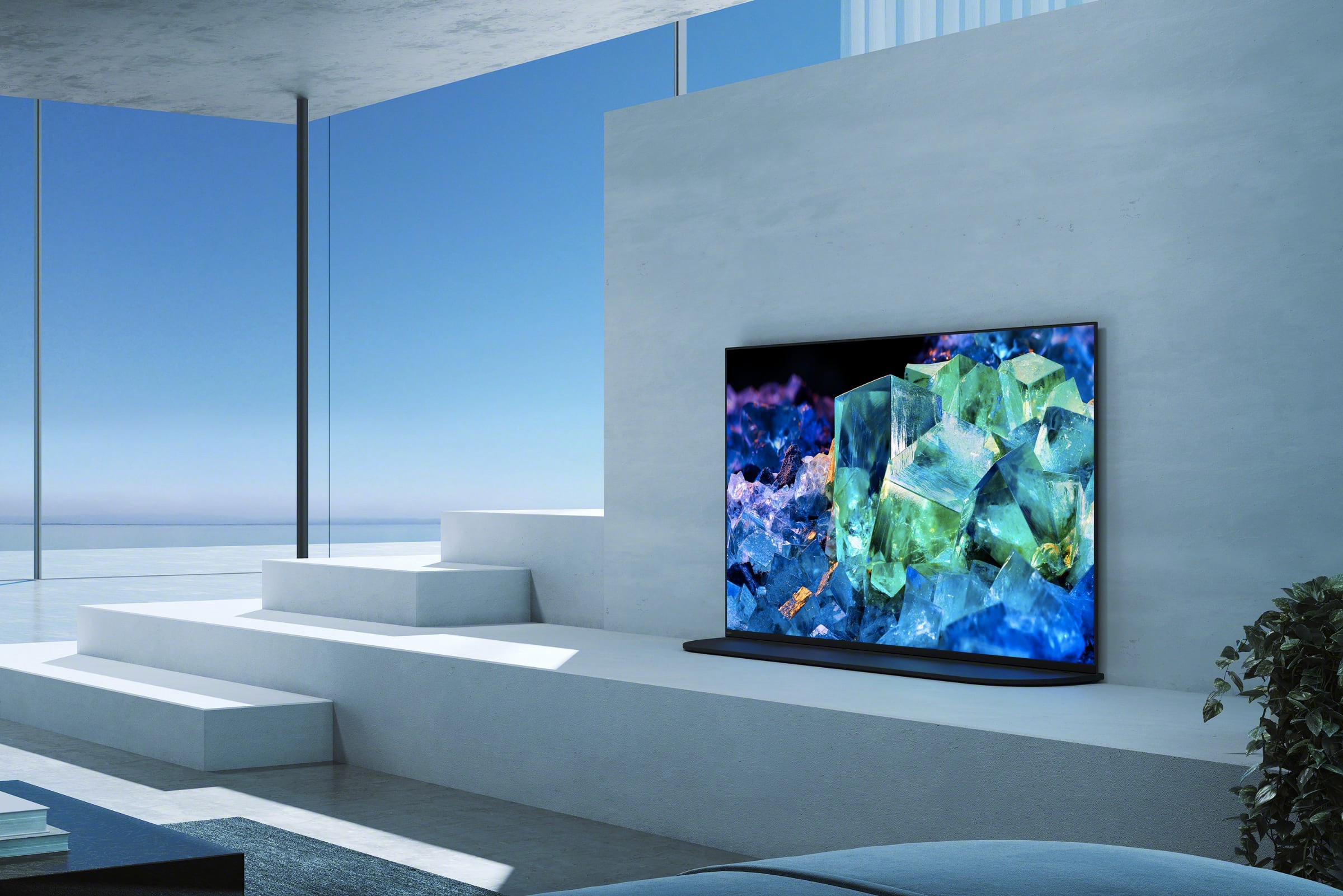 At CES 2022 in Las Vegas, Sony, among its other TVs, introduced the Sony A80K series with screen sizes of 55, 65 and 77 inches. The main differences between Sony A95K and Sony A80K, in addition to the added 77-inch diagonal of the A80K, relate to the structure of the panels.

At the exhibition, Sony introduced an updated version of the XR Cognitive Processor Phase 2 processor, which is equipped with the Sony Bravia XR-65A80K TV. The company claims that thanks to this cognitive processor, colors are displayed with many new shades. After all, now there is a setting not only for brightness, but also for saturation.

Everything is very similar to the Bokeh effect, which is designed to be more realistic and similar to human vision. In addition to the advanced XR Cognitive Processor, which is the most powerful ever developed by the brand, the TV is equipped with a 10-bit 100Hz panel.

As for the peak brightness of the Sony XR-65A80K TV, the company did not say anything about it in its statement. However, it was stated that the maximum brightness in the A80K will be no less than that of the Sony A90J series , released in 2021.

The reason for this explanation is the built-in Sony exclusive XR OLED Contrast Pro technology. In addition to increasing brightness, this method preserves color density with a large color volume available. However, in the absence of an aluminum radiator to remove heat from the LEDs, miracles are not to be expected.

The capabilities offered by the 2022 XR Cognitive Processor have allowed Japanese engineers to improve the XR Upscaling 4K technology, formerly known as X-Reality Pro. This new algorithm is linked to an image database dedicated to textures.

The technology detects and analyzes every object that makes up an image. The system has been individually optimized to display crisper texture, greater depth to enhance naturalness and reality.

Sony 2022 TVs as Smart TVs have the Google TV operating system. Like Android TV, Google TV consolidates and organizes all of a user’s apps and streaming subscriptions. The main difference is that in Android TV apps are at the top of the menu.

Google TV prioritizes content that is displayed on related topics. The system has over 6,500 apps including Disney+, Netflix, Canal+, YouTube, and over 700,000 movies. Therefore, you no longer need to switch from one service to another to find what you want to watch.

Hundreds of thousands of movies and series are available to search by genre, regardless of their release year. The same Advanced XR Cognitive Processor is used for Smart TV functionality and improved ergonomics with near-instantaneous fluidity and responsiveness.

This will require a smartphone. In addition to all of the above, the TV works with Alexa certification (requires a connected speaker such as Amazon Echo), as well as AirPlay 2 and HomeKit.

That is, you can give a command aloud to search for the remote control if it is lost. In addition, with the help of an additional camera, you can control gestures. The Bravia Cam has many other features as well. In addition to gesture control, the camera triggers the display of an automatic feedback message and an audible alert if a person watches TV too close (very useful for children).

The camera also saves energy by automatically dimming the TV when the viewer leaves the room. For those who care about privacy, there is a button to turn off the camera completely. In this case, no personal data will be stored on either the camera or the TV.

If the TV has an additional camera, Japanese engineers have developed the Ambient Optimization Pro mode. Previously, the camera had automatic adjustment of image quality (brightness and contrast) and sound (acoustic correction depending on the room and the optimal position of the listening point).

Also, it could work according to the surrounding conditions (ambient light, sound environment, etc.). The Bravia Cam now automatically adjusts based on the distance separating the viewer from the screen. What’s more, the sound balance (right or left) is adjusted according to the viewer’s location to maintain picture perfection and voice intelligibility.

Like all Sony Bravia XR TVs, the Sony A80K offers an exclusive Bravia Core streaming platform (for Center of Real Entertainment). These are mostly animated films produced by Sony Pictures. With the purchase of a Bravia XR TV, the company offers 24 months of free viewing of a selection of the 10 best films from the Hollywood studio and the largest collection of feature films. The list of films in the catalog is regularly updated. All video content is broadcast with extreme quality, that is, at speeds up to 80 Mbps.

The sound system of the Sony A90K TV is called Acoustic Surface Audio+. Three so-called drives with a power of 10 W each are placed behind the TV panel. Two more additional drives with a total power of 20 W are designed to reproduce bass.

As in 2021, the TV comes with Dolby Atmos support . The same goes for the Acoustic Center Sync function. This technology is a bit like Q-Symphony, which is equipped with Samsung QLED TVs.

With two Auto HDR Tone Mapping and Auto Genre Picture Mode features, the XR-65A80K is ideal for PlayStation 5 certification . Also of note is that the Sony A80K Bravia XR TVs will automatically switch to Game mode or Standard mode depending on the input from the PS5 console.

In addition, the device has 2 USB ports, an antenna input, a composite video output, a 3.5 mm headphone jack, TosLink optical audio output and a LAN port for Internet connection. Wi-Fi and Bluetooth compatibility are still integral to Sony TVs.

It should be added that, as in previous years, the A80K series is equipped with a Calman Ready function that serves to accurately calibrate the TV. In addition to the Netflix Adaptive Calibrated Mode and Imax Enhanced certifications, 2022 brings a Bravia Core calibration mode.

The TV perfectly adapts its own settings with Bravia Core content settings for maximum picture quality. As for the design, the TV legs can take four different positions.

LG UHD 76 Review: A simple model that fits your needs

Advertisement
X
Subscribe to get the best Tech news and reviews of the week.
By signing up, you agree to our Privacy Notice and European users agree to the data transfer policy.
Close
05/05/2022