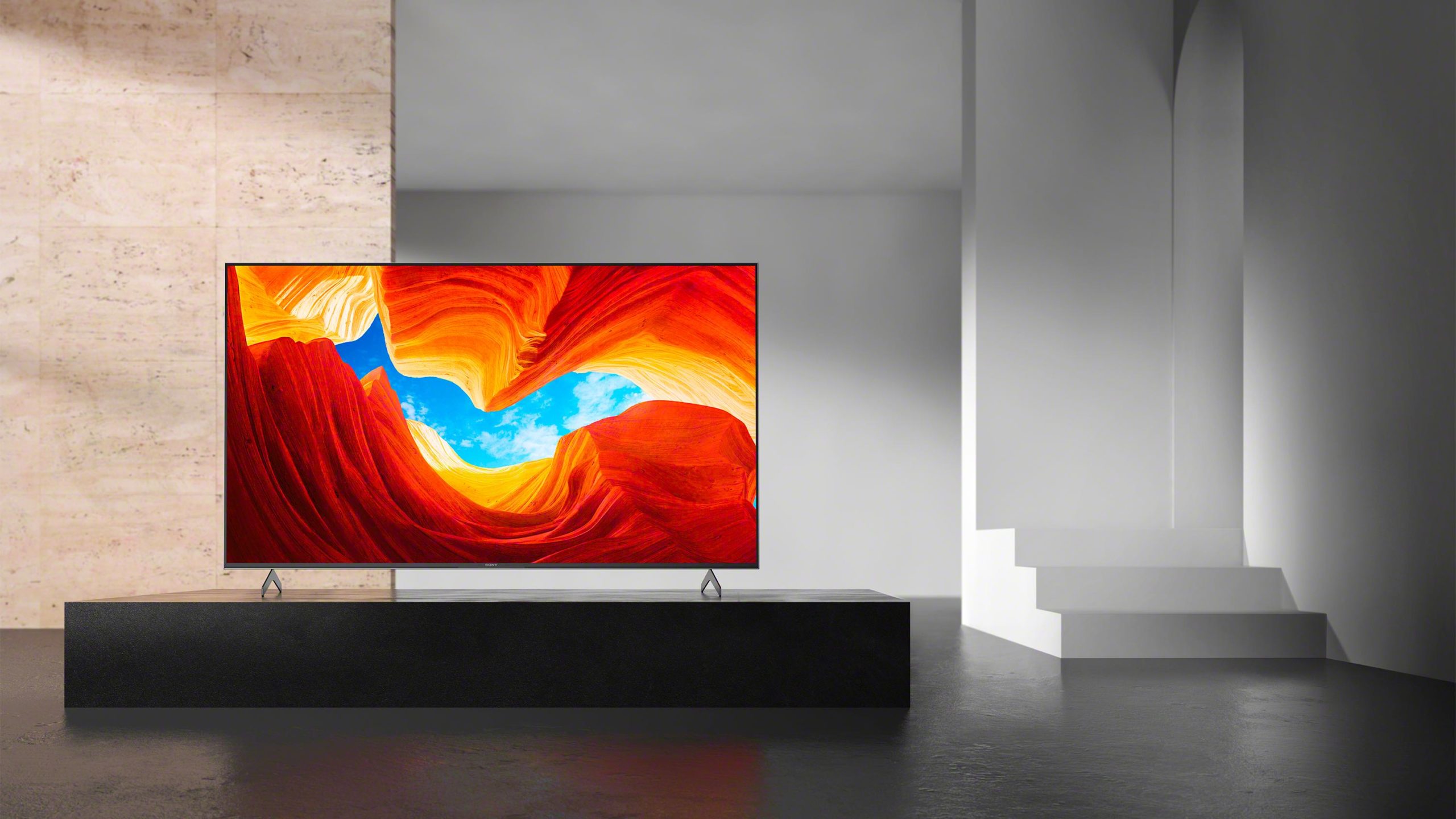 With the new PlayStation 5 in sight, it makes sense that Sony would also want to offer a TV with HDMI 2.1 to support the latest gaming features. The KD-55XH9005 must be that device. We test this middle class.

A beautiful black frame with a fine accent line in metal color, elegant dark silver feet, this Sony looks very handsome. It will be a stylish addition to the living room. 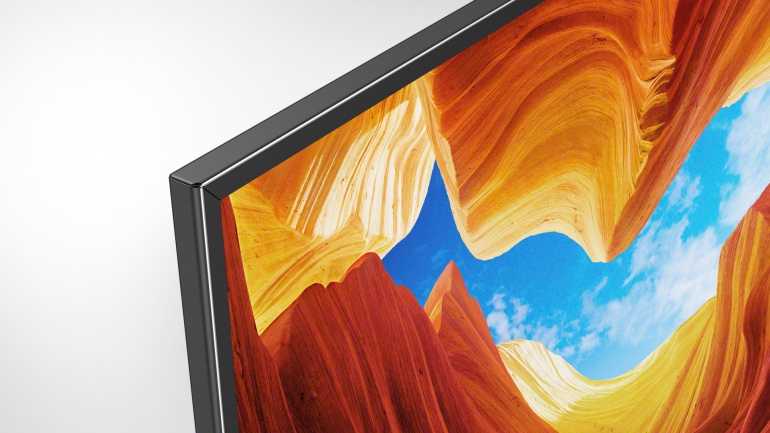 The extremely slim feet will hardly be noticed when you sit in front of the device. On our test model, you can only mount it in one position, which is relatively close to the ends of the device. However, there are also design variants of the XH90 where you can mount the feet in a second, narrower position, just like on the XH95. Incidentally, the feet slide into the chassis and do not need to be screwed on. Yet the TV is very stable. 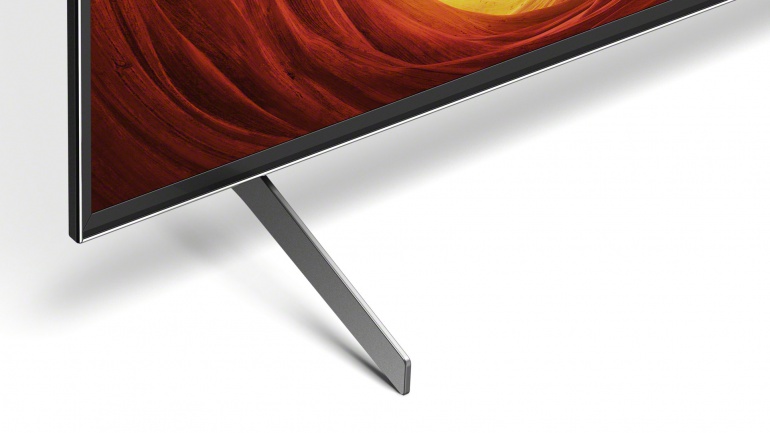 The XH90 series is the big exception in Sony’s 2020 line-up, as it is the only 4K device that comes out with HDMI 2.1 connections that support 4K @ 120 HFR, VRR, ALLM and eARC. Although that apparently takes some doing with Sony. For example, the XH90 launched without any HDMI 2.1 features and only received support for 4K @ 120, HFR, and eARC via a recent firmware update. For VRR and ALLM it remains to wait for a future update. The device has four HDMI connections, ports 3 and 4 are the HDMI 2.1 ports. They are not marked as such, so make no mistake.

In addition, the KD-55XH9005 is equipped with two USB connections, a composite video input, optical digital output and headphone output. You can also connect wireless headphones via Bluetooth.

The XH90 series has yet another first in house. It is equipped with a newer chipset. The MediaTek MT5895 uses the same quad-core ARM Cortex-A73 CPU, but it is clocked slightly higher (1800 instead of 1500 MHz) and is equipped with 3GB RAM (compared to 2.5GB on the previous platform). The new GPU is the Mali-G52.

We were already satisfied with Sony’s performance in Android 9 (Pie). This new chipset gives a slight improvement to that. In the 3D Mark benchmark Sling Shot Extreme, the newcomer scores 1,177 against 707 on the A9, for example. That seems like a major improvement, but it does not matter much for ease of use. And for Android gaming? A device like the Nvidia Shield scores 3964. The new chipset will certainly not break any pots in that area, but again: in daily use it performs well. 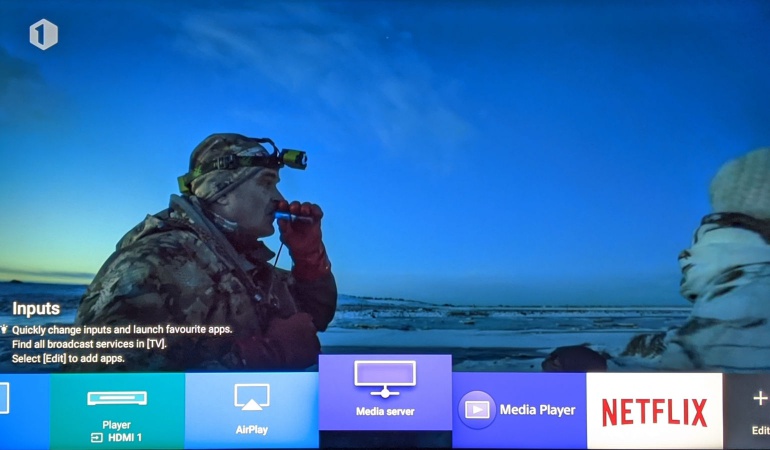 The menu key (gear wheel) calls up a ‘Quick settings’ bar at the bottom of the screen that you can customize just like the inputs. This year, the entire menu for image and sound was redesigned.

The settings are still organized in categories such as ‘Brightness’ or ‘Motion’, but the settings below them now expand when you click on them. We find that just a bit less clear. A good improvement is the addition of an image and some explanatory text for each setting.

The XH90 is equipped with a dual TV tuner for digital TV (DVB-T2 / C / S2) but has only one CI + slot. Watching and simultaneously recording another channel is therefore only possible with channels that are not encrypted. In addition to Chromecast, you can also use Apple Airplay 2. The TV is also compatible with Apple Homekit. Sony has provided an excellent media player that knows how to handle all major video and sound formats.

If you switch from the XH95 to the XH90, that also means a slightly less powerful image processor. The XH90 series uses the X1 4K HDR. The image processing remains very good, although we do see differences. For example, the noise reduction is clearly less strong. This meant that the ‘low’ setting was often not sufficient for both settings to eliminate noise sufficiently. You can of course opt for ‘car’ with the risk that the TV sometimes works a little too enthusiastically. The main shortcoming in our opinion is the lack of Super bit mapping, the technique that Sony uses to eliminate color bands in soft color transitions. That’s a strong point for Sony, and the XH90 has to do without it. In our Game of Thrones scene, that was painfully clear.

The XH90 series does not use X-Wide Angle film, so you have to take into account the fairly limited viewing angle that is so typical for VA panels. Especially contrast leads below the viewing angle, and certainly in extreme HDR images you can see the segments of the backlight very well.

What about the gaming qualities of the XH90? Sony advertises the XH90 as a “Ready for PlayStation 5” TV. The HDMI 2.1 ports provide the full 48Gbps bandwidth, although it is now clear that models with 40Gbps bandwidth will also suffice (for example, the Xbox Series X itself also offers a maximum of 40Gbps). In the meantime, it already supports 4K120.

We still have to wait for VRR and ALLM, which will come via an extra firmware update. Also keep in mind that you have to choose between Dolby Vision support or 4K120 support on input 3 and 4. It is not possible to combine both. We already saw a similar phenomenon on the LG OLED48CX6LB, where the use of AMD Freesync and Dolby Vision are mutually exclusive. Whether that can ever be resolved is the question. In any case, it means that Dolby Vision gaming in 4K120 on the Sony XH90 is impossible, although it remains to be seen if that is a likely scenario for the time being. The Xbox Series X supports Dolby Vision and 4K120, but whether there will be games that use both is not yet clear.

The input lag in the User image mode is 105.2 ms, which is too much for decent gaming. In game mode, the lag drops to 21.2 ms, which is an excellent result, but has to give way to a lot of competitors who are often already below 15 ms.

The XH90 series offers ‘Acoustic Multi Audio’ but only on the 65 inch and larger models. Our 55-inch model has to be a fairly typical 2x 10W sound solution, but it got the new X-balanced drivers, which provide more volume and a richer bass. 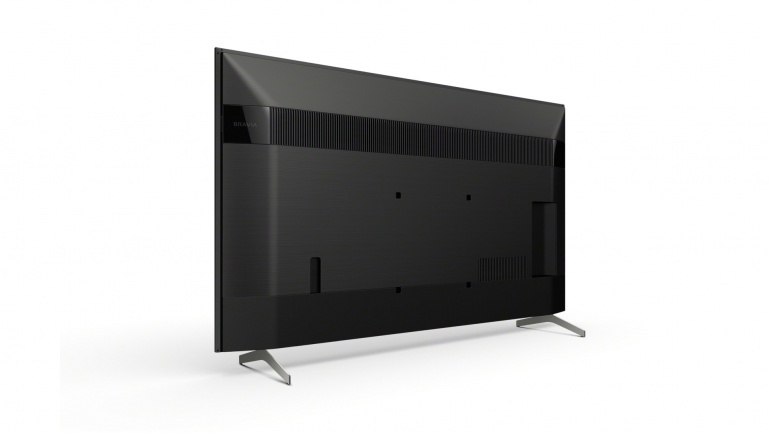 With that configuration, the XH90 shows a very decent result, although we miss some bass here and there. The TV avoids overdriving of the drivers quite well, without ostentatious interfering with the sound. There is Dolby Atmos support, but for a true Dolby Atmos experience, an external sound solution seems to be the better choice.

With the XH90 series, Sony wants to have a TV in the line-up that is ready for the PS5. Before that, the KD-55XH9005 was equipped with two HDMI 2.1 ports, but all HDMI 2.1 features come via firmware updates. 4K120 HFR is now possible, VRR and ALLM are all waiting. However, the TV does not allow you to activate Dolby Vision and 4K120 at the same time, a combination that is possible with competitor LG. And in the meantime, problems of loss of detail have been discovered when using 4K120. It doesn’t really give the necessary confidence that the XH90 is ready for next-gen gaming. Although we must admit that it is a bit of a mystery to what extent these limitations will also turn out to be real limitations.

If we leave gaming aside for a moment, the KD-55XH9005 is a very capable mid-range. It provides excellent contrast, and the local dimming algorithm works well, although it cannot deliver strong improvements due to the limited number of dimming zones. It delivers a lot of clarity and even though the color range is just below what we expect for HDR, the HDR images are very beautiful. In SDR, the images are rich and intense and thanks to its high brightness, it can also play its trumps well in a lot of ambient light. The X1 processor does a great job. The Sony interface combined with Android 9 and a handy remote guarantee excellent ease of use.