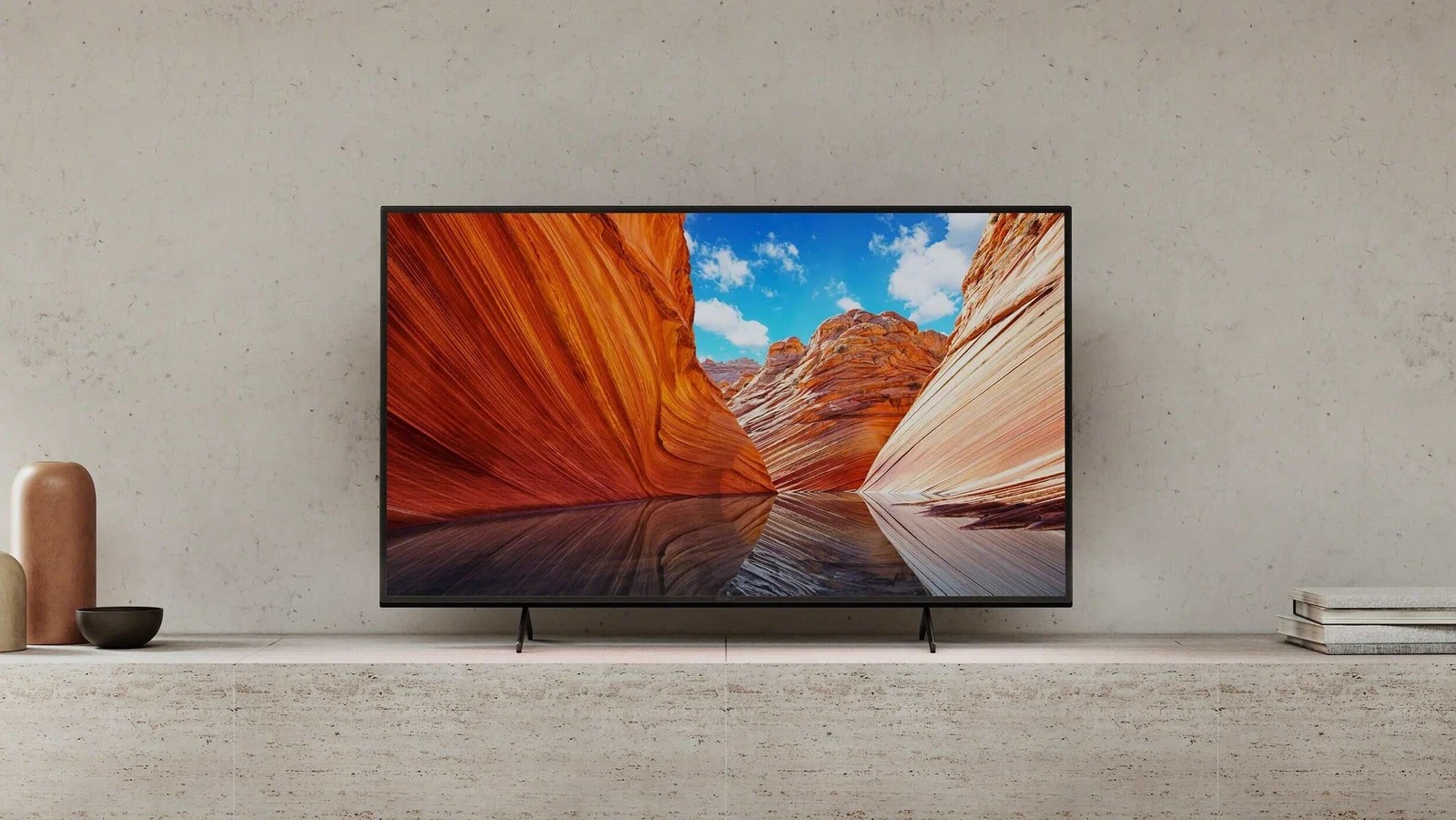 When choosing a television we can get lost with countless technologies and technical data. For this reason, many buyers are carried away by names and brands established in the market and that have always enjoyed a great quality / price ratio. Sony is one of those manufacturers that have stayed in homes for decades. Perhaps the Sony KD55X81JAEP will probably end up in many homes by another benchmark in the industry, Dolby.

The  Sony X80J is one of the models. It belongs to the mid-range, but it is one of the cheapest models. However, the Sony KD-55X81J teams up with Dolby to offer the best audiovisual experience. And they added a 55-inch panel and AI visual enhancement technology to the formula for success.

We started the review of the Sony X80J television talking about its design. Belonging to a mid-range, this model follows the clear minimalist trend of these products. With this objective, the aim is that the television is integrated into the living room and goes unnoticed. For this reason, the Sony KD-55X81 bets on a compact body with a thickness of 7.1 cm. It is true that it is not one of the slimmest televisions of the brand, but it is still a good candidate for wall mounting with VESA support.

The bezels aren’t the narrowest either, but they still give a good immersive feeling in the displayed images. The percentage of the approximate surface of the panel with respect to the front is close to 91%, which is a good figure. Another highlight of the model is that it rests on two V-shaped legs that can be placed in two positions . We can select a standard fit near the ends or a narrower fit for small furniture. The space that remains under the television is enough to place a sound bar without obstructing the viewing.

Given the price of theSony X80J we cannot ask for a metal rear, so we have to settle for the use of plastic. Of course, both the body construction and the legs have good finishes and there are no creaks from heat or pressure. The dimensions of the TV are 124.3 x 78.7 x 33.8 cm and it weighs 18.3 kg with the legs. This model is only available in black, a common of these Sony products.

This model is armed to the teeth with all the news for the brand’s mid-range. It is one of the most affordable models, but we were pleasantly surprised to check the characteristics of its interior. Mount a 55-inch diagonal panel and 4K resolution, obtaining a pixel density of 80 dpi. Equipped with 10-bit D-LED backlight (8-bit + FRC). It renders at a maximum brightness of 380 cd and achieves a 1,100: 1 contrast ratio. Therefore, it is capable of offering a good result in HDR.

Its technical Sony 4K HDR Processor X1 uses algorithms to optimize the visual response of the panel, greatly reducing visual errors such as noise and improving the level of definition to appreciate even the smallest detail. It also makes good use of its intelligent image scaling in resolutions below 4K, whether from DTT or a Blu-Ray Disc player. Although it is also thanks to the use of 4K X-Reality PRO technology implemented in this processor.

We have talked about sharpness and that is something that is often lost with action scenes or in video games. However, the Sony X80J does not have a big problem with the Motionflow XR 400Hz tool . This technology inserts additional frames between the originals. Therefore, we have a viewing of these scenes with great fluidity and in which we do not lose information.

The importance of colors and HDR

One of Sony’s key technologies is TRILUMINOS PRO, a feature that analyzes the visual characteristics of programs or content. Thus it is able to show faithful and natural images at the level of saturation and tone of the colors that make up the scene. By the way, in the TV settings it incorporates several modes to obtain the desired effect such as the usual Cinema, Videogames or Dolby Vision. In fact, Dolby makes an appearance twice, visually and soundly, as we will see later. The Sony KD-55X81J is compatible with the most popular HDR standards, highlighting the implementation of HDR 10 and Dolby Vision . In addition, it includes Object-based HDR technology, which is responsible for analyzing the scenes individually. So HDR images explore hues with adaptive brightness and expanded contrast.

Connectivity, Smart TV and sound of the Sony X80J

As we are used to, your remote control has a microphone to access the Google Assistant voice functions. And it is that Sony KD55X81JAEP implements the Google ecosystem with Chromecast incorporated and its Android TV 10 with access to the most popular services and apps. Additionally, Apple device users will benefit from Apple AirPlay streaming.

Previously we talked about the arrival of Dolby to the television twice. As we already saw in the Sony X80J , Dolby Atmos makes an appearance to offer an immersive sound experience at home. On the contrary, its sound system is rather simple. We have a 2.0 ch configuration and 20W of RMS power. However, it employs X-Balanced Speaker speakers, which are innovatively designed to deliver a crisp, nuanced response.

Read more about the TV here.

LG UP75 (UP7500) Review: Delivers pretty good images at a low price

In preparing the article, materials from https://www.giztele.com/sony-kd55x81jaep-caracteristicas-precio-opiniones/ were used. Visit article here.