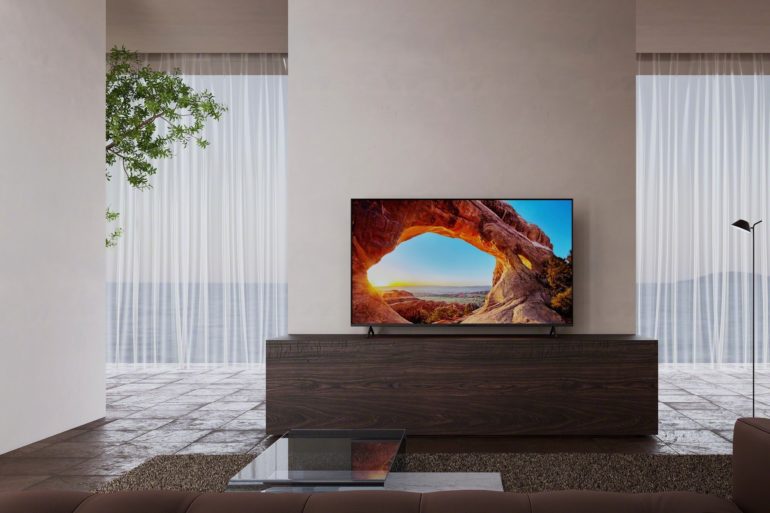 Among entry-level and luxury TVs is the Sony X85J series. These are middle class models. The new 2021 series is perfect for those looking to get into the good stuff without wasting too much material resources. The Sony X85J series TVs will be available with a starting price of $ 850 for a 43-inch diagonal.

While Sony’s X85J is one such mid-range option, it’s worth considering the image quality and some features in our Sony KD-55X85TJ 4K HDR review. Let’s try to figure out whether this series deserves special attention or not, because the Sony X80J left doubtful thoughts.

To begin with, let’s remember that the Sony X80J TV series, is intended for European countries, in particular for the UK. Both 80 and 81 series received a 60 Hz matrix, while the X85J series in question has a native frequency of 120 Hz.

The second interesting point is the presence of HDMI 2.1 with all the functions it rely on. Namely, VRR and ALLM, which will undoubtedly appeal to users of console games. The X85J series has screen sizes ranging from 43 “to 85”. The changes also affected the soundtrack. But about these chips below.

We can assume that the predecessor of the X85TJ series in question is last year’s version of the Sony XH85 . The cases of these two series are very similar. The location of the stand legs may vary depending on the available horizontal space. The color of the case with the bezel, like the stand itself, is black.

The interface part is located on the left side of the rear of the Sony KD-55X85TJ TV. The connection connectors are closed, if necessary, with decorative plastic covers. The legs of the stand have fasteners for routing cable connections.

The frame around the screen is rather thin, about 1 cm. A couple of grooves for beauty and dust collection are located along the perimeter of the screen. The back of the TV cabinet is elegantly embossed. Now there is a grid pattern of squares. And if we consider the rear, then there is a similarity with the Sony X90J series , which belongs to the higher class of Sony 2021 TVs. 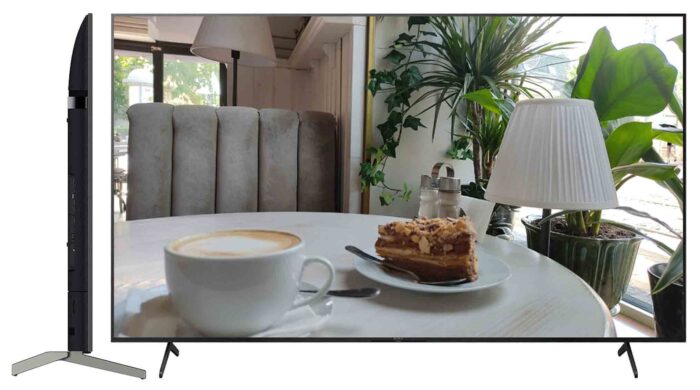 To begin with, it should be noted that in the X85J series there are two models KD-50X85TJ and KD-85X85TJ where VA matrices are installed. Therefore, this pair will have slightly limited viewing angles. And, if 85 diagonal is physically huge, then when buying a 50 diagonal, you should clearly understand where the TV will be installed. The rest of the diagonals are equipped with ADS or IPS improved panels.

As for the contrast of the image, in the 50X85TJ and 85X85TJ this figure is at the level of 4500: 1, in other models it is 1200: 1. The model shown in the KD-55X85TJ review should be placed in a well-lit room. Despite the different types of sensors, the X85J series has an “Object-based HDR remaster” image contrast enhancement feature in the specification. These limitations are not individual for the X95J series, it’s just that the matrix technology speaks for itself, and we have talked about this more than once on our UltraHD.su resource. The Sony X85J series is bright enough for SDR content. This figure almost catches up with the data of last year’s series, a class higher than the Sony XH90 in real scenes. Unless the auto-dimmer is used, the average brightness is 500 nits. In general, this indicator is sufficient to combat glare, but do not forget about the illumination of the room.

Sony’s X85J lineup is significantly better than the X80J in HDR content. As with SDR mode, you should avoid “automatic” to limit the brightness. With proper HDR content in a 10% window, the peak brightness was just under 700 nits. But this is not enough to ensure excellent HDR quality, although this is an excellent indicator for the “average” from Sony.

And in conclusion of this point, we give the values ​​of the response time of the matrix of the 55X85TJ TV. With different data sources, this figure varies from 4 to 11 ms. In game mode, the average minimum input lag is about 19 ms. This value may be lower, it all depends on the connected game console or PC, because the X85J series has HDMI2.1 4K @ 120Hz (eARC / VRR / ALLM).

Unfortunately, the color depth in the X85TJ series, as well as in the 55X85TJ model under review, is not far from the younger models from the X81J and X80J lines. Here again we see 8 bits + FRC, but with a native matrix frequency of 100/120 Hz. The backlighting of the matrix is ​​made using Direct LED technology, and the function of local dimming through the black frame “Frame Dimming”. Therefore, the black levels are the same as in the X81J series. 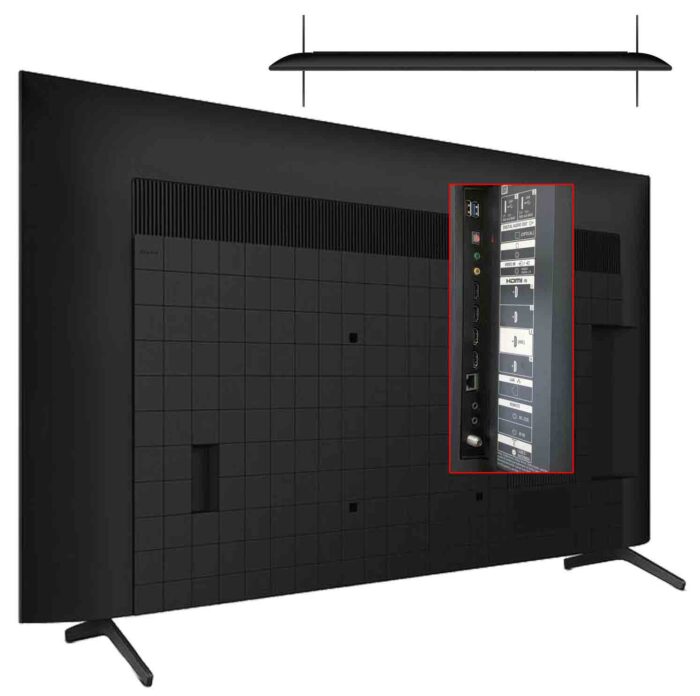 As we previously mentioned, all Sony 2021 TVs, including the Sony 55X85TJ in question, run on Google TV. It is a replacement for Android TV, although essentially nothing has changed. The operating system is easy to use and works pretty well. However, there are flaws with some settings.

So, sometimes, the “Custom” picture mode is turned on again after you turn it off in the settings. Streaming from a resource such as Netflix may occasionally be disabled again in “Custom” HDR picture mode. Hopefully these bugs will be fixed with a firmware update.

Sony X85J series uses a standard 2.0 CH speaker layout. A pair of speakers with X-Balanced and Room Compensation enhancements will provide 20 watts of sound power for an average room. Sound supports DTS Digital Surround, Dolby Atmos and Dolby Audio. Despite the sound technologies that are quite standard for new models, bass notes are lacking. We’ll have to think about purchasing a separate soundbar, although this is quite enough for everyday news viewing.

Basically, the whole series has excellent color reproduction, the same as in the Sony X80J. Ultra-wide viewing angles (not for all diagonals) and the presence of Google TV cannot compensate for the mediocre contrast. Regardless of the use case, you can look for better 4K TV options for the money.

Cinema lovers will not appreciate the shallow black level, although the average brightness of the Sony BRAVIA KD-55X85TJ TV, as well as the image detail, differs from the younger series in a positive way. For those who like to play, a clear plus will be a native refresh rate of 120 Hz and an HDMI 2.1 port.

Thus, if you are on a tight budget and have a choice between the X81J and the series reviewed, then the X85J is your best bet. But do not forget about the competitors – you can get the same performance for much less money.