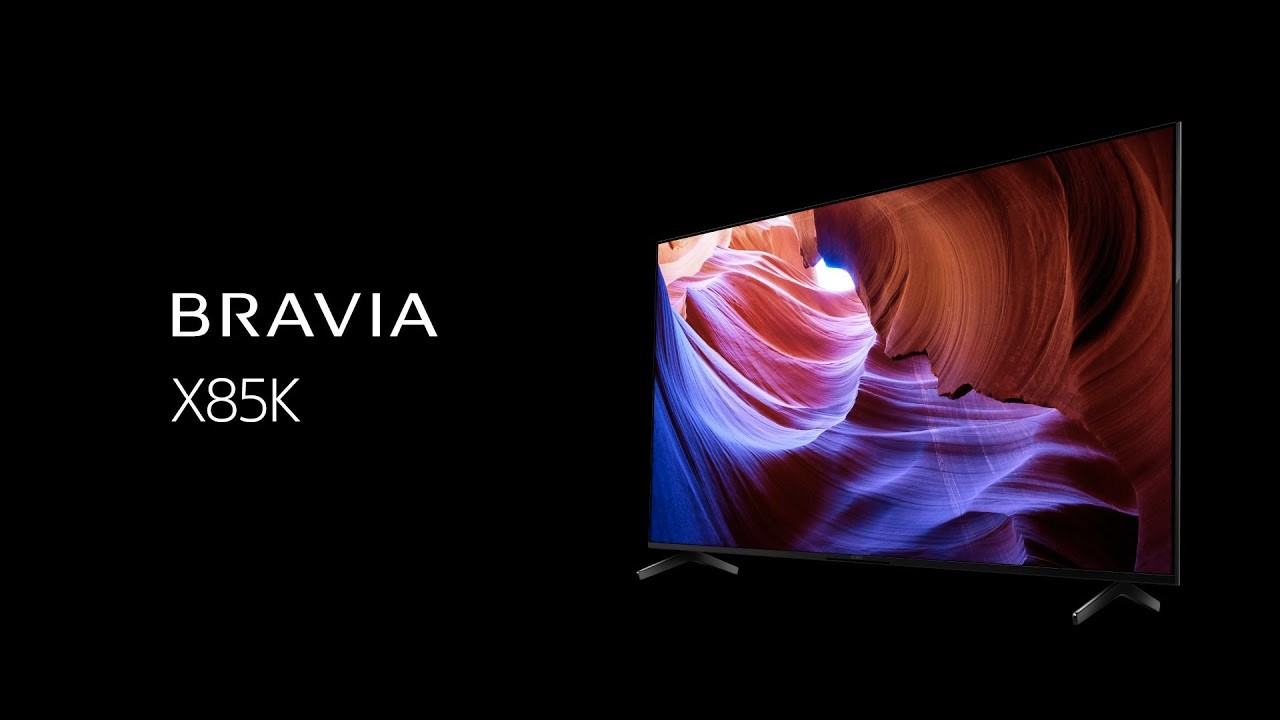 The Sony X85K is a mid-range 4K TV in Sony’s 2022 lineup. It’s a good TV with great darkroom performance thanks to fantastic contrast ratios and superb black uniformity. But even for bright rooms, it has a large peak brightness.

It works with the updated Google TV interface. Gamers will appreciate the low output latency, HDMI 2.1 speed, and VRR variable refresh rate support. On paper, the X85K seems like a good value for money gaming TV, but does the combination of its features and specs make it a worthy proposition? In the Sony KD-55X85K 4K HDR TV review, we will analyze its competitiveness. 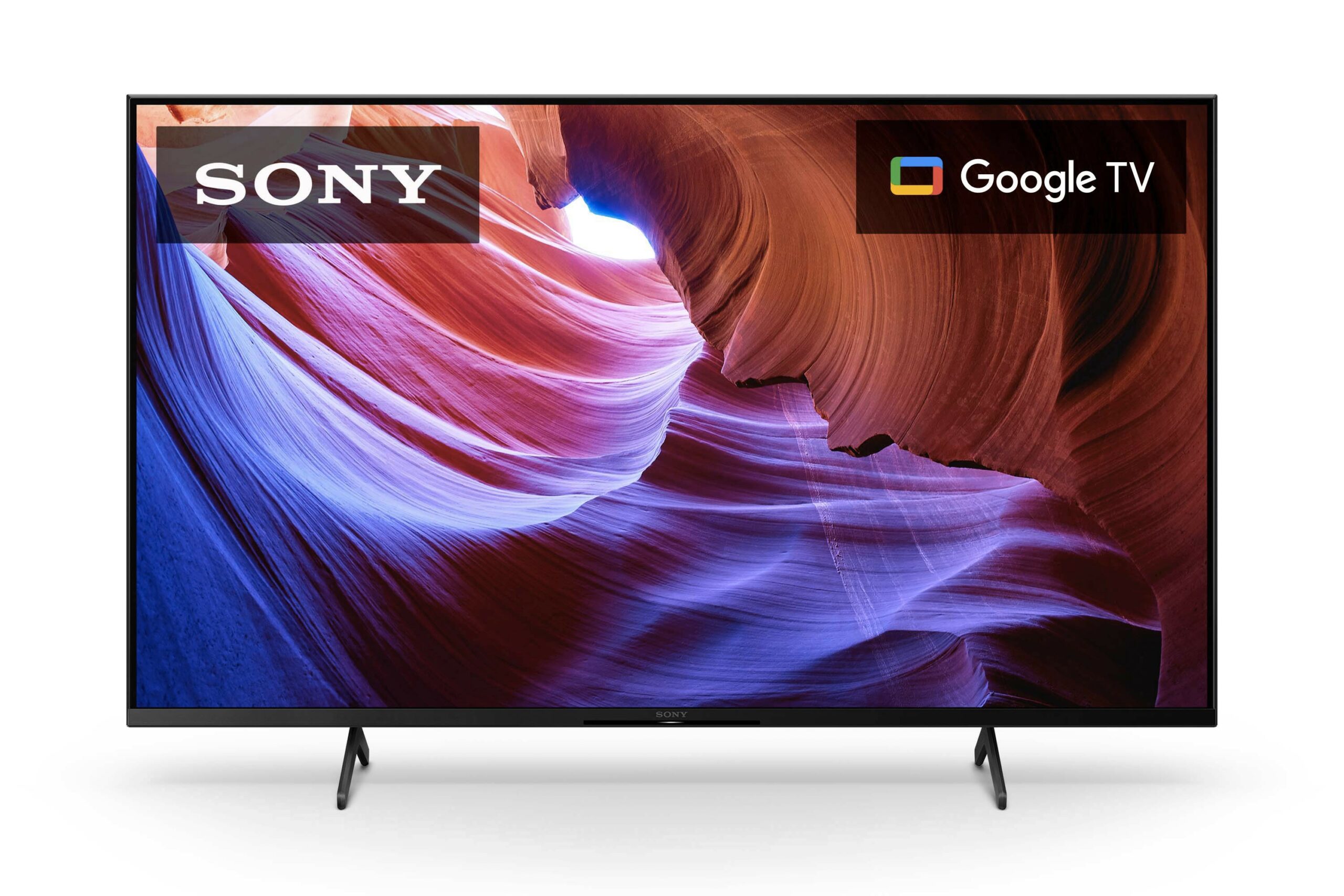 TV Sony KD-55X85K is very similar to X90K , which we wrote about earlier. Almost everything is the same, which means that both models use the same shell with two small differences. One is the big X on the back of the X90K, which is missing from the X85K, and side tweeters are also missing since the X85K has a simpler 2.0-channel audio system.

Overall, the 55X85K looks just as you’d expect from a TV at this price point. That is identical to X85TJ . Good quality by Sony standards, but nothing outstanding. Although it has relatively thin bezels (1 cm), thanks to which the screen looks decent enough. The measured thickness of the Sony 55X85K is about 7.2 cm, which is a little more than we would like for wall mounting. 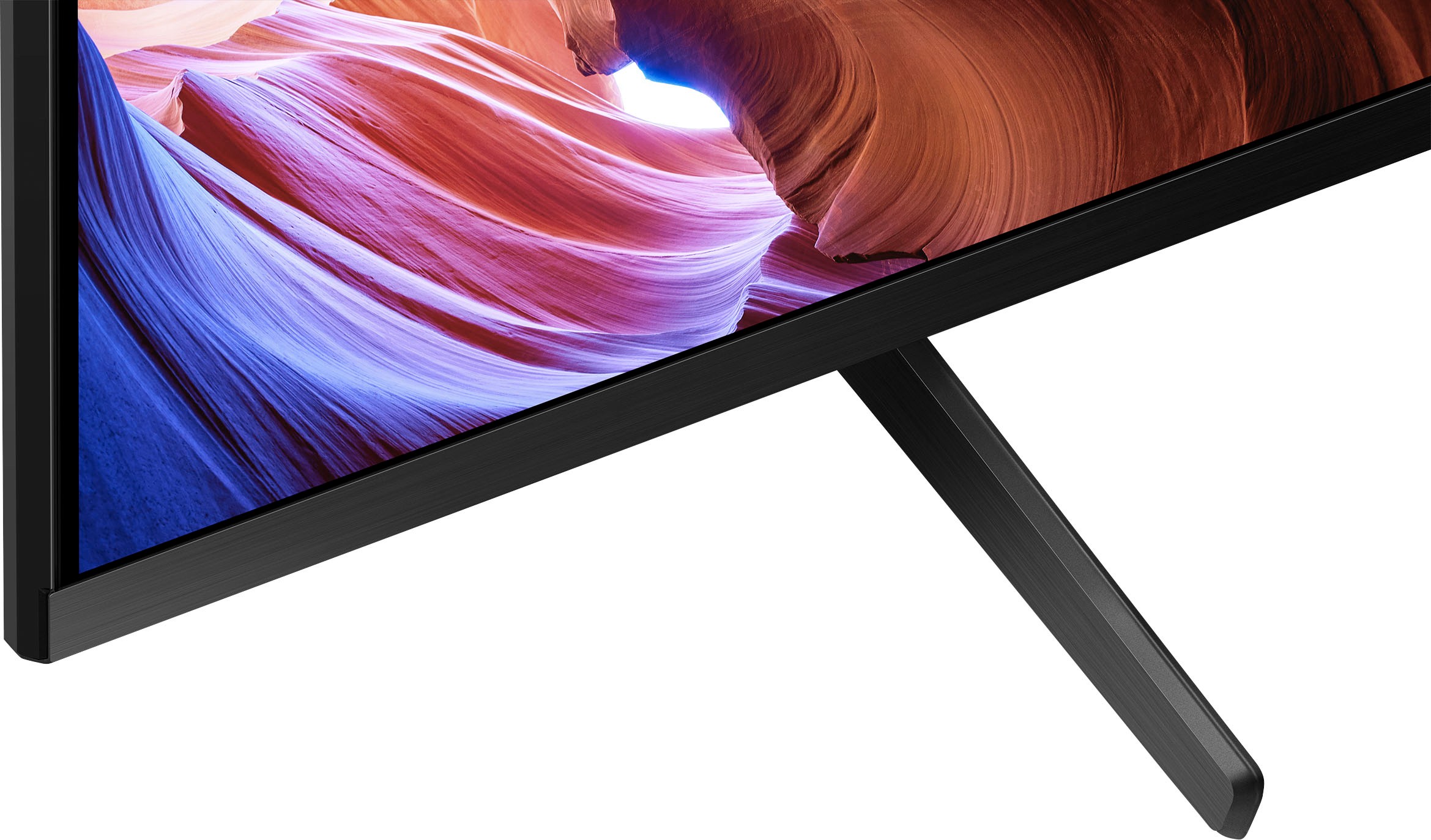 In this case, the presence of side ports helps, since you will not have problems using them if the TV is mounted on the wall. On the back, the Sony X85K retains much of the same layout we saw on the X90K, but as we mentioned, there are some very subtle changes. All ports are placed in the same places, while the plastic back panel now has a new quadratic structure to break the monotony. 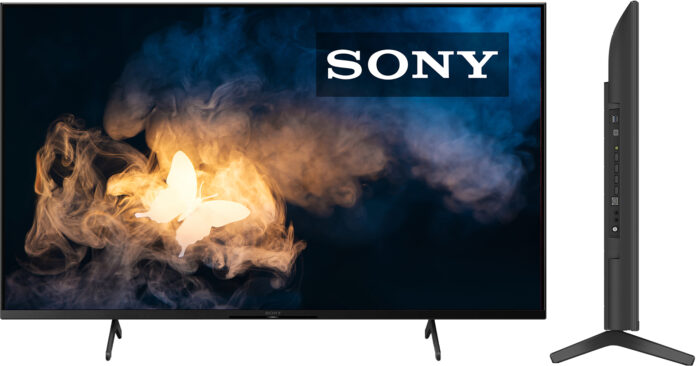 The Sony X85K TV uses a stand in the form of widely spaced legs. This means that you will need a large cabinet to put it on. But for models with a diagonal of 55 inches and above, the legs can be rearranged closer to each other. There are special clips on the back of the legs to group all the cables together.

The X85K series uses the 4K HDR X1™ processor we also recently saw in the X80K , and it’s less efficient than the 2022 Cognitive Processor XR that Sony has been touting so much. In fact, no revolutionary changes have been noticed in it. One of its characteristics is HDR remastering, which analyzes different objects on the screen and adjusts the contrast.

This is its main difference from devices of this class, where the contrast is adjusted only by a single graph from dark to light shades. And since the objects are discretely remastered, the KD55X85K can display an image with greater depth and detail. The Dynamic Contrast Enhancer option automatically adjusts contrast settings according to the environment to provide crisper, purer colors.

The backlighting system is another area where the Sony X85K TV borrows from the lower-end X80K. So we’re seeing a Direct LED system without local dimming, and instead Sony is using what it calls frame dimming. Keep in mind that all diagonals use the same backlighting, so there is no size difference here like some 2020 models like the XH80 .

One of the most important aspects of any HDR TV is brightness. The X85K’s custom picture mode at maximum brightness peaks at around 530 nits in the SDR brightness test with a 10% white window on a dark background. SDR content does not have very high requirements for brightness, so everything is fine here, and the X85K is very good at this.

In the 10% HDR test, the X85K managed 575 nits of peak brightness. And while it’s not that the HDR levels were bad, the TV still isn’t bright enough to make small details stand out as they should. In terms of contrast, the VA panel does a lot better, with blacks getting deeper and not looking grey. There is no local dimming here, but you can’t ask for more from such an inexpensive device.

Due to the VA panel, the Sony X85K’s viewing angles are not very good. Sony is implementing certain technologies to combat this in their best offerings, called X-Wide Angle and X-Anti Reflection. Unfortunately, they can only be found in higher-end offerings such as the X95K . And the model in question retains good image quality only up to angles of 25-30 degrees.

As for HDR protocols, there are no surprises from Sony as we still don’t have HDR10+. Overall, the X85K supports the standard trio of HDR protocols, including the baseline HDR10 which is required for 4K UHD playback, HLG which is used in broadcast TV, and finally the more advanced Dolby Vision which uses dynamic.

The 55X85K TV uses a 100/120Hz panel, which is good. But on the other hand, it comes with the lower Motionflow XR 1000 since it doesn’t have the new XR cognitive processor. It is possible to use either the standard motion interpolation system or black frame insertion (BFI) interpolation to smooth motion.

We mention that the X85K supports VRR out of the box. The TV has an outstanding output latency. When using the game mode, we get an excellent value of 15 ms. This is enough to ensure smooth gaming even for hardcore gamers. Outside of game mode, we get 87ms. HDMI 2.1 supports all gaming oriented features including Auto Low Latency Mode (ALLM).

Like the previous model, the X85K comes with Google TV, which is an add-on to Android TV. This makes the OS unique in both appearance and functionality. The interface is smoother, more direct and easier to navigate. What Android has in abundance is its massive app support. Through the included Google Play Store, you can find literally thousands of titles.

The Chromecast player is also available here and gives you the ability to stream content from other gadgets directly to your TV. Voice control is also present, but it seems to be a bit limited compared to other competing models. In addition, Sony voice search is available. The new X85K has Bravia Cam support.

This module is sold separately and helps you to optimally adjust the sound and picture depending on where you are in relation to the TV. In addition, you can even try to control the TV using gestures. A built-in media player is also available, which can be used to play various video and audio content from external storage connected to the USB ports.

The Sony X85K TV is equipped with an audio system exactly like the one we saw in the X80K. That is, there is no Sony Acoustic Multi-Audio technology, and you will have to be content with a conventional 2.0-channel audio system with a power of 2 x 10 watts. True, Sony added X-balanced speakers to the bass reflex system.

Switching capabilities of Sony 55X85K have not changed. In a special niche on the rear panel, we first see two USB ports, one of which is version 3.0. This is followed by a digital optical audio output, and a mini headphone jack (aka analog video input). Then there are four HDMI ports, two of which are version 2.1 with support for 4K / 120 Hz, an Ethernet port and two antenna jacks (possibly one) for satellite and terrestrial antennas.

By the way, one of the HDMI 2.1 ports is with eARC. If you use this option to connect a soundbar, there will be only one port available, which can be used with new generation consoles. The X85K comes with built-in Wi-Fi (802.11ac) and Bluetooth v4.2.

The Sony X85K is a very good choice for those looking for decent performance on a budget. It has its strengths, but it certainly has a few notable flaws that keep the TV from being the best in its category. However, given its price, this would be a good option for a family TV.