Having looked at most of Sony’s 2021 LCD models, it’s time to turn our attention to the flagship lineup. These are Sony X95J series TVs. The manufacturer will have to convince the potential buyer with the right pricing that will allow the series to remain competitive.

After all, Sony’s flagship LCD TVs occupy an interesting position in the range of this TV brand, approaching in the price category to the entry level OLED models. Usually the user has to choose between an expensive LCD TV or a relatively cheap OLED TV.

Given the higher costs of OLED technology, the choice issue can be a daunting task. You can recall the pros and cons, as well as the differences between OLED and LED models, to move on to the Sony XR-65X95J 4K LED TV review. Let’s see if the new X95J series can replace last year’s excellent Sony XH95 / X950H series (for the US market). Or maybe you shouldn’t chase the TV and opt for the 2020 model?

If we consider the new Sony X95J series, then in its specifications there are some details that will interest a potential user. The main points are the size of the diagonals and good gaming functions. The emphasis should be placed on HDMI 2.1 interfaces. It is this kind of connection that is a crucial specification for the Sony PS5 , which was not sufficiently supported in last year’s Sony TV series.

The Sony X95J series uses an attractive minimalist design called the “One Slate” with a panel enclosed within a thin monolithic block. The screen sits behind a sheet of glass and is surrounded by a bezel with a seamless bezel. The stand is designed so that it can be installed in three versions. The legs of the stand can be positioned as close to the center of the panel as possible, thereby ensuring installation in a limited horizontal space. Although the expression “limited space” for the XR-65X95J is highly questionable. The cable management system is well thought out. The premium remote control certainly makes it clear that this is an eye-catching 4K TV.

The back of the XR-65X95J TV case is made in a kind of embossing. The stamp of the case is a grid pattern of squares, in the center of which is a large square with the BRAVIA logo. The lower left corner of the back of the TV is filled with an interface section. Connections are made down and to the left.

Recall that last year’s Sony XH95 series is slightly inferior in design, but as a flagship 4K TV 2020 model, it has an excellent appearance. It features the same One Slate design, but with an aluminum finish, dual-variable stand, cable management and a similar remote control.

The X95J TV lineup not only supports 4K 120fps, but also HDR10 (as the base standard), HLG (for on-air), Dolby Vision, and even IMAX Enhanced. Therefore, the new Sony series delivers fantastic 4K HDR images. Impressive AI upscaling makes the most of lower-resolution images on-screen. Finally, the Sony 65X95J offers a low input lag of 10ms. The XH95 uses Dynamic Contrast Enhancer and Object-based HDR remaster technology to create an enhanced dynamic range. There is support for HDR10, HLG, Dolby Vision and IMAX Enhanced. Unlike the X95J, last year’s version doesn’t support HDR10 +, but that’s a small loss. The input signal delay is about 15 ms.

Thus, last year’s variant is a great all-rounder when it comes to image quality and performance. Although the new Sony X95J in the specifications has more options in terms of image processing. But when it comes to balancing visuals and price, the 2020 models from the XH95 series are very hard to beat. The Sony Bravia XR 65X95J TV, like the entire X95J series, boasts the latest in audio technology from the company with the Acoustic Multi-Audio function. This model uses tweeters and built-in subwoofers. This delivers powerful sound that matches what is happening on the screen.

What’s in the XH95 series: Lack of the latest XR Cognitive Processor, although it uses the same acoustic multi-audio layout. This is true for models with a diagonal of 55 inches and above. For large diagonals, the X-Balanced Speakers system is used.

The acoustics are complemented by the Voice Zoom function for clearer dialogue, as well as S-Force Front Surround for surround sound. Dolby Atmos decoder is present. In general, there is a difference from last year’s series, but both series in terms of acoustics are a cut above what most 4K TVs with embedded sound provide.

Sony’s XR-65X95J TV, part of Sony’s X95J series, uses the new Google TV smart platform that the company is now rolling out on many of its 2021 TVs. This operating system promises a comprehensive and better organized system with built-in Google Assistant, hands-free voice search and Chromecast.

The X95J TVs also work with Amazon Alexa (for select markets), support Apple’s HomeKit, and include YouView as part of their TV guide. New this year is BRAVIA Core, a high-quality 4K and IMAX Enhanced streaming service from Sony Pictures, albeit not free.

How the XH95 differs from the X95J at this point. Last year’s series uses the Android Smart TV platform that Sony has used in most of its models over the past few years. The implementation of smart features has improved significantly over this period, thanks to an improved interface and faster response times. In addition, there is an extensive selection of services available for Android, including streaming resources, built-in Google Assistant, Alexa compatibility, Apple HomeKit and YouView support. 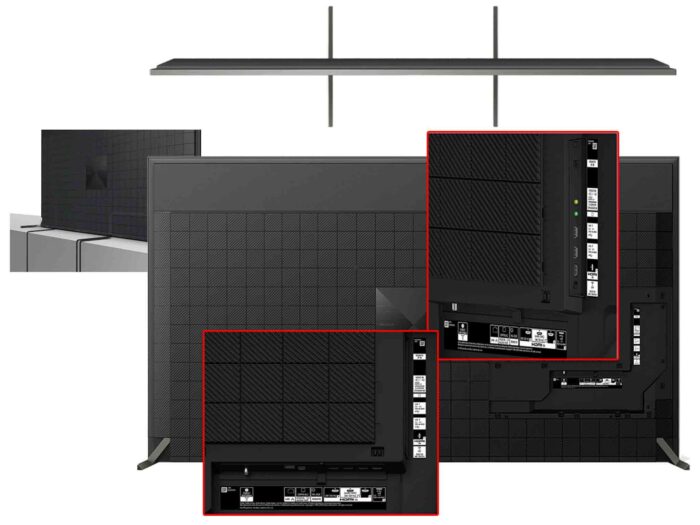 The Sony 65X95J has an impressive array of connections with four HDMI inputs, two of which are HDMI 2.1. These ports support not only eARC but also 4K @ 120Hz in high frame rate gaming mode. There are three USB ports on board, terrestrial and satellite tuners, composite / component video inputs, and a digital optical output. Wireless interfaces are Bluetooth 4.2, dual band Wi-Fi. Chromecast and AirPlay 2 support available. 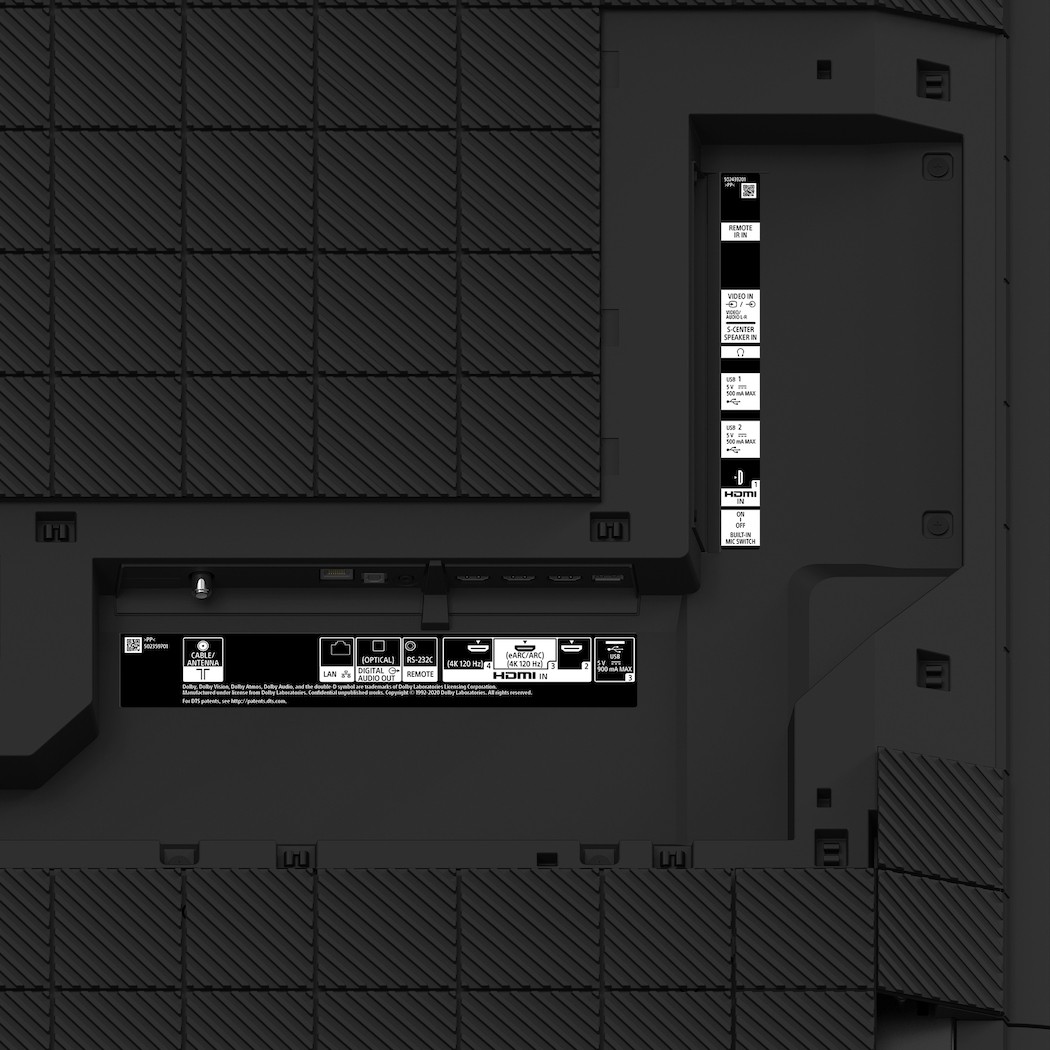 Last year’s XH95 did not receive support for 4K @ 120Hz or HDMI 2.1. Of the main interfaces, these are four HDMI inputs (one with eARC), three USB ports. The rest of the interfaces are similar to the reviewed X95J series.

As the flagship TV, the Sony X95J is much better when it comes to LCD performance at this price point. Stunning 4K HDR images that benefit from the new XR Cognitive Processor.

Many other features provide optimal picture quality as well as superb sound, comprehensive smart platform and extensive gaming features. If you are on a budget, the X95J series is undoubtedly one of the best LED TVs around.

But if you’re on a budget or just need a great 4K TV with a smaller screen size (49 or 55 inches), then last year’s XH95 series is a great alternative. Yes, of course this variant doesn’t have the latest AI-enhanced chipset, but the X1 Ultimate processor is still impressive. The improved picture quality and sound system are just as good as the X95J series. The Android TV platform remains very powerful and intelligent, but will have to come to terms with the lack of HDMI 2.1 and gaming limitations.