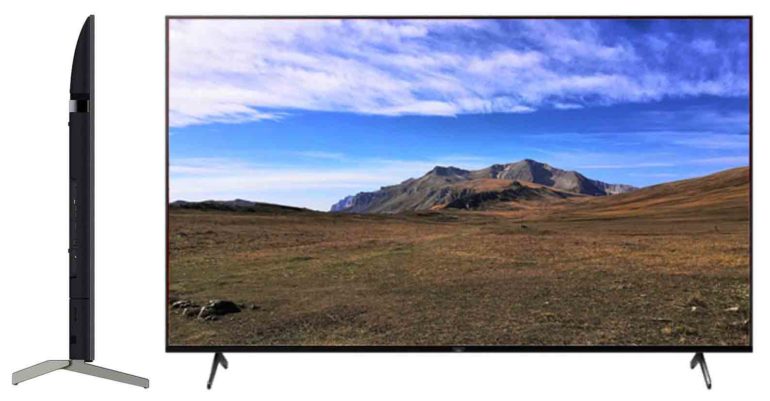 As we know, Sony at CES announced the X90J BRAVIA XR 4K TV series. It is the successor to the once excellent XH90 series. The Sony X90J is expected to receive a new image processor, enhanced HDMI 2.1 features and 3D audio conversion.

Let’s take a look at the Sony XR-55X90J 4K HDR review to see if the X90J series will be a worthy XH90 legacy. Sony 4K HDR TVs, according to experts from 2021, will receive the “correct” model designation in international markets. The X90J series in question is Sony’s line of BRAVIA XR TVs.

The Bravia XR line is based on the new XR cognitive processor. The latest processor offers more functionality, such as an optimized HDMI 2.1 port. Further, this processor is entrusted with the tasks of noticeable improvement in terms of image and sound processing.

According to the manufacturer, the combination of past experience of artificial intelligence (AI) with cognitive intelligence (CI) is human perception and processing of image and sound, which should provide a decisive advantage over the competition.

However, this can only be an advertising gimmick. In terms of audio, the Sony X90J has a new 3D audio scaling feature. Thus, standard stereo or 5.1-channel audio is converted to 5.1.2 format . 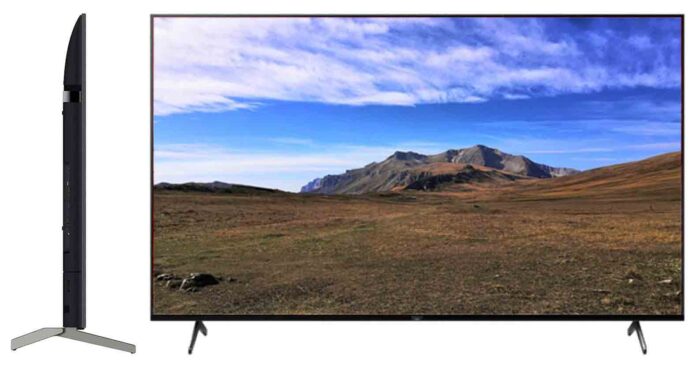 Visually, the design of the new Sony X90J series is minimal, and that’s what most users like based on their opinions on last year’s options. There are thin bezels around the screen. Available in silver or black, depending on the model letter. Under the screen, on the lower bar, the Sony logo is in the center.

The legs of the stand are made in the form of an understated letter “Y”. Depending on the size of the diagonal, there are options for different distances for attaching the legs. In appearance, the legs became thinner, but when installed, the reliability of the structure is ensured.

Unlike last year’s XH90 series, the rear of the TV has been redesigned. The black plastic of the case is embossed and looks more solid. But which user will enjoy this part of TV? The interface part is still on the left side. The connection is convenient if you leave 70 mm of free space from the edge of the screen (when installed in a niche).

But due to the limited number of blackout zones, you shouldn’t expect great images in terms of contrast. X-Motion-Clarity is still in the specification, so rich dynamic scenes will be displayed smoothly and brightly. This is a clear plus for fans of games on the big screen.

XR 4K upscaling, as in previous versions of Sony, works flawlessly, and from 2021 it will be the internal standard for Sony XR-55X90J TVs. Optimizing the image for the environment is interesting and important. This function adapts the image not only to the ambient light, but also to its color temperature of the image itself.

This is achieved with the built-in RGB sensor in the TV. This information is continuously processed by 55X90J. In this regard, optimal contrast and color rendition are ensured at any time. At least that’s the idea of ​​Sony engineers. 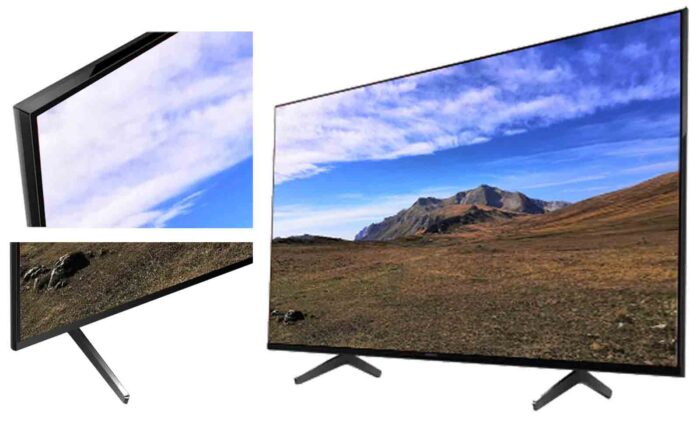 As with the more expensive series, the XR-55X90J is equipped with Acoustic Multi-Audio technology. With it, the user receives a sound adapted to the content of the image. Whether it’s a game, action movie, drama series or news, this sound processing puts your attention in the center of the action and highlights important aspects of the audio stream.

In addition, scaling to 3D sound has appeared. The electronics not only perfectly divides a stereo track or 5.1 source into surround channels, but also adds two “extra” channels, which results in a 5.1.2 circuit. The built-in speaker system allows you to distribute sound not only horizontally, but also vertically. Is this a prerequisite to abandon the additional soundbar?

In the interface part, in addition to the standard connections that we saw in the Sony XH90 , there are some changes. From the interesting you can see that the Sony X90J has two HDMI 2.1 inputs with full support for 4K @ 120Hz and eARC (extended audio return), VRR (variable refresh rate) and ALLM (low latency automatic mode).

Most interestingly, there is no mention of whether 4K @ 120Hz works in HDR mode. After all, we remember the promises of the Sony XH90 that VRR & ALLM will appear with a software update. Hopefully from the factory, the X90J will have to support these features, which are important when using game consoles. This is the official announcement, but with a footnote. ALLM and VRR integration out of the box can be added later via a firmware update. 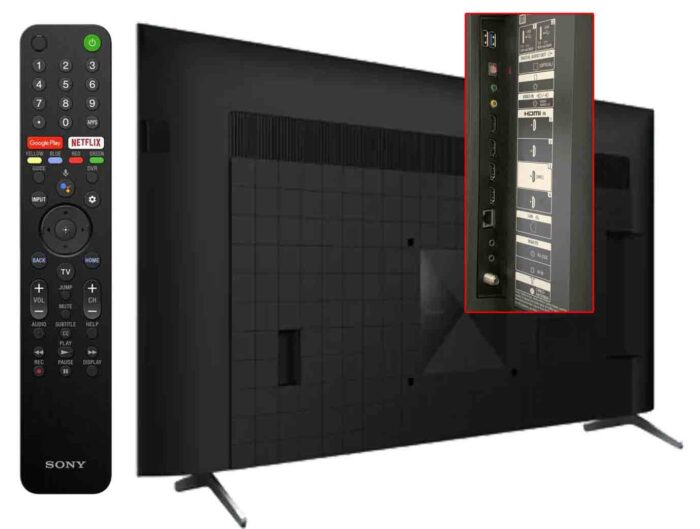 The HDR support in the Sony 55X90J series is enviable. Perhaps the manufacturer has included in the specification everything that is required at the moment. Standard HDR10, HLG, Dolby Vision, Dolby Atmos and DTS: X are some of the key features of the X90J. Additionally, there is a Netflix image calibration mode, support for the extended IMAX format, Calman Ready calibration.

TV voice control can be done via Google Assistant or Amazon Alexa. Finally, one of the most used and requested features is Apple AirPlay 2 , and HomeKit will be available through a software update.

OS based on Google TV

The used operating system Google TV, and in previous models it was Android TV, gives the Sony 55X90J some modified new look of the screen. The basic idea of ​​channel layout and streaming preview has remained unchanged. Naturally, the manufacturer additionally optimizes user preferences, but nobody canceled advertising promotion.

First of all, in the new X90J series, the manufacturer emphasizes clarity and smoothness, error-free operation of some functions. For example, when connected to game consoles or graphics cards via HDMI 2.1, they work seamlessly at any combination of resolution and frame rate, including HDR.

What else should be mentioned as a “feature” is Bravia Core mode. This new streaming service is reserved specifically for BRAVIA XR customers. It looks like Sony’s XR is a separate segment. Although this is actually a regular paid subscription for 4K movies at up to 80 Mbps.

By the way, you can “rent” any five films from this catalog on Sony XR-55X90J. The chip is called “5x Film Credit”. Plus, you can get one-year access to one hundred selected films in Bravia Core. In general, for a beginner, 4K content will be provided immediately, but for some fee.

Yes, it is worth mentioning one more remark about the bundle. Sony X90J TVs will ship with a standard Sony remote control. The new remote control with aluminum housing and backlit buttons will only be available on the Sony X95J series.

Undoubtedly, the Sony XR-55X90J 4K TV series, featuring the new XR processor, XR Triluminos Pro technology and 120Hz panel, gives a new impetus to thinking and analyzing innovation. Is it advisable at the moment to ask the price for a new product, or for now leave your preference for last year’s models?

Moreover, after the release of the 2021 models, the price tag for the XH90 should drop. In the end, even with Acoustic Multi-Audio specs, two HDMI 2.1 ports (eARC, ALLM and VRR), an updated Google TV operating system and AirPlay 2 support, the technical difference between the X90J or X95J and last year’s models will be negligible.