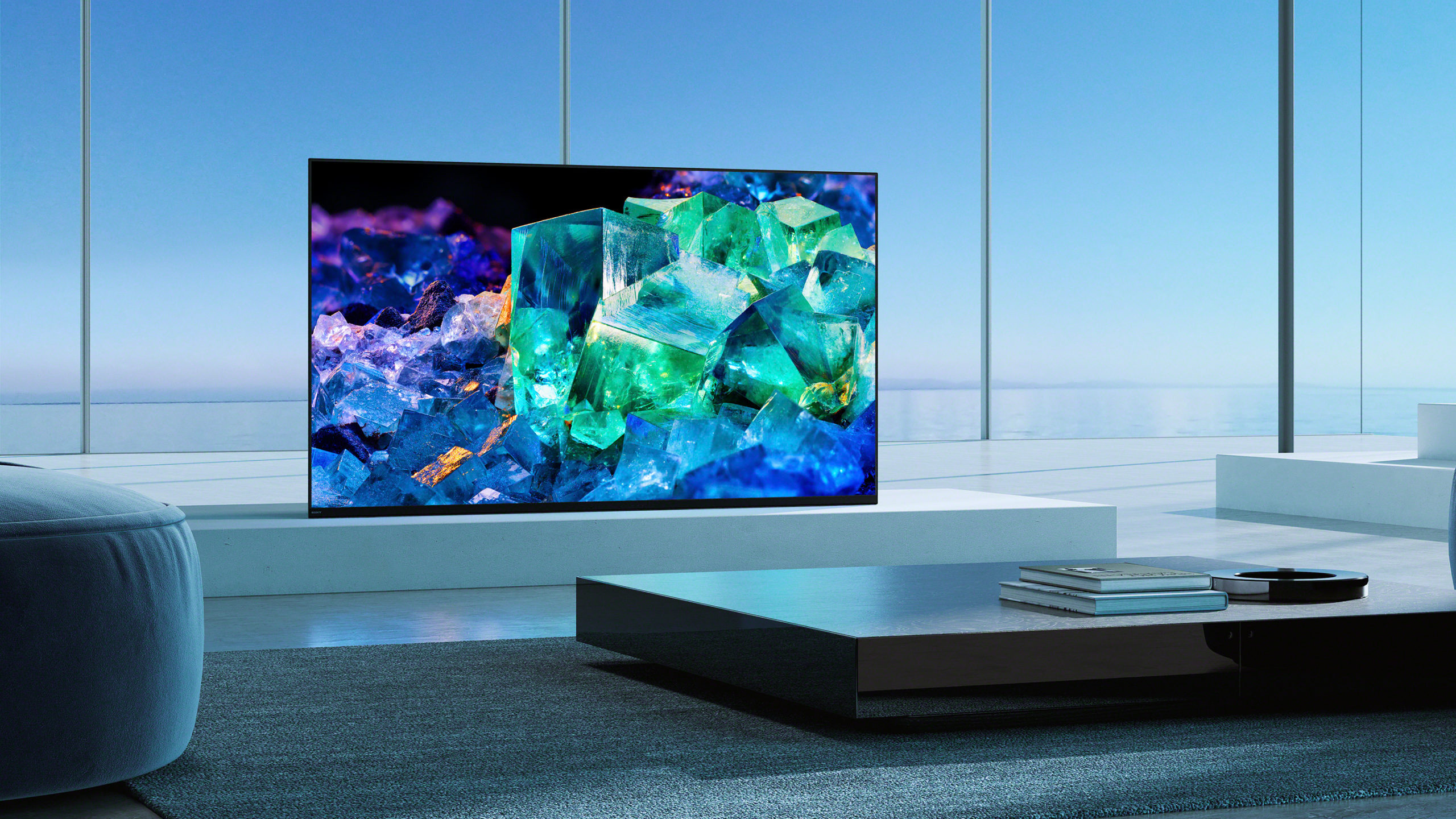 The Sony Bravia Z9K series of TVs is equipped with the latest Sony TV innovations. Its mini LED backlight is based on the XR Backlight Master Drive algorithm. It can intelligently drive thousands of tiny LEDs, producing a dynamic range from deep blacks to the brightest highlights with virtually no flare or ghosting.

And XR 8K upscaling means 4K and HD sources are upscaled to the best possible picture. All this is under the control of the cognitive processor XR. The chip’s updated algorithm mimics how a human perceives visual and audio information by cross-analyzing images, especially around the focal point. In the Sony Bravia XR-75Z9K 8K HDR TV review, we will describe the functional features of the new product.

The Sony XR-75Z9K TV looks not much different from the 2021 flagship Z9J . The edging feels like hard metal, and the back panel is made of nice textured matte black plastic. It will take at least two people to unpack and assemble the included feet or wall mount with an optional bracket, unless you’re feeling especially strong and daring.

The legs and the texture of the back panel are where the design difference between the two flagship models is concentrated. The legs of the novelty taper at the ends, and the texture pattern is smaller. The mini LED backlit LCD panel is about 7cm deep. The silver bezels are quite thin, less than 8mm wide. Since the 75Z9K TV is very wide, Sony designed the stand to fit in three positions. 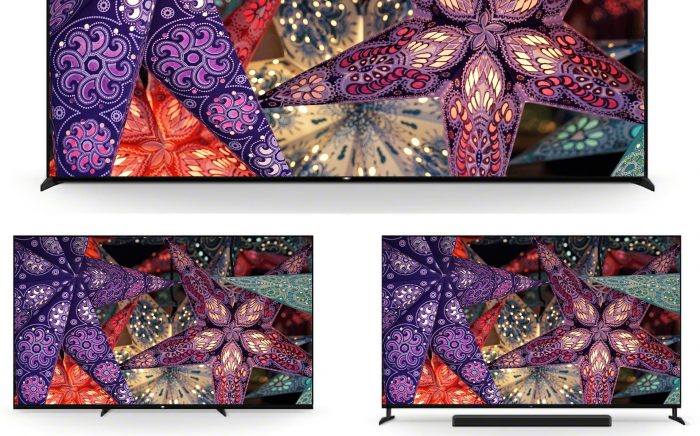 This will help fit even an 85-inch model on narrower AV furniture, allowing the screen to overhang left and right. In two versions of the distance between the legs – narrow and wide screen can be placed flush with the mounting surface. The third option is raised so that you can place the soundbar under the screen.

The Sony Z9K TV is equipped with the Bravia XR processor, which uses Sony’s own local dimming algorithm to drive thousands of mini-LEDs. Together with XR Triluminos Pro’s advanced imaging technology , this results in images that are brighter, with deeper blacks and vibrant colors.

Sony claims that its mini-LEDs do not suffer from blooming, a common effect of such backlighting, when a visible halo appears around bright highlights on a black background. The XR Backlight Master Drive algorithm is responsible for eliminating backlight bleeding or blooming. It has been known to fans of Sony TVs since 2016 using the Sony ZD9 model .

Now it has added an intelligent component that ensures that there are no glare or halos around highlights. Thanks to this, the top model Sony Bravia Z9K peak brightness is expected at 2000 … 4000 nits. With this level and the XR HDR Remaster option, the Z9K TV can detect every object on the screen, analyze its color and manage the contrast. The image becomes more and more indistinguishable from reality.

The 8K TV Z9K features the new Contrast Booster 20 dynamic range enhancement system, the highest level Sony offers in its 2022 TV lineup . The numbering system does not represent any actual performance level, it is simply used to provide some form. 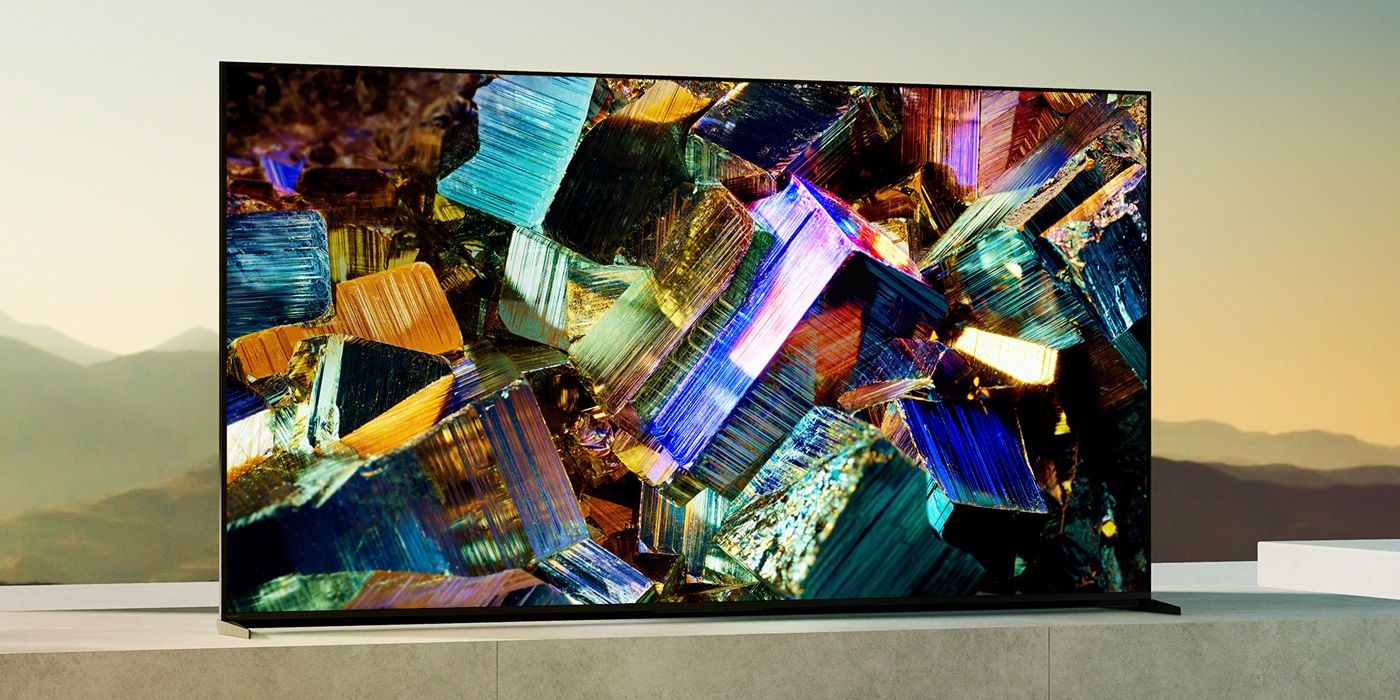 Sony’s X-Wide-Angle technology delivers a wide contrast ratio quite well at various horizontal and vertical viewing angles. This means the Z9K should be a great TV to showcase in a wide open space. Although, when deviating from the center, the flowering of the backlight can become noticeable.

What can be said about 8K is that this content is slowly gaining momentum. The sheer processing power and capability of the Sony Z9K sits at the top of the LCD TV hierarchy. Few 4K TVs can match it for peaks of brightness and lifelike colors. Better not think of it as buying an 8K TV, but rather one of the brightest, sharpest, and possibly the best overall TV available in 2022.

The XR 8K Upscaling option makes the picture very close in quality to 8K. At the same time, scaling works well with almost any content. The XR processor does an excellent job of recreating real texture and maintaining detail. Therefore, games made in different resolutions look very good on the screen.

One HDMI port also supports eARC /ARC for connecting to the latest soundbars and AVRs. You’ll be able to enable incredibly smooth gameplay with reduced input lag of 8.5ms for 4K/120fps content and dedicated Game Mode.

The Sony Z9K is expected to run on Google TV OS at launch, which supports a more robust and simpler user experience on top of Android TV 10. This platform is positioned as offering movie and TV show recommendations right away, instead of focusing on apps. 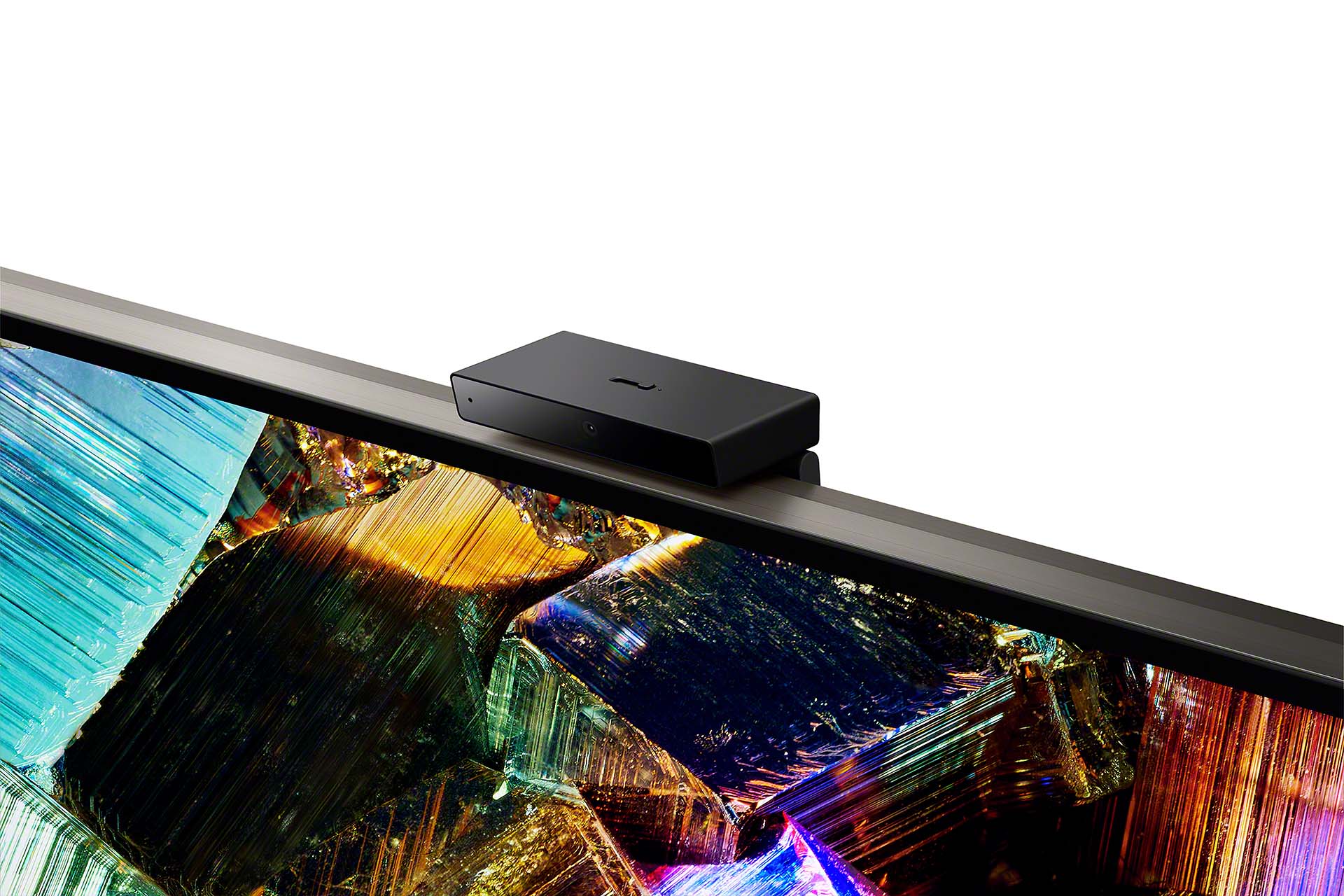 The voice recognition option helps you control your Sony 75Z9K TV without a remote control. You can use your voice to search for movies, streaming apps, play music, and change channels. Ask Google to search for a specific title, search by genre, or get personalized recommendations by saying, “What should I watch?”

Built-in Chromecast lets you stream movies, shows, apps, games and more directly to your TV. Apple AirPlay support does the same right from your iPhone, iPad or Mac. You can watch movies and shows from the Apple TV app, your apps, or even Safari. You can show your photos to everyone in the room.

By connecting the included BRAVIA CAM (the same included with the Sony A95K ) to your BRAVIA Z9K TV, you can expand your control and surround options. The camera recognizes where you are in the room and how far away from the screen. The TV will then adjust the sound and picture settings so that you have the best feeling of being in the middle of the action.

This means that the sound, including dialogue, will become clearer and more immersive, and the brightness of the image will be adapted to the viewing environment. Moreover, your position in the room will be monitored permanently, and the balance of the audio channels will be adjusted at the same time.

But that’s not all. By detecting the distance between you and the TV, the Bravia camera adjusts the brightness of the screen based on your position in the room. And the TV’s light and color sensor optimizes the picture based on lighting conditions for the best viewing experience.

The camera can also monitor how close the child gets to the Z9K TV and alert parents to correct the situation. In addition to voice control, the camera allows you to use gestures to change channels, adjust volume, and more. Finally, the camera will be able to dim the screen to save power if you leave the room, for example.

Like many 2022 Sony TVs, the Z9K series supports Dolby Atmos object-based surround sound. Embedded audio is supported by a combination of front, side and down-firing speakers. Acoustic Multi-Audio™ technology includes four tweeters that ensure that high-frequency sounds come from the right place on the stage, exactly matching what is happening on the screen.

Sony took a cue from their OLED TVs and developed the Acoustic Multi Audio system, which vibrates different areas of the display surface to generate audio frequencies. This creates a surround sound effect that, in certain content, seems to follow the objects and characters on the screen as they move across the frame. 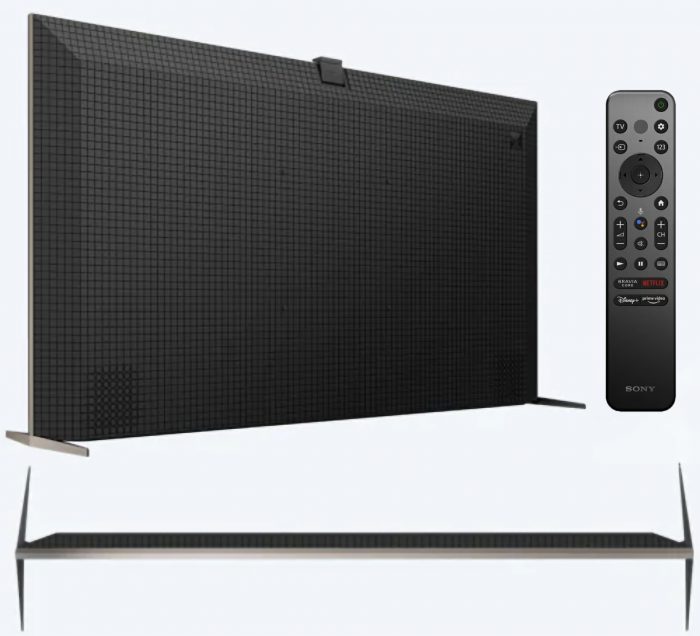 In short, this is an elaborate system that delivers very impressive sound results from the TV’s built-in speakers. But when it comes to a TV this high, it would still be better to use a full multi-channel speaker system or a Dolby Atmos soundbar with separate rear channels and a subwoofer.

The Sony 75Z9K includes a good selection of ports. This includes 3 HDMI 2.1 ports, and the only 8K port that has a bandwidth of up to 40Gbps and does not support VRR and ALLM. Only inputs labeled HDMI 2 and 3 and up to 48Gbps will support VRR and ALLM. In addition to a wired LAN port for connecting to the Internet, there is Wi-Fi and Bluetooth.

For audio, Sony offers a digital optical output on the back and a 3.5mm headphone jack on the side. Unusually, Sony is also adding a two-wire speaker jack to use the built-in sound system as the center channel in a multi-channel home theater speaker setup.

Understandably, not many people will be willing to shell out more than £700,000 (that’s what the Z9J TV cost at launch), but for those who want the best of what the current state of the TV market has to offer, this might be just the thing for you. When choosing a TV, you should not look for the difference in resolution and detail that the Z9K offers.

It is better to pay attention to the realism of color, the brightness and contrast between shadows and bright colors that the TV can create from the right material. For most games, the Z9K is more than adequate, but for movies and TV programs, it’s one of the best TVs for both dark and fairly well-lit rooms.