In addition to launching an 8K mini LED TV, TCL’s C71 and C81 QLED TVs have provided some competition to Samsung TVs in the lower-end market segment. Could TCL, like Hisense in recent years, offer an affordable alternative to premium TVs? In our TCL 55C715 QLED 4K HDR review, we take a look at the strengths and weaknesses of the C71 series to answer that question.

Budget and mid-range TVs tend to focus on functionality rather than appearance. Despite this, TCL 55C715 LED TV has an elegant and neat design. The thin metal bezel does not distract from your viewing experience. The customizable stand offers 2 mounting options.

The legs, which can be adjusted in a narrow or wide position, provide installation flexibility. However, there is no such advantage in the 50-inch model. The assembly does not take much time. Just insert the legs, tighten two screws on each leg, and you’re done.

The back of the panel is quite thin. Thanks to this, the TV will look beautiful on the wall. The placement of the connections can be awkward when wall-mounted. The remote is slim and responsive with hotkeys for Freeview Play and Netflix.

The LED TV TCL 55C715 is equipped with the Android TV operating system with the addition of the Freeview option. By using the OS, the user gains access to streaming apps such as Netflix, Prime Video, YouTube, Rakuten TV, and Disney Plus.

Android has features like Chromecast and Google Assistant. TCL’s own menu is accessible via the gray buttons on the remote, but there isn’t as much options to tweak the options as other brands. Features such as T-Link (HDMI CEC) are not enabled by default, while others such as Game and Sports modes override picture settings on all HDMI inputs. 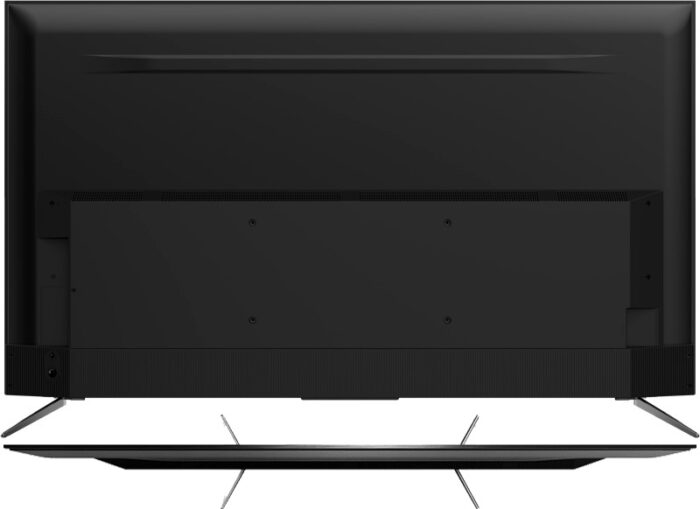 The input lag in gaming mode in TCL C715 LED TVs will delight most gamers. Its value is 9.7ms, which makes this model an excellent option for gamers. The picture quality is very good. It is better to switch to the game mode through the system settings, rather than through the image presets.

Standard mode pictures on the TCL 55 C715 TV look a little flashy, displaying oversaturated colors in SDR (Standard Dynamic Range) mode. The predominance of red is visible on the faces. Changing the color mode from native to automatic improves the position.

The complexion becomes more natural, but still a little brighter than we would like. Content upscaling at less than 4K resolution looks very good, although some frames may lack sharpness and a little noise. Changing modes will most likely not give the best result, because in Auto mode, the image looks too smooth and blurry.

Small details may not look sharp. It all depends on the content being viewed. In general, the TVTsL C715 produces a satisfactory image when scaling. In standard mode, the image looks colorful, but also suffers from softness and lack of sharpness. All such TVs have this disadvantage. Vivid mode offers vibrant and upbeat colors.

The C715 QLED TV lacks any form of motion interpolation. This is most evident when watching Dolby Vision content . The image lacks smoothness. On the other hand, a lot of distracting shaking or stuttering was not noticed. The LED Motion Clear setting exists, but it is best not to use it as it adds distracting noise to the image. 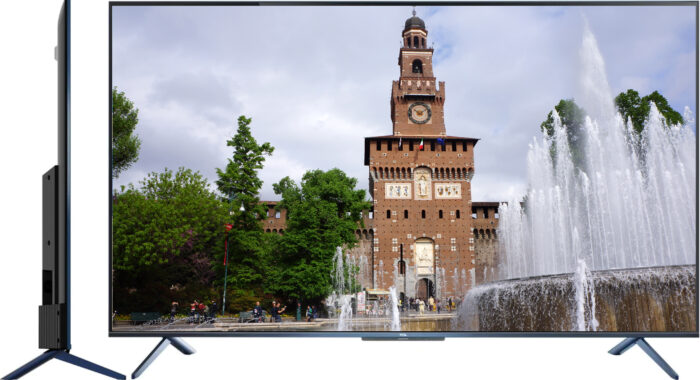 Although TCL’s 55 C715 supports HDR10, HLG, HDR10 +, and Dolby Vision standards, the HDR effect is not fully effective when viewing 4K content. This is due to the insufficient maximum brightness of the TV. However, HDR looks more efficient than SDR. QLED TCL C715 has very good colors.

You can, for example, set Dynamic Backlight to + Brightness, Micro Dimming to High, Dynamic Contrast to Off. Despite all this, the TCL C715 QLED certainly performs better in bright scenes than in dark scenes in HDR mode.

The uniformity of the screen is also not the strongest point of the C71. When watching 4K Blu-ray content, you may sometimes experience blackouts at the edges of the screen. In the daytime it is not noticeable. The problem becomes apparent when the lighting levels in the room begin to drop. Viewing angles are better than most TVs in this price range. However, colors inevitably lose their sharpness and brightness the greater the angle from 90 degrees.

Typically, the sound quality for models in this price range is often flat and not expressive. However, TCL’s wide-range speakers sound pretty good. The TCL C715 supports Dolby Atmos, but this isn’t the type of surround sound we’re used to hearing overhead.

However, with Atmos / 5.1 content, there is a bit of a sense of height. The sound is expansive, clear and detailed. Cinema mode is best for movies, while for daytime TV programs, you can select Dynamic or Standard mode.

The vocals really lack warmth, but the music sounds relatively good. Bass levels are more noticeable than similarly priced TVs. Most likely, most users will not lack a portable speaker system, which will have to be purchased for an additional fee. 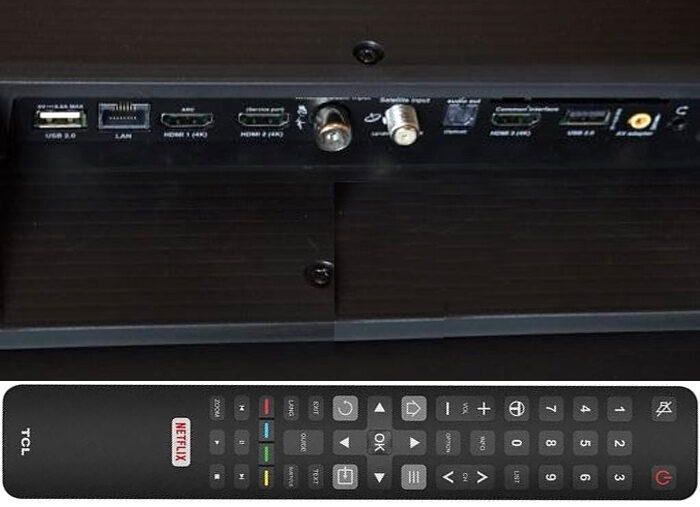 To connect to external sources, there are three HDMI 2.0b inputs, 2 USB 2.0 ports, an Ethernet port for line connection, a headphone output, an optical output, a slot for connecting paid programs and tuners for satellite and terrestrial broadcasting. Wireless connections include Wi-Fi and Bluetooth.

The image on the TCL C71 requires a little calibration, but once tweaked, the C715 delivers attractive image quality. The TV isn’t bright enough for true HDR, but its gaming performance is good, and the sound system can take away the rush to buy an external sound system.

You should buy the TCL C715 if you want a budget TV with low input latency, good sound and voice commands. Also, keep in mind that the image initially requires additional adjustment, and black unevenness becomes noticeable in darker viewing conditions.