TCL C835 Review: Bright and colorful with lots of features 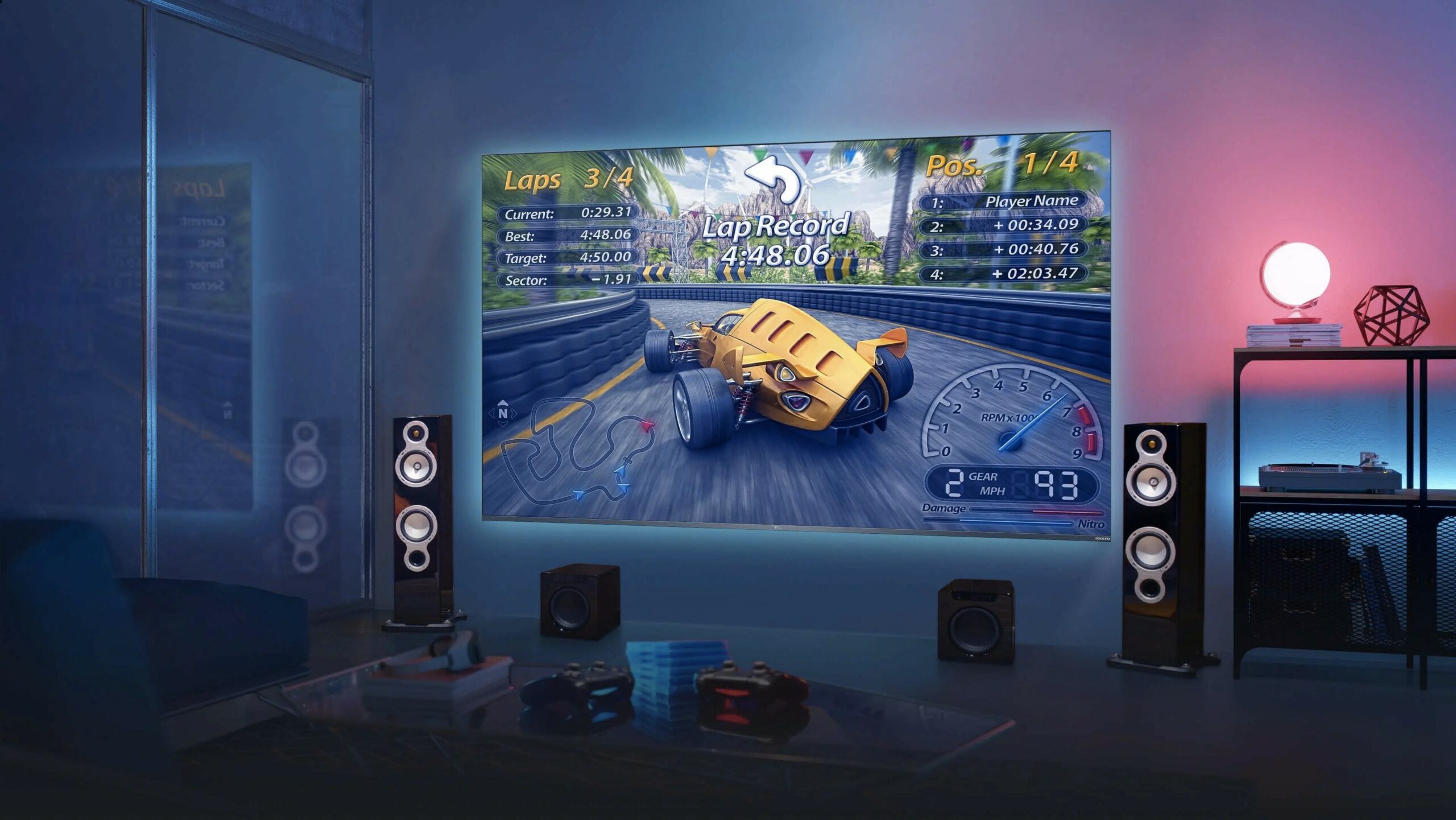 TCL C835 from the C83 series combines the highest possible quality at an attractive price. The TV is focused on picture and sound quality and is very richly equipped. This makes it a formidable competitor in the Mini LED subcategory. TCL is developing Mini LED in a very promising way. It’s essentially a QLED TV that uses mini ice as a new backlight source.

The number of full-array backlight control zones has increased to 288 (versus 160 for the previous C825 model ). In addition, the dynamic range of backlight brightness has also increased by 4 binary orders, i.e. up to 4096 steps. In the TCL 65C835 4K HDR TV review, we will take a closer look at the functionality of the new product and evaluate how high the image quality of this TV can rise.

TCL has redesigned the C835 series in several important ways compared to 2021. In any case, the TCL 65C835 TV remains not the thinnest. But where the screen seemed rather thick last year, the new model has thinner bezels with bevelled edges. In fact, the TV is as thick as last year (2.5 cm), but it seems a little thinner. 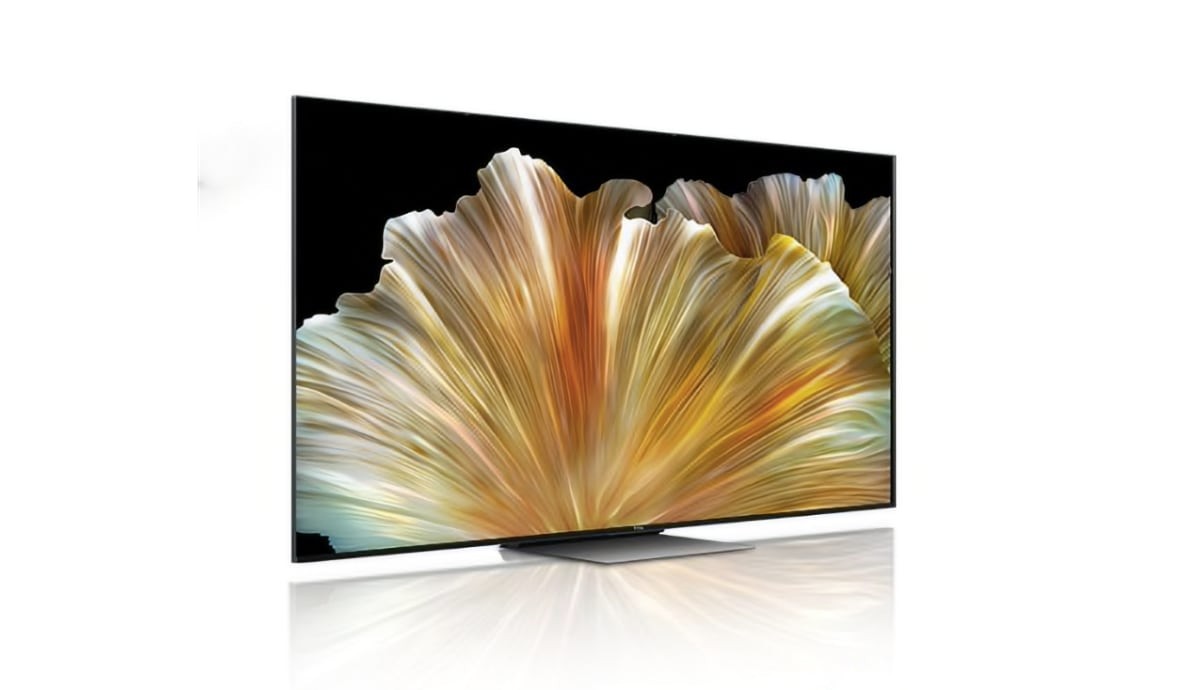 The second notable difference: the soundbar at the bottom is gone. As before, the audio design remains with Onkyo, but this is only visible on the rear panel. Finally, the 65C835 TV stand is a fairly large central base plate. Matte titanium color gives the device a neutral yet stylish look. The finish of the TV is ok. Only the placement of the power cable could be better, it’s too close to the edge.

The superior processing of the C835 ensures that images from every source look sharp and detailed. Deep intelligent learning scaling restores details based on what the processor recognizes in each image. The factory-set picture is relatively soft, so the Sharpness setting can be set to five.

Noise reduction does a good job of removing random noise from an image, but compression noise, which is visible as squares, sometimes remains. This is an area where TCL needs to improve CPU performance. As of 2021, there is also an “Enhanced Gradation” setting that can eliminate color banding in soft color transitions.

The C835 TV has a 100Hz panel. However, a slightly blurred border around moving objects makes it difficult to see the smallest details when moving. By activating the Motion Clarity setting, you will improve the smoothness of the image, but slightly blurry outlines will remain. Backlight strobing is a common solution for sharpening, but it runs at 50Hz and causes some flickering in the image.

The TCL C835 uses a Full Array Local Dimming mini LED backlight and a VA panel. The panel has very good uniformity in both dark and bright images. Unlike IPS panels, the C835 delivers a 6000:1 ANSI contrast ratio. This is even an exceptional result. But TCL didn’t just give the C835 a better panel.

The color range of quantum dots is no less impressive. C835 reaches 93% P3 and 70% REc.2020. This matches the performance of OLED, but backed up by much more brightness. As such, colors and light are a strong point of this TV, images are of immense intensity. 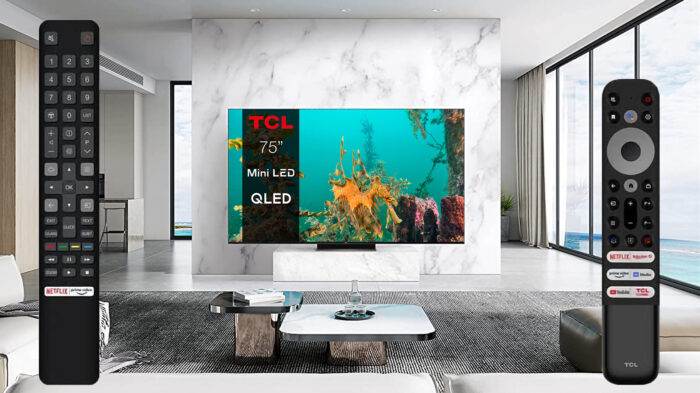 Tonal mapping of HDR10 content is very important for best results. TCL is metadata aware and shows vivid detail up to 4000 nits. To do this, leave “Dynamic Tone Mapping” activated. At the same time, the TV neatly highlights all the light ones, but the image loses a little in contrast.

HDR Film mode provides reliable calibration. The color temperature is a bit cool and too bright, but otherwise everything is fine. Besides HLG and HDR10, TCL 835 also supports HDR10+ and Dolby Vision IQ.

The matrix can support refresh rates up to 144 Hz, but this is only possible when connecting a PC, because game consoles give out a maximum of 120 frames per second. TCL has also provided a Game Bar where you can quickly view frame rate information and adjust certain settings.

Under the hood of the TCL C835 series, the quad-core ARM Cortex-A73 processor with 3GB RAM and Mali-G52 MP GPU is still used, which are powerful enough for a smooth user experience. The C835 runs Android 11 and now also features the Google TV interface.

This wrapper provides many content recommendations. The settings menu can be easily found in the Google TV menu. The settings are well structured, have logical groups and smooth navigation. Often they occupy a relatively large part of the screen. TCL ships two remote controls with this device.

One of them is a regular TCL remote. It has remained unchanged for several years, it is long and narrow with nice rubber keys. The Google TV remote is new and clearly aimed at the streaming viewer. It works via Bluetooth, so you don’t have to point it at your TV. The three buttons at the bottom are for the most commonly used streaming services: YouTube, Netflix, and Prime Video.

Three others lead to the media player, TCL channel and TCL Guard. TCL is a separate streaming service with trailers and (very) old movies. TCL-Guard is a kind of TV cleaning service. It checks applications, removes unused files and so on. This remote is very handy, if only because it is much simpler than the classic TCL remote, but also because it offers faster access to all functions. 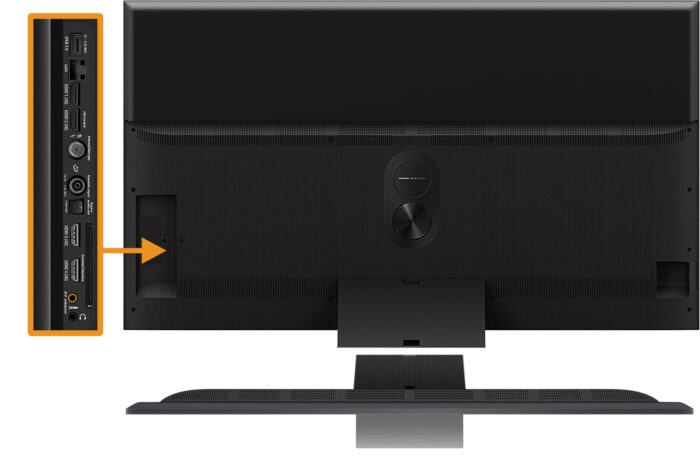 The TCL C835 model is equipped with a TV tuner for digital television (DVB-T2/C/S2) and a CI+ slot. Recording is not possible, TCL only offers this feature if the model is equipped with a dual tuner. In addition to the Chromecast, TCL has also equipped the C835 with Apple Airplay 2. There is a multi-view option that merges TV content and the smartphone on the screen, but so far it only works with TCL smartphones.

The sound solution is very similar to last year, although the soundbar is no longer visible under the TV. Onkyo supplied a system of two 2 x 15W down-firing speakers with an additional 30W woofer in the rear. It’s certainly generous in terms of power, and you’re bound to hear it.

When the volume control is turned halfway, we are surrounded by laser beams of Tie-Fighters and X-Wings. The sound has a very good surround effect, especially if you choose Dolby Atmos tracks. For listening to music, it is better to turn this option off so that the sound does not become too harsh. The C835 delivers good sound quality with plenty. For a subtopper, this is a great result.

All C835 connections are on the side. These are two HDMI 2.0 ports and two HDMI 2.1 ports. The latter have a bandwidth of 48 Gbps. They support 4K@120, ALLM, VRR and eARC . The connectivity list also includes one USB port, cinch composite video and stereo audio input, two antenna connections, an optical digital output, and a headphone output. Rounding out the list are Ethernet, WiFi, and Bluetooth (for mouse/keyboard or wireless headphones).

If you’re looking for a bright and colorful 65″ TV with lots of features, then the TCL 65C835 fits the bill. It’s hard to point out cons, especially in terms of picture and sound. This TV provides more than enough quality for its price.