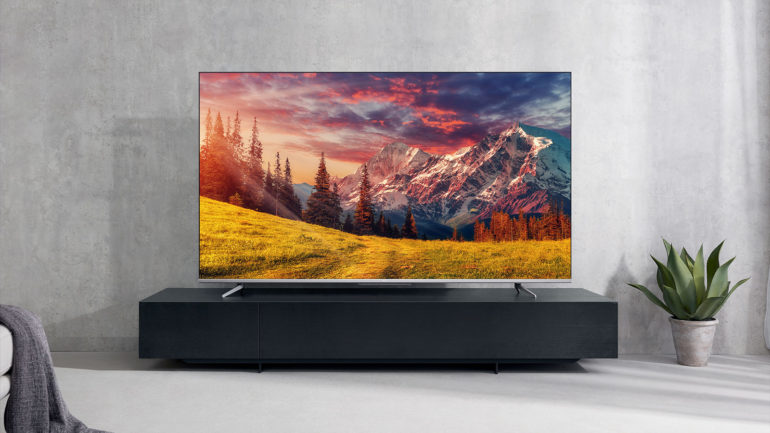 Among the best TVs last year by TCL, two series can be noted, which appeared on the Russian market in early autumn 2020. These are TCL C717 and TCL P717 TVs. They are replacing last year’s versions and may be a welcome purchase ahead of Black Friday.

The letter “C” in the name of the current series speaks of the applied QLED screen technology. Let’s recall the models of previous years – then it was difficult to understand the manufacturer’s technological solutions and it was possible to focus only on the series number. This time I would like to consider the TCL 50P717 4K UHD TV review as a representative of one of the new products.

Since we are talking about the P717 series from TCL, then we must not forget about the existence of a similar version of the TCL P715, which practically becomes one of the list of inexpensive 4K TVs in 2020. Unfortunately, the 715 and 717 series did not get Dolby Vision support like the C717 or C815 . But now all models of this year are running on the updated Android 9 Pie operating system.

TCL has created the P717 series with aesthetics in mind. It’s a minimalist design that demonstrates the appeal of on-screen action without distracting attention to the bezel. Here we see the maximum space of the entire matrix, bordered by a thin metal frame. This 50P717 design looks great in any room.

The bezel-less look and silver underside of the TV give the screen a light and beautiful feel. One of the advantages is the convenient location of the stand legs, which allows the 50P717 to be placed on a smaller surface than other similar TVs. As usual, a VESA 200 × 200 mm standard is provided for wall mounting. TCL P715 / P71 series TVs have native 4K resolution. Naturally, the manufacturer has developed its own algorithm for scaling and optimizing FHD or 2K content up to 4K resolution. Self-development is a good thing when it is optimal and has good performance. But an important factor in image quality is HDR support.

And in the P717 series under consideration, of the interesting moments, only HDR10 can be observed. Therefore, high dynamic range picture and frame-by-frame intelligibility are accompanied by improved tones, brightness and contrast and are displayed correctly only in this input content standard.

Next, we can note the automatic optimization of colors on the screen. The “Dynamic Color Enhancement” function is another development of TCL, which, in addition to the correct colors, expands the limitations of the source palette to brighter and higher quality scenes. Local dimming is done via Micro Dimming and has 1296 separate zones. This Direct LED backlight control option intelligently adjusts brightness and handles blacks no matter where you install the 50P717. Despite the declared support for HDR, the applied VA matrix from CSOT cannot produce a maximum brightness higher than 270 nits.

The TCL P71 series of TVs have a color depth of 8 bits, or rather a pseudo 10-bit is nothing more than 8 bits + FRC . Matrix model ST5461D07 operates at 50/60 Hz and with all processing algorithms has a contrast ratio of approximately 4500: 1. In the more advanced TCL models, this figure reaches 5000: 1, but not in these series.

Android smart TVs have shown significant sales growth in recent years. This is most likely due to falling prices and strong demand for streaming content. For example, Netflix is present in almost all modern 4K TV models. Based on this, TCL is one of the leaders in the production of affordable 4K models on Android.

The P717 series comes with all the streaming apps you need from the factory, so streaming content isn’t a problem when looking for entertainment. In addition, the manufacturer claims hands-free control via Google Assistant. This can be done from any distance using the microphones built into the TV.

All new TCL models are equipped with Android 9. In general, the operating system performance is at a good level thanks to rather powerful hardware solutions. Summarizing the OS and design capabilities, we can say that the cost of this 50-inch model 50P717 is quite justified. Undoubtedly, TCL’s P71 series Dolby Audio support provides a slightly realistic dialogue clarity and some volume in movie playback. The 50P717 has a pair of 9.5 W speakers with a 2.0 sound scheme. There is nothing to marvel at in this section, but there is a port for an optical cable. Therefore, using a separate soundbar is recommended.

The interface part of the TCL P717 series TVs does not differ from similar new models in 2020. As we mentioned earlier, all connections are made from the right side of the 50P717 TV. The owner gets a pair of USB 2.0 ports and a triple HDMI 2.0.

A standard Ethernet interface and built-in Wi-Fi provide a LAN or Internet connection. AV component and S / PDIF ports for video connections. From terrestrial connections there are antenna and satellite connectors. Complementing all this is a 3.5mm audio output.

The pixel response time is stated at 9.5 ms, while the input lag in normal playback mode is about 65 ms. In game mode, this figure is 19ms, which is quite good for connected game consoles. However, due to the limited maximum brightness, games in HDR mode are not as good as we would like.

The TCL 50P717 is ideal for older people who are used to watching TV in close proximity to the screen. For large rooms, classrooms, or clubs, this may not be suitable due to the limited viewing angle. Here we need TVs with IPS screens.

The limited HDR standard and low sound power are the main disadvantages of the reviewed series. On the other hand, the pricing policy of the manufacturer is captivating and the TCK P717 series of TVs can be considered as a starting version of the 4K model.