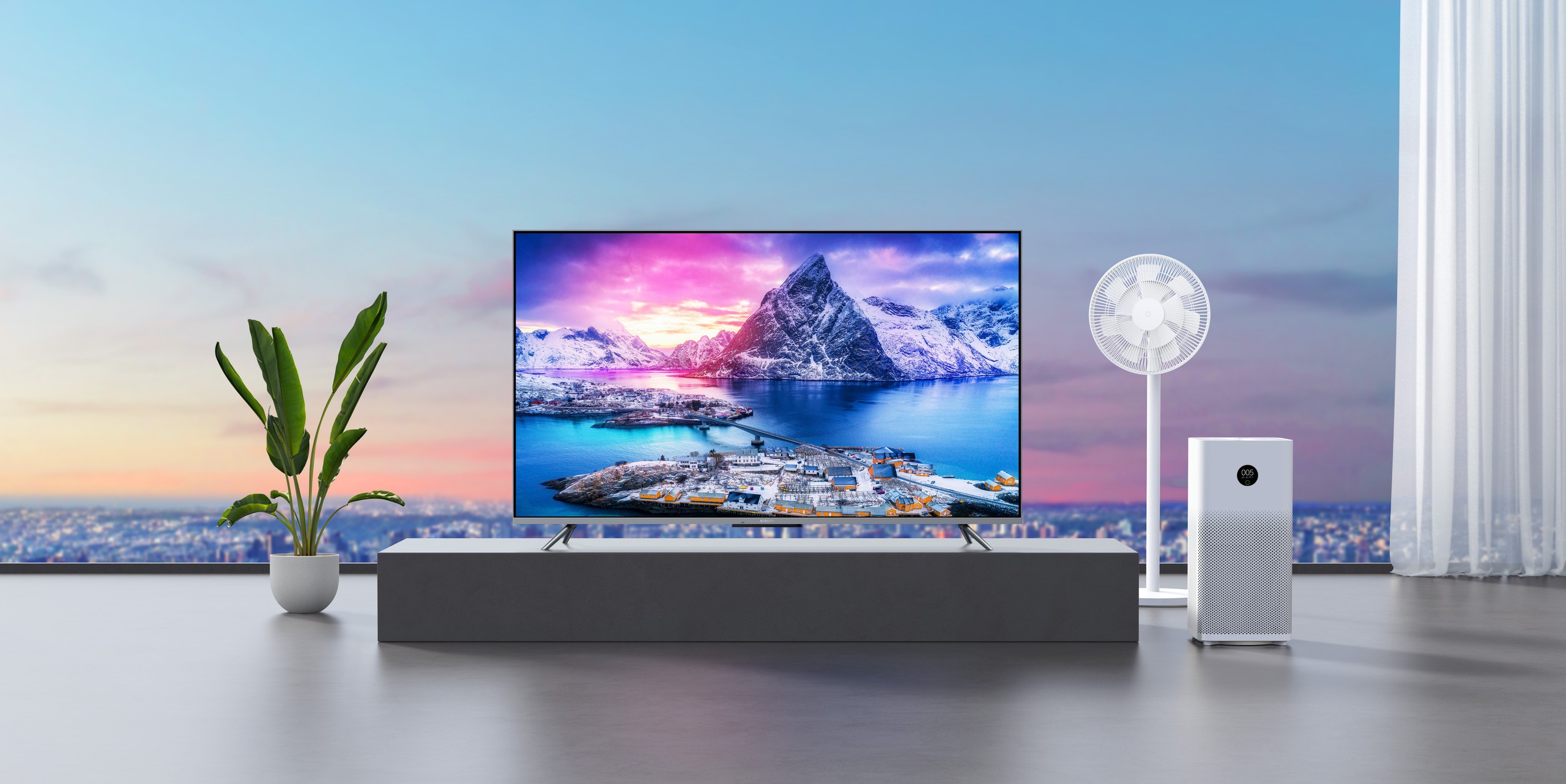 Xiaomi TV Q1E is a 55-inch QLED model. Once again, the brand is democratizing the 4K TV market in 2021 by dramatically lowering the price tag for the QLED segment. Xiaomi QLED TV 55 is a really good option for everyday viewing of various programs and films. However, if gaming mode is a priority, then after reviewing the Xiaomi TV Q1E, this model will not be the main recommendation.

In recent years, Xiaomi has been working to ensure that the company’s image is formed from a full range of TV models and adequate prices. In part, this has been done from branching the Redmi brand into a separate organization to focus on more affordable smart devices across different product lines. 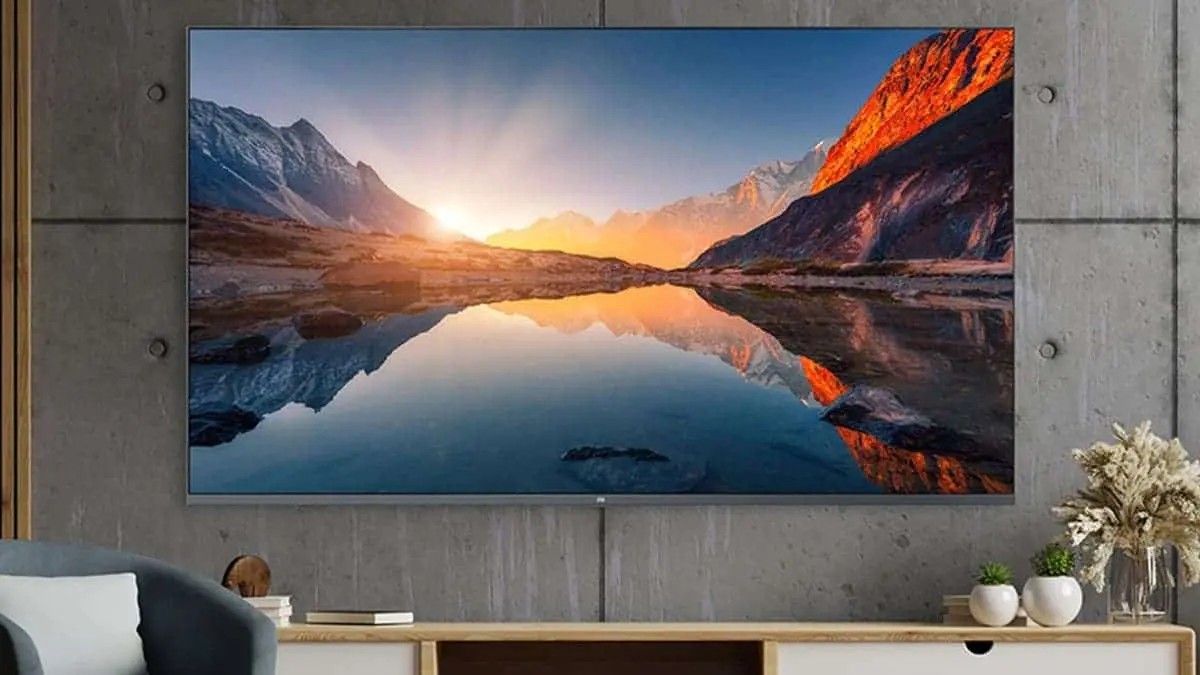 Obviously, this strategy is correct as the brand starts to get more ambitious with an expanded portfolio. Along with high-end smartphones, Xiaomi introduced the QLED model from the Q1E series in the spring of 2021. However, in addition to the difference in size with the Xiaomi Q1 series and the presence of QLED technology, there are changes in the specifications.

The Xiaomi TV Q1E series has received a single 55-inch diagonal so far. Design inspiration is embodied in the premium model. Therefore, the autumn premiere of Xiaomi TV 55 Q1E will be one of the premium TVs of this brand. It’s clear that Xiaomi pays a lot of attention to detail. 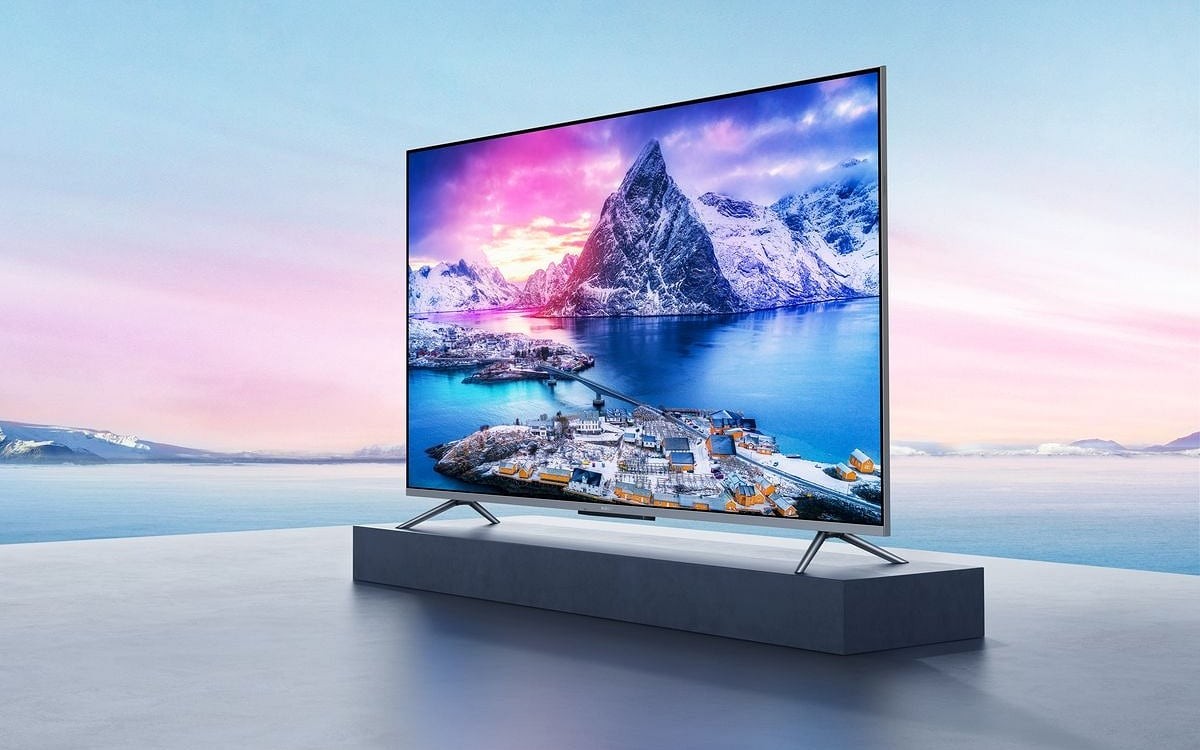 Let’s start our acquaintance with a general view. The display of the TV Xiaomi TV Q1E has thin bezels. Along the entire perimeter, the matrix is ​​framed by a dark silver frame with a minimal logo at the bottom of the screen. A nondescript logo is located at the front and center, while a subtle “Designed by Xiaomi” logo is placed on the right side of the bezel.

The difference from Xiaomi TV Q1 is the TV stand. The side Y-shaped metal legs of the stand are again present. In this design, the look is pretty pretty. The TV is, of course, compatible with VESA mount 200×200 mm. The interface section is located on the left side of the back of the TV cabinet. The connectors are facing left and down. 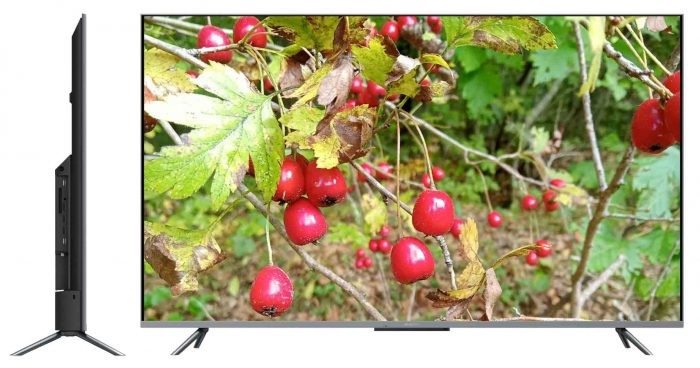 For different connections, the user has the same set as in Q1. The only difference is that there is no HDMI 2.1 port . That is, the usual three HDMI 2.0 ports with eARC support. Further, there are two USB 2.0 ports, Ethernet, an audio jack, and an optical audio output. It is fair to say that the port selection is reliable but not up-to-date.

In terms of wireless connectivity, the TV includes both Bluetooth 5.0 and Wi-Fi, and everything around it works very well on wireless. No problem streaming high bitrate content from your local server. Streaming services work great in 4K resolution. The connection is very good, even if the Q1E TV was at a sufficient distance from the Wi-Fi router.

The key difference between Xiaomi Q1E TVs is the Patchwall interface. And let this shell be called by the manufacturer Patchwall, but in fact the TV runs on Android TV 10, which can be seen in the settings menu. Yes, this UI isn’t as flamboyant as, say, webOS on LG TVs, but it makes up for that by integrating with a wide range of regional and international streaming services. More importantly, the Xiaomi Q1E TV uses DTH or “Direct to Home” services and easily adds them to the interface.

What does this mean for the user? Top recommendations, such as universal search across 23 streaming services (market dependent), and can also connect to over-the-air TV for recommendations and suggestions. This all works pretty well if you are a terrestrial TV buff, and is a nice addition to the cost.

By the way, the user can easily switch to the standard Android TV interface with the click of a button if the customer prefers the standard interface. The set of functions has a built-in Chromecast, but it is not announced for the Russian market. This should be clarified further upon purchase.

Unfortunately, sometimes you can observe the interface freezing for a few seconds. During this time, the volume control is also sometimes blocked. There were times when the remote was completely unresponsive. That being said, many of these bugs will be fixed in the next update. However, there is no known software update schedule. 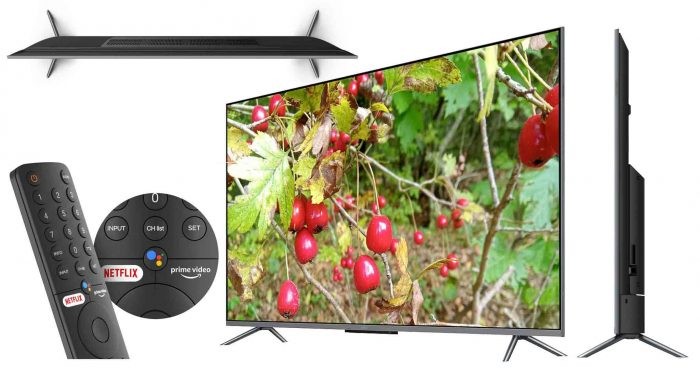 The Xiaomi Q1E comes with a unified remote control. It is suitable for TV and external streaming devices. This is a definite plus for the delivery. It would have been nice to see a premium remote given the Q1E TV’s location in the 2021 model lineup. The supplied Xiaomi remote gets the job done, although there may be some issues we mentioned earlier.

The remote has buttons for direct access to Netflix and Prime Video, as well as buttons for switching to Patchwall mode or the Android TV interface. Unfortunately, there is no function of separately programmable buttons by the user, but we would like to have such a function. There is one peculiarity in the operation of the remote control – when the volume button is pressed twice, the sound is muted (Mute). However, it is all too easy to mute the TV volume accidentally by quickly pressing the volume control.

Like many other TVs, the standard color calibration is not very impressive when first turned on. However, if you spend a little time adjusting the picture, you will have much more fun with the Xiaomi Q1E model. There is a wide range of picture settings, and just lowering the backlight level, sharpening and turning off MEMC can make huge differences.

The contrast levels in the Xiaomi Q1E QLED are excellent and the black levels are especially good thanks to the total dimming. Many users are partial to QLED panels, but Xiaomi Q1E TV shows its best side.

In short, the image quality of the panel is very good after calibration. As for games, there are some peculiarities. Firstly, the panel itself is rated at 60Hz, the Xiaomi Q1E TV cannot receive an external 120Hz signal in 4K due to the decoder used. This means that next-gen consoles are deprived of support for 120Hz in 4K. Other than that, there is no support for variable refresh rate (VRR). So “with an eye to the future” is not the right model. 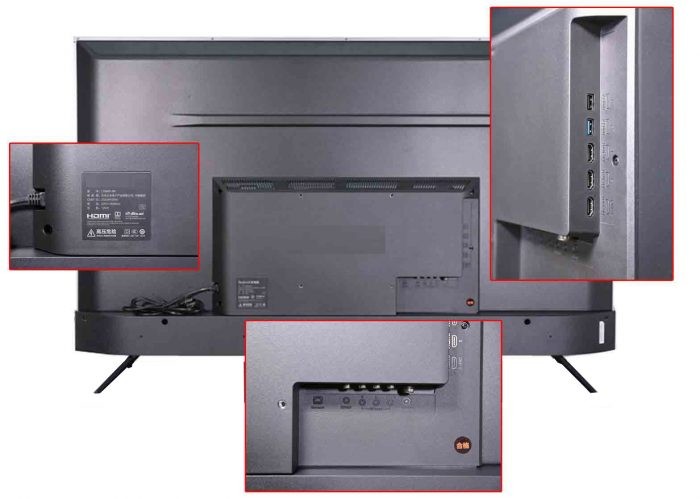 The Xiaomi Q1E model is equipped with a 2.0CH sound circuit, offering a total of 30W of power output using two tweeters and four woofers. We can say that the sound is enough. However, all this power does not match a well-divided soundstage.

Even though the speakers are scattered across the bottom of the Q1E QLED TV, the volume has to be constantly adjusted to ensure dialogue is well defined. Xiaomi’s Q1E TV supports eARC over HDMI and can transmit Dolby Atmos and DTS-HD audio to the receiver if you want to add it to your home theater system.

Official site for the Xiaomi TV Q1E can be found here.

Xiaomi TV Q1E was developed by the company for the mass market. If all you need is to watch movies on a good screen, then this model is quite suitable for the undemanding viewer. Once set up, the picture looks very good and you shouldn’t discount the cost of the TV.

The aesthetics of the Q1E blend well with most decors. This product will surely push other TV manufacturers to lower their prices for QLED, as Xiaomi is the catalyst in this area. Thus, Xiaomi TV Q1E is an excellent offer for avid filmmakers and TV shows, but this model is contraindicated for gamers.

Advertisement
X
Subscribe to get the best Tech news and reviews of the week.
By signing up, you agree to our Privacy Notice and European users agree to the data transfer policy.
Close
10/10/2021